Please ensure Javascript is enabled for purposes of website accessibility
Log In Help Join The Motley Fool
Free Article Join Over 1 Million Premium Members And Get More In-Depth Stock Guidance and Research
By Harsh Chauhan - Updated May 8, 2018 at 12:29PM

All is not lost for Fitbit despite a slow start in the smartwatch industry.

Co-founder and CEO James Park was extremely confident in his company's prospects in 2015, boasting of an eight-year tech lead over its rivals. But it doesn't take long for consumer preferences to change. 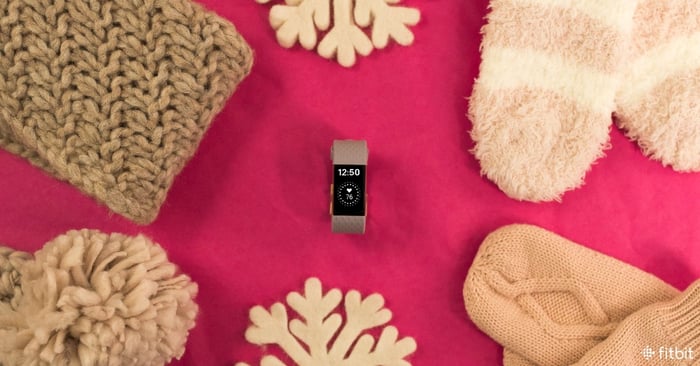 Smartwatches eventually captured the market's attention as they could do more than just track fitness activities. Fitbit missed this shift toward smartwatches, allowing Apple (AAPL 0.88%) to poach its premium customers, while the fitness tracker market was overrun by budget Chinese competition.

Fitbit's lost pricing power and the demand for its fitness trackers fell.

Apple has crushed Fitbit in smartwatches

IDC estimates that Apple increased its wearables market share (including both smartwatches and fitness trackers) to 21% at the end of the fourth quarter of 2017, up from 14.4% in the year-ago period. The company sold an estimated 18 million Apple Watches in 2017 as compared to 12 million in 2015. This massive leap has a lot to do with the increasing demand for smartwatches, which saw a 20% sales increase in 2017, according to Gartner, as compared to an 18% decline in fitness tracker sales.

Fitbit's first smartwatch hit the global market only in the third quarter of 2017. By comparison, Apple's smartwatch is already in its third generation. What's more, Apple has established a terrific stronghold in the smartwatch space. Cupertino reportedly controlled 61% of the global smartwatch market during the fourth quarter of 2017, with second-placed Samsung occupying 8.4% market share.

The cheapest Apple Watch sells for $329 and prices go up to $1,399, which means that it sold at least $6 billion worth of smartwatches last year (assuming that all estimated 18 million Apple Watches were sold at the base price). This means that Fitbit's 2017 revenue was, at best, around a fourth of Apple's total smartwatch revenue.

Assuming that Apple holds just 40% of the smartwatch market in the long run, its shipments would rise to 30 million units in 2021 when overall sales are expected https://www.gartner.com/newsroom/id/3790965 to be 81 million. So, Apple's smartwatch revenue could rise to at least $10 billion in the next four years (assuming a base price of $329 for a smartwatch).

This is the benchmark figure that Fitbit needs to go after, but it is still a long shot as its revenue is expected to drop 8% this year to $1.48 billion. Analysts don't expect much of a turnaround in 2019 either as the top line is expected to grow just 2%, but one shouldn't be discounting Fitbit's efforts just yet as its recent products have received a warm response and it has time on its side.

But investors should remember that it was selling just one smartwatch then -- the Ionic. The good part: Fitbit has expanded its smartwatch line-up with the Versa, a budget version of the flagship Ionic.

While Fitbit's Ionic was priced dangerously close to the base Apple Watch at $300, the Versa is substantially cheaper at $200. Moreover, the Versa is just $50 pricier than the Charge 2 HR fitness tracker. This should help the company move more of its users into its nascent smartwatch ecosystem.

As we have already seen, Fitbit was on a terrific growth streak in 2015 and 2016 when its active user base was growing at a terrific pace.

But one thing became very evident in 2016 -- poor user retention. Fitbit's percentage of registered users who were active users dropped sharply in 2016.

The sharp drop proved to be Fitbit's Achilles' Heel as active user growth flatlined, and the lack of a smartwatch led to a massive drop in device sales as existing users didn't feel the need to upgrade. The good news, however, is that Fitbit still has over 25 million active users, and the Versa is the ideal entry point for an existing Fitbit customer into the smartwatch world given its pricing and features.

The Versa's lightweight and compact form factor, along with useful features such as being water-resistant up to 50 meters and a long battery life have earned it rave reviews. Time Magazine calls it the biggest threat to the Apple Watch by far as it is reportedly good at activity tracking and delivering notifications, the two features buyers look out for the most when purchasing a smartwatch.

Fitbit users can also choose from more than 550 third-party apps from companies including Yelp, Starbucks, and Pandora. So, Fitbit seems to have finally delivered a good product that could help it cut its teeth in the smartwatch space. The Versa could provide the much-needed shot in the arm to the company.