Please ensure Javascript is enabled for purposes of website accessibility
Log In Help Join The Motley Fool
Free Article Join Over 1 Million Premium Members And Get More In-Depth Stock Guidance and Research
By Keith Noonan, Keith Speights, and Nicholas Rossolillo - May 11, 2018 at 7:09AM

These three stocks could deliver big long-term wins for investors willing to travel a bit off the beaten path.

In the same way that prioritizing growth typically means taking on more risk in pursuit of greater returns, investing in companies at early stages of their development means embracing greater uncertainty. More well-established growth stocks have their advantages -- among them, a wider breadth of available business information and a tendency toward more-predictable performance -- but a strict adherence to market darlings would also cause you to miss out on the next great growth stories.

With that in mind, we asked a panel of Motley Fool investors to identify some promising growth stocks that aren't yet the talk of the town. Read on to see why they think Editas Medicine (EDIT 3.76%), IQiyi (IQ 1.03%), and Splunk (NASDAQ: SPLK) could be big winners. 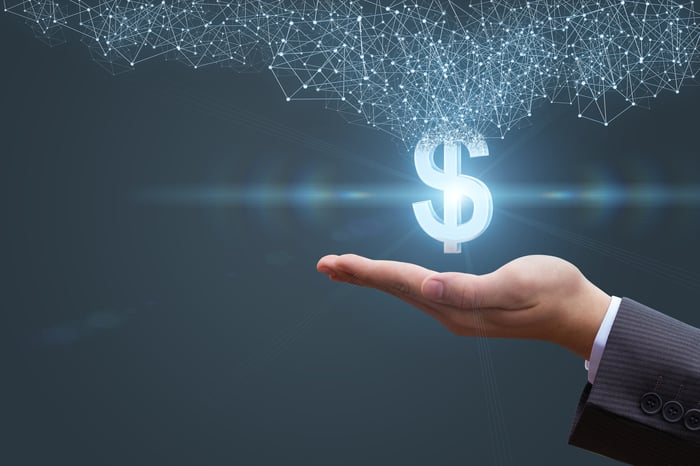 This biotech is genetically advantaged

Keith Speights (Editas Medicine): Many people might hear the term CRISPR and immediately think of the compartment at the bottom of their refrigerators where they put fruit and vegetables. But CRISPR, which stands for Clustered Regularly Interspaced Short Palindromic Repeats, is actually a potentially game-changing method of gene editing. And one of the top pioneering biotechs focused on CRISPR is Editas Medicine.

Editas is using CRISPR gene-editing technology to target several diseases. The company's lead candidate is EDIT-101, which edits a gene in retinal tissue to treat Leber Congenital Amaurosis type 10 (LCA10), the most common genetic cause of blindness in children. Editas plans to file for FDA approval to begin phase 1 clinical testing of EDIT-101 in humans within the next few months.

How promising is EDIT-101? Enough to attract the attention of Allergan (AGN). The big drugmaker paid $90 million up front to Editas in 2017 for the option to license up to five of the small biotech's programs, including EDIT-101. Juno Therapeutics, which was acquired earlier this year by Celgene (CELG), has also partnered with Editas to use CRISPR in genetically engineering T cells for cancer therapies.

It's still really early for EDIT-101. However, for investors who aren't afraid of taking on significant risk -- and who can wait a few years for the biotech's technology to advance -- Editas Medicine could be a huge winner.

A bet on Chinese streaming

Keith Noonan (iQiyi): That a company sometimes referred to as "the Chinese Netflix" could be flying under the radar roughly a month after its initial public offering is somewhat confounding, but that appears to be the case with iQiyi. Like Netflix and Hulu, iQiyi produces its own content and hosts third-party shows and films, but it also has the benefit of operating in the rapidly growing Chinese market.

It already counts roughly 420 million users across its platform -- with the large majority using the company's ad-supported service. The expectation that the company can expand its paid-user base will be crucial to validating the bull case, but iQiyi looks to be having success on that front. Its paid-subscriber count has grown from 10.7 million at year-end 2015 to 50.8 million at the end of 2017. For comparison, Netflix has roughly 110 million paid subscribers.

The Chinese film industry has seen rapid expansion over the last decade, and it's a good bet that direct-to-consumer streaming options will continue to see growth in the country as well. The average per-household discretionary spending among urban Chinese is expected to rise from roughly $4,000 in 2010 to $8,000 in 2020, and these middle class urban areas are also seeing rapid population growth -- meaning more people making more money. That's a trend that bodes well for entertainment-focused companies.

Although iQiyi has yet to achieve profitability, it managed to increase sales roughly 57% year over year last quarter and is valued at just 4.3 times its 2017 sales. That's an attractive level given evidence of strong sales momentum and plenty of room for growth down the line. Also, iQiyi should benefit from its relationship with Baidu, China's largest search engine and the company that iQiyi was recently spun off from. There may be some bumps in the road, but I think that iQiyi stock has the potential to be a big winner for long-term investors.

Nicholas Rossolillo (Splunk): The amount of data being created by billions of connected devices and systems around the world is only increasing every year. While numerous companies that deal in information may come to mind, Splunk usually isn't on the list for most.

That's because Splunk's services are for big enterprises. The company's software organizes unusable raw data into a format that can spot trends, recognize anomalies, and in general help an organization make decisions with its information. An artificial intelligence system is also offered, to use that organized data to make predictions. Splunk's abilities can be used in a wide array of applications, including cybersecurity, fraud protection, fleet and asset tracking, and website monitoring.

Business has been on a roll; revenues have more than doubled the last three years. However, Splunk is still a relatively small company. Total sales in 2017 were just $1.27 billion, and total valuation based on market cap is at $15.6 billion as of this writing.

Management thus feels it has plenty of room to keep expanding. The next milestone is $2 billion in annual sales and 20,000 total customers, both of which the company hopes to hit by 2020. If Splunk keeps rolling at double-digit growth rates, it could become more of a household name in short order.