Please ensure Javascript is enabled for purposes of website accessibility
Log In Help Join The Motley Fool
Free Article Join Over 1 Million Premium Members And Get More In-Depth Stock Guidance and Research
By Keith Noonan - Updated May 11, 2018 at 3:12PM

Shares of the small-cap biotech climbed following news that the company would proceed with inhalation-based dronabinol delivery tests. 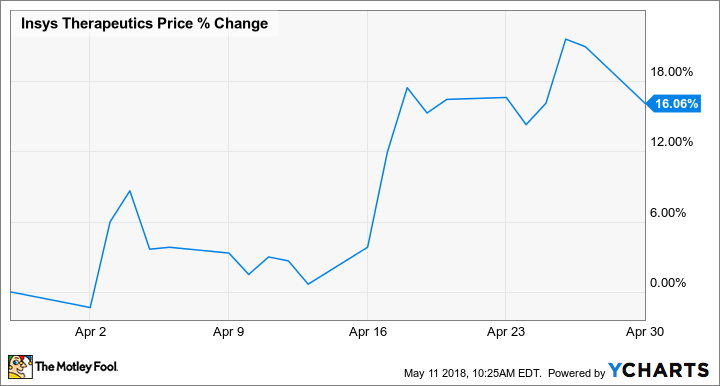 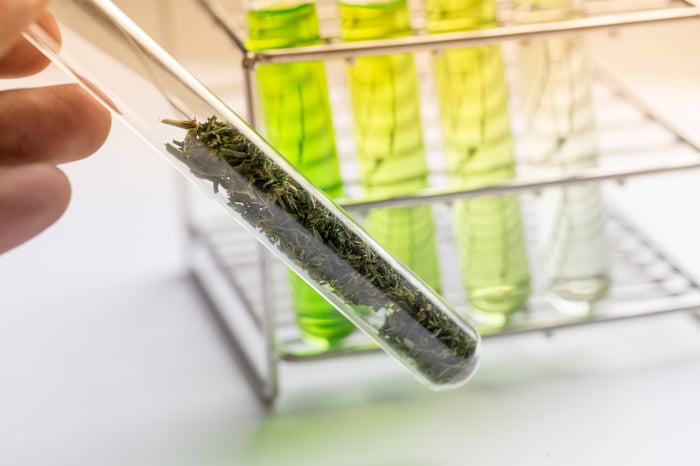 Insys published a press release on April 18, announcing that it would move forward with clinical research on an inhalation-based dronabinol delivery system. Dronabinol is an artificially created compound that contains cannabinoids from marijuana plants. Insys's announcement said that the company would test delivery of the compound using an inhalation device licensed from U.K.-based company Senzer Ltd.

Senzer CEO Alex Hearn commented on the partnership with Insys and described the benefits of his company's inhalation device:

We are excited to be supporting Insys on its clinical development program for dronabinol inhalation. The device we have licensed to Insys is a unique inhalation system -- distinct from a nebulizer -- because it does not require a battery or a heating element to operate. Importantly as well, the technology inside the device has already been approved by the U.K.'s Medicines and Healthcare products Regulatory Agency, the MHRA.

Insys plans to continue studying dronabinol inhalation as a treatment for AIDS- and chemotherapy-related anorexia and agitation in Alzheimer's. The clinical testing for the inhalation-based dronabinol delivery will take place in the second half of 2018.

Insys reported earnings on May 8. During the company's conference call, CEO Saeed Motahari indicated that the company's research and development initiatives are gaining momentum. The company continues to shift its focus from opioids to cannabinoids, but some outstanding legal issues related to its opioid-based products could be a source of negative pressure for the stock going forward.

Insys is facing a Department of Justice investigation related to its marketing for Subsys -- a fentanyl-based cancer pain treatment. The company is also facing series of lawsuits related to its sale and promotion of Subsys from state governments and class-action claimants.

The announcement that clinical research of inhalation-based dronabinol will commence is good news, but it's just one of many moving parts for Insys.