Please ensure Javascript is enabled for purposes of website accessibility
Log In Help Join The Motley Fool
Free Article Join Over 1 Million Premium Members And Get More In-Depth Stock Guidance and Research
By Jeremy Bowman – May 12, 2018 at 11:17AM

Both companies are showing the meaning of pricing power.

Consumers never like to pay more, so it wasn't surprising that Amazon (AMZN -3.01%) Prime's price increase, from $99/year to $119/year, was greeted with a collective groan. Some critics accused the company of backing away from its historical promise to keep prices low for consumers, while surveys showed Prime users balking at the price increase.

One poll from Dealnews found that 49% of respondents said they wouldn't pay the higher price. However, such cancellation threats are often overrepresented.

Investors wondering how consumers will react to Amazon Prime's upcoming price increase are in luck. One of Amazon's closet peers, Netflix (NFLX -4.49%), just implemented a price increase of its own. Let's take a closer look. 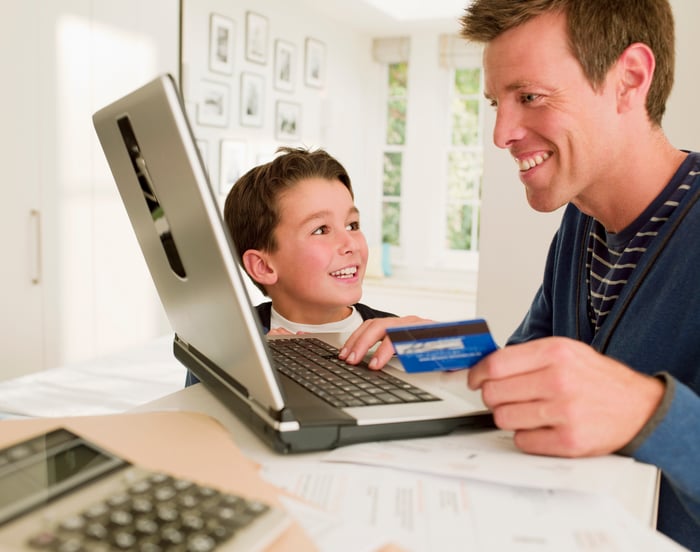 Last October, Netflix announced it would raise prices for its standard package for U.S. subscribers from $10/month to $11/month. Wall Street applauded the move, sending the stock up 7% over the next two days, and that response has been validated.

Netflix subscribers have barely flinched at the price increase, as domestic subscribers jumped 1.96 million in the first quarter, a significant improvement from the 1.42 million members it added in the quarter the year before. Meanwhile, overall revenue growth accelerated to 40%, its fastest pace since 2011, and that figure is expected to increase again in the second quarter as the streamer's results continue to benefit from higher prices. Clearly, Netflix subscribers were unbothered by the price hike.

Amazon Prime and Netflix have become two of the most popular subscription services of the internet era, drawing more than 100 million subscribers globally -- and for good reason: They offer tremendous value. Netflix increases its content budget every year and is expected to spend $7.5 billion to $8 billion this year on original and licensed movies and television, which include 700 original TV series -- much more than a traditional network could ever carry.

Compared to the traditional cable model, Netflix still is an incredible bargain, as the average cable package is around $100/month. Even other streaming services like HBO Now ($15/month) and ad-free Hulu ($12/month) are more expensive.

Amazon Prime and its smorgasbord of benefits similarly offer subscribers a great value for the price. In addition to free two-day shipping on millions of items, Prime subscribers get access to Amazon Video and Music streaming, cloud storage, the Kindle Lending Library, and other perks. Following its acquisition of Whole Foods, Amazon is rolling its Prime benefits into the supermarket chain and is planning free two-hour delivery from all Whole Foods locations by the end of the year.

For both Netflix and Amazon, there's a direct line between the costs of the product and recent price hikes. Netflix is increasing content spending from an estimated $6.3 billion last year to $7.5 billion to $8 billion this year, and the streamer even is taking on billions in debt to fund the expansion, as its free cash flow is expected to reach negative $3 billion to negative $4 billion this year. In other words, the product is getting better, so it only seems fair for prices to creep up.

Similarly, Amazon continues to stuff Prime with more benefits. It's making more products available for two-day delivery and for Prime Now, which brings orders to customers in select metropolitan areas in two hours. The company's plan to include all Whole Foods stores within Prime Now is going to be expensive, so the price hike is understandable.

Over the last year, Amazon's shipping costs have increased 38%, to $23.4 billion, while sales from its online stores, which still make up the majority of its revenue, only increased 18% during that time. Amazon no longer reports shipping revenue or the income it generates from fees and Prime memberships that go to fund shipping, but when it did, revenue regularly fell billions of dollars short of costs.

Prime and its free-shipping promise are a loss leader for Amazon, and raising prices is an attempt to keep the gap between shipping and revenue reasonable, especially as it ramps up Whole Foods delivery. As with Netflix, Prime customers seem to understand that the service is continually getting better and are willing to pay more for it. The company increased the price for Prime from $79 per year to $99 per year in 2014 with little pushback.

For both companies, the price hikes essentially amount to pocket change. Netflix is asking subscribers to shell out an additional $0.23 per week, while the increase for Amazon Prime of $20 per year increases the amount to $0.38 per week.

Neither company discloses churn or the number of subscribers who leave the service each year, but we can assume that the figure is low or even negligible. For Prime, renewal rates are estimated to be around 95% for second-year subscribers. In other words, once consumers have had the service for a while, they're hooked.

Don't be fooled by surveys that say otherwise. The price hike worked for Netflix; it will work for Amazon Prime, too.