It took less than a year for the largest initial public offering (IPO) of a marijuana stock in history to be topped. MedReleaf's IPO in June 2017 raised $75 million and ranked at the time as the biggest North American marijuana stock IPO ever. But another pot stock now claims that title.

The Green Organic Dutchman (OTC:TGOD.F), or TGOD, completed its IPO on the Toronto Stock Exchange on May 2, 2018. The marijuana grower raised 115 million Canadian dollars -- close to $90 million in U.S. dollars -- making its IPO the largest by a cannabis stock to date. Is this brand-new pot stock a smart pick for investors? 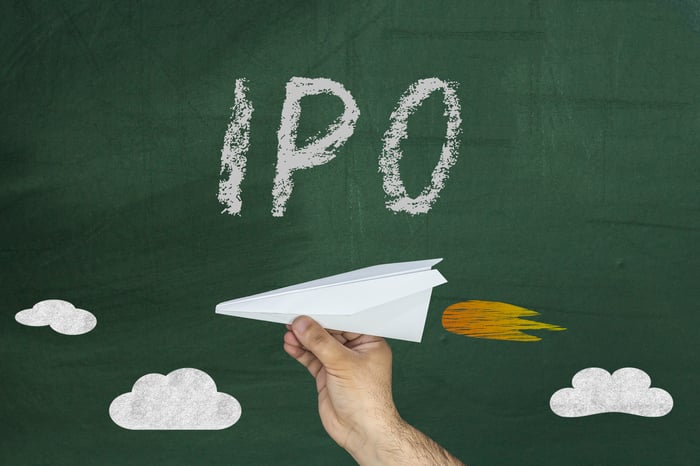 Bet on the jockeys?

There's an old expression in horse racing: "Bet on the jockey, not the horse." This adage also can apply to new companies. A strong management team can make the difference between success and failure.

TGOD's CEO Rob Anderson has more than 22 years experience in capital markets and financing. Prior to joining TGOD, Anderson served as president and CEO of Access Capital, a venture capital company that provides mergers and acquisitions, financial restructuring, advisory, and capital raising services for public and private companies.

While Anderson brings critical expertise in raising funds to the table, TGOD's president Csaba Reider adds solid capabilities in the consumer market. Reider has over 35 years of experience in the consumer packaged-goods industry and was a vice president with Cott Corporation from 1999 through 2007. He also served as CEO of energy drink company Xyience and as CEO of SunPac Foods.

What about cannabis industry connections? TGOD's management team has those, too. Matt Schmidt, the company's executive vice president of corporate development, specialized in the Canadian cannabis sector during his stint as vice president of an independent investment bank in Canada. Amy Stephenson, vice president of finance at TGOD previously served as CFO of two different leading marijuana growers -- Aurora Cannabis (NASDAQ:ACB) and Bedrocan, which later became part of Canopy Growth.

Of course, even a great jockey still has to have a fast horse to win a race. In the marijuana industry, the equivalent to a fast horse is production capacity. With tremendous demand anticipated from legalization of recreational marijuana in Canada and even greater demand for medical marijuana in international markets, capacity is king.

An expansion at the Hamilton facility is currently in progress and is expected to be completed by the fourth quarter of this year. Construction also is underway at the Valleyfield location, with projected completion in the second quarter of 2019. Combined, these two facilities will enable TGOD to produce 116,000 kilograms of cannabis per year.

Aurora Larssen Projects (ALPS), a subsidiary of Aurora Cannabis, is providing design consulting services for these construction efforts. In addition, Aurora is a strategic investor in TGOD, with the larger marijuana grower owning a significant minority stake and the right to have one seat on TGOD's board of directors. Aurora also has an agreement with TGOD to buy 20% of its annual production.

Is TGOD a buy?

There are several knocks against TGOD. One is that the company still is a small fish in a pond that's about to get much larger. TGOD doesn't have a presence in the international medical marijuana market yet. It hasn't made nearly as much progress in preparing for the anticipated Canadian retail market that others have. And until its expansion is completed, TGOD won't have much supply capability, which means the company is likely to burn through cash.

Another concern for the company is that it could be relegated to the role of only being a source of additional supply to larger marijuana growers. That's not a horrible scenario, but it would probably mean that TGOD's profits would be lower than larger rivals. The company's supply agreement with Aurora, for example, calls for pricing at wholesale levels.

On the other hand, TGOD's projected capacity and current market cap make it look like a pretty good bargain compared to most other marijuana stocks. Aurora Cannabis has already demonstrated that it's eager to increase capacity with its acquisition of CanniMed Therapeutics and planned buyout of MedReleaf. It's not too hard to envision a future where Aurora decides to buy TGOD outright, as well.

So is TGOD stock a buy? I wouldn't be surprised if the company's share price moves higher this year if Canada legalizes recreational marijuana, as expected. However, I think that there are better stocks to buy than TGOD. My view is to sit on the sidelines for now.