Please ensure Javascript is enabled for purposes of website accessibility
Log In Help Join The Motley Fool
Free Article Join Over 1 Million Premium Members And Get More In-Depth Stock Guidance and Research
By Nicholas Rossolillo – May 22, 2018 at 11:13AM

Optimism about the second half of 2018 could buoy the falling stock.

Shares of Universal Display (OLED -1.37%) have been in free-fall since January with more than half of its all-time high valuation getting wiped out in just a few months. The blame can be laid with the outlook for OLED displays, which has cooled significantly for the year ahead. The forecast looks bad, but there is more to the story that provides some hope for investors.

Universal Display got 2018 off to a seemingly lackluster start. Though management tempers all guidance with language that reminds investors the OLED industry is still young, revenues came in at only $43.6 million. As a result, the company reduced its full-year outlook to $280 million to $310 million. Previous guidance was for $350 million to $380 million. 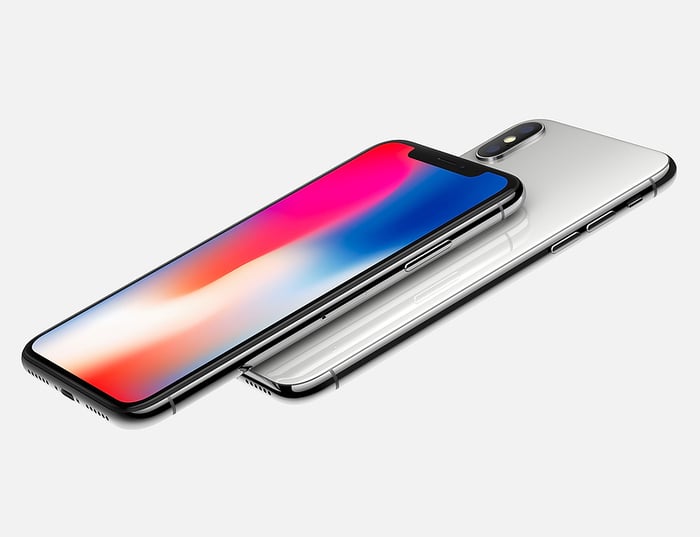 That's a pretty horrific downgrade, but there's more to the story. Universal Display cited what is shaping up to be a soft half-year for new OLED TV and smartphone development. End manufacturers like LG Display (LPL -5.94%) are busy ramping up for the next product lineup, which means lower demand for suppliers like Universal. Demand is supposed to resume later in 2018 and return to "significant growth" in 2019, but in the meantime the outlook is unimpressive.

The other big factor impacting revenue, though, is a new accounting measure Universal Display is using to count revenue. Sales will only be realized when material is actually shipped, not when billed for like in times past. As a result, management said the quarter's revenue would have been $68.2 million under the old standard instead of the $43.6 million actually reported. Full-year guidance is 10% to 15% lower as a result of the new sales recognition method.

Though it was a weak 2018 sendoff, the extra color management provided adds proof to its viewpoint that there will be a pickup in sales later on. Manufacturers are making pre-purchases of material as they gear up for more OLED paneled devices, which means Universal Display will eventually be able to recognize that deferred revenue.

CEO Steve Abramson remains positive as the pace of investment in new display technology is strong. OLED is getting more cost effective, making its high-contrast screens and flexibility in use more attractive. LG, for example, said it will be increasing its shipment of OLED TVs by 50% over 2017. Samsung (NASDAQOTH: SSNLF), which has been working on its own alternative to OLED with MicroLED technology, has reportedly resumed work on OLED displays. Universal and Samsung extended their partnership agreement through the year 2022 earlier this year.

OLED is also ramping up in the smartphone market. The new displays made a splash last year, gaining notoriety in the premium market with offerings like Apple's iPhone X, but cheaper models are expected to be unveiled in the third quarter. The automotive market could also be a big growth driver. Abramson noted a study from UBI Research that shows OLED quickly replacing LED displays in cars and becoming a $5 billion market by 2022; its currently only a $4 million-a-year end-market.

All of that points to this being the bottom for Universal Display's stock slide. While management warned that the next quarter will be lower compared with a year ago, the belief is that growth will ramp up from here. It is worth noting that, even after its precipitous fall, strong growth is already priced in. The one-year forward price-to-earnings ratio sits at 28.0.

Nevertheless, it looks like most of the pain for owners of Universal Display is over for now -- assuming management's assurance that the company will resume its fast-growing ways in the back half of 2018.