Please ensure Javascript is enabled for purposes of website accessibility
Log In Help Join The Motley Fool
Free Article Join Over 1 Million Premium Members And Get More In-Depth Stock Guidance and Research
By Keith Speights – Updated May 23, 2018 at 1:27PM

The reaction to news from Celgene and Insys demonstrates an undeniable truth: Mr. Market can be very irrational at times.

If you haven't read The Intelligent Investor, you should. It's one of my favorite investing books of all time. And it was written by Warren Buffett's mentor, Benjamin Graham. There's a lot of timeless wisdom packed into the book, but one of the most memorable things Graham wrote about was "Mr. Market."

The Intelligent Investor was written in 1949, but it's still as relevant nearly 70 years later as it was back then. Benjamin Graham was right about how crazy the market can be at times. I think the experiences of two very different biotech stocks this week -- Celgene (CELG) and Insys Therapeutics (INSY) -- prove the point. 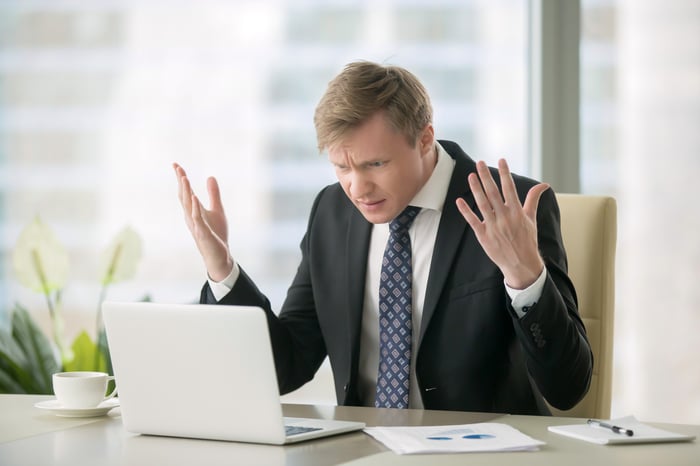 Back in the 1970s, there was a hit TV show called The Six Million Dollar Man. In the show, astronaut Steve Austin undergoes surgery following a crash of his spaceship that results in him having lots of bionic parts that give him superpowers. The cost of the surgery and the parts totaled $6 million.

Mr. Market must scoff at the thought of a man only worth a mere $6 million. Why do I say that? Celgene lost nearly $2.7 billion of market cap on Monday because its head of business development, George Golumbeski, retired.

Don't get me wrong. I think Golumbeski did a great job at Celgene. He led the biotech through several important deals, most notably the 2015 acquisition of Receptos that enabled Celgene to pick up ozanimod. But did his retirement justify Celgene losing nearly 5% of its market cap? No way.

Second -- and more important -- Golumbeski was just one executive among many at Celgene. If the biotech's CFO had been unexpectedly booted out, a sell-off might have made sense because many would wonder if a financial scandal existed. But the planned retirement of a 62-year-old head of business development didn't warrant the reaction taken by the market.

Celgene stock rebounded on Tuesday, regaining more than half of the loss from Monday. Mr. Market appeared to have gathered at least some of his wits.

The bad news that was good?

Staying with the pop culture references, rap pioneers Run-DMC had a song on their hit album Raising Hell in 1986 that included the lyrics, "Not bad meaning bad, but bad meaning good." I thought about the tune after seeing Mr. Market's response to an announcement from Insys Therapeutics this week.

Insys confirmed on Tuesday that an FDA advisory committee voted against recommending approval for the biotech's buprenorphine sublingual spray as a treatment for moderate to severe acute pain. Insys has endured a string of bad news lately, including a U.S. Department of Justice investigation and weak first-quarter results due to sinking sales for its lead product Subsys. The problems for Insys have dragged on so long that I recently changed my view about the stock's prospects.

You'd think more bad news about the FDA advisory committee vote would cause Insys stock to drop even more. But it didn't. Insys issued a press release about the negative recommendation before the stock market closed on Tuesday. However, its stock didn't fall -- it closed up nearly 2%.

With all respect to Run-DMC, this latest bad news for Insys was a case of bad meaning bad, and not bad meaning good. What was Mr. Market thinking? To be fair, Insys stock was up even more during intraday trading. The FDA advisory committee news did result in some of those gains being given back. Still, Insys had no other new developments on Tuesday other than the potential regulatory setback, and its stock still moved higher.

Why you should appreciate Mr. Market

These two examples from Celgene and Insys this week reaffirm my confidence that Ben Graham's depiction of Mr. Market remains spot on. Mr. Market acts rationally part of the time, but he goes haywire relatively frequently. And you should appreciate his craziness.

While I'm no longer as bullish on Insys, I still think Celgene is one of the best biotech bargains on the market. Mr. Market at least temporarily made the stock an even greater value. Long-term investors could add close to 5% to their profits thanks to Mr. Market's irrational behavior. The good news is that Mr. Market can be counted on to deliver these kinds of opportunities time and time again.