Rumors that Apple's (NASDAQ:AAPL) pricey new smartphone, the iPhone X, was selling poorly turned out to be false, and analysts and investors who had criticized the company ahead of its latest earnings report were suddenly put in their place when the company reported selling 52 million iPhones in the company's second quarter, a 3% increase from the previous year.

But if history has taught us anything, it's that the cycle of negative iPhone sales rumors ahead of an actually decent or good earnings report will probably repeat itself. Arguably, obsessing over iPhone sales rumors is totally missing the point of Apple. Here's what investors should focus on instead. 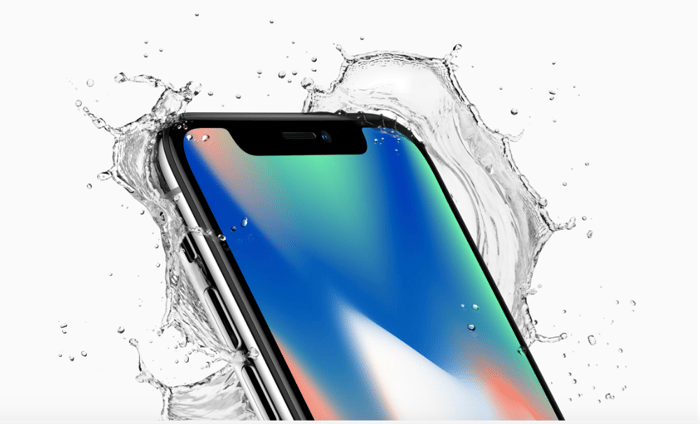 Apple's iPhone X was the top-selling iPhone in the world this past quarter. according to Counterpoint Research. Image source: Apple.

Ahead of Apple's latest earnings report, analysts were all but sure that the iPhone X was doing terribly, mostly based on weakness in reports from companies that make iPhone components. People naturally began to poke fun at Apple, claiming it was delusional for thinking its 10th-anniversary iPhone model would convince everyday consumers to pay $999.

In other words, Wall Street's iPhone X sales expectations were about as wrong as they could be.

The lesson to learn

A few days after Apple's earnings came out, Warren Buffett had a few choice words about the pandemonium that iPhone X sales rumors had caused in the weeks leading up to the report. Obsessing over the exact number of iPhones sold in a three-month period is a poor way to gauge how Apple is really doing, Buffett said in an interview on CNBC after announcing Berkshire Hathaway now owns about 240 million shares of Apple.

"Nobody buys a farm based on whether or not it's going to rain next year or not," Buffett said. "You buy it because you think it's a good investment over 10-20 years."

It's understandable for investors to be concerned about iPhone sales because it's Apple's flagship product and has been the source of over half of its revenue each quarter since 2013. However, Buffett's advice is a good reminder that investors need to be looking at the bigger picture and thinking about the company's long-term growth potential.

For example, in February, Apple reported record overall revenue, record App Store revenue, record net income, and record iPhone sales in a 13-week period. So, for that period, if analysts had chosen to focus on fewer iPhones being sold in the quarter than they were anticipating, that would provide an incomplete picture of the company's true health. Because overall, it was a great quarter for the company, in spite of iPhone shipments being lower than expected.

Something to focus on instead of iPhone X sales

Here's a bigger-picture story to focus on ahead of Apple's next earnings report.

Revenue in Apple's services segment grew about 31% year over year to $9 billion in the most recent quarter, making up about 15% of total revenue, and the unit overall is more worthy of investors' obsession than iPhone sales. The segment managed to hit a new revenue high thanks to record-breaking revenue from the App Store, Apple Music, iCloud, and Apple Pay. In other words, the company is well on its way to hitting its goal of $50 billion in annual services revenue by 2020.

Another aspect of Apple's services segment that's worth more attention is its paid subscriptions, which grew 100 million year over year last quarter to 270 million. Apple is prepping itself for a huge boost in Apple Music subscriptions as it gears up to release a slew of original content projects on the app, which has a $9.99-per-month price tag. In fact, Apple is investing $1 billion in its original content plans, including high-profile projects with Reese Witherspoon, Jennifer Aniston, and Steven Spielberg.

These growing revenue streams outside of iPhone sales are important to Apple's future because they prove that even if iPhone sales slow, the company can still make money off its current estimated 800 million active iPhone users. That figure could hit 1 billion in 2019 and Apple has lots of opportunities to make money from iPhone owners even if they choose to hold on to their devices longer before upgrading.