Please ensure Javascript is enabled for purposes of website accessibility
Log In Help Join The Motley Fool
Free Article Join Over 1 Million Premium Members And Get More In-Depth Stock Guidance and Research
By John Rosevear - May 24, 2018 at 6:05PM

Profits fell in the first quarter, but an IPO before the end of the year is still a possibility.

British supercar maker Aston Martin said this week that its pre-tax profit fell by more than half in the first quarter of 2018 from a year ago, to 2.8 million British pounds ($3.7 million as of May 24, 2018), on a weaker U.S. dollar and higher spending on new-product launches.

Aston Martin has never been a public company, but it could be soon. The company raised the possibility of an IPO after posting a solid profit for 2017. Given the steep rise in rival Ferrari's (RACE 0.25%) stock price since its IPO in late 2015, an Aston Martin IPO could be of considerable interest to investors.

But as a business, how does Aston Martin compare to Ferrari? Let's take a closer look. 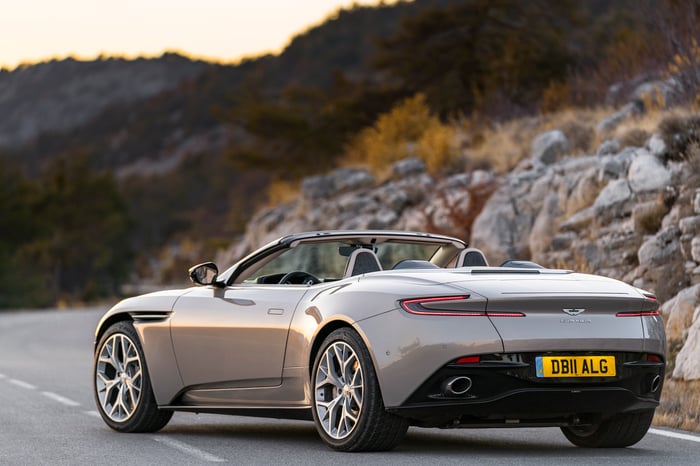 Note that Aston Martin reports its results in British pounds, and Ferrari in euros. For the sake of comparison, I've converted Aston's results to euros, using the rate in effect as of May 21: 1 British pound equals about 1.14 euros.

Aston Martin's model range can be bewildering, but if we step back we see that the company's cars fall into five categories. Generally speaking, as the price rises, so does the profit margin -- but most Astons sold are in the first three categories: 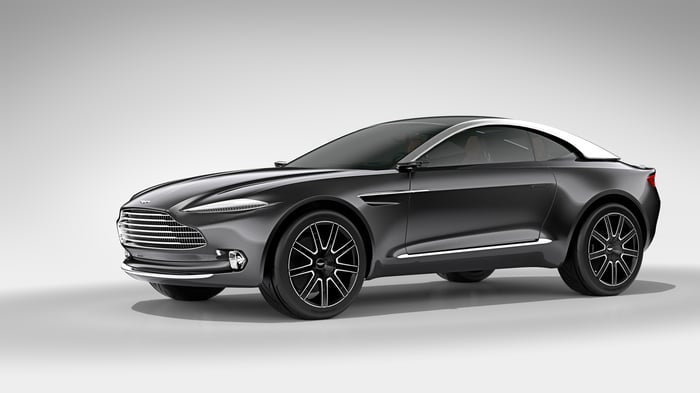 CEO Andy Palmer has said that Aston will expand its product line into (at least) two more segments over the next few years:

What the Ferrari comparison tells us about Aston Martin

First and foremost, Aston Martin is a considerably smaller company than Ferrari. But in truth, it's somewhat bigger than that first-quarter sales total would suggest. Aston's first-quarter shipments were down 20% from the year-ago period because ongoing changeovers to new models, including an all-new Vantage and a convertible (or "Volante," in Aston-speak) version of the DB11, reduced its production output. Demand remains strong, though: Aston said that its order book for 2018 continues to exceed its overall production capacity.

Aston Martin is also less profitable than Ferrari. While the company didn't give us quite enough information to estimate its operating income, it's clear from its EBITDA that it's not quite in Ferrari's league when it comes to margins. To be fair, not many auto-related companies are: Ferrari's operating margin in the first quarter was 25.3%, a testament to its extraordinary pricing power. 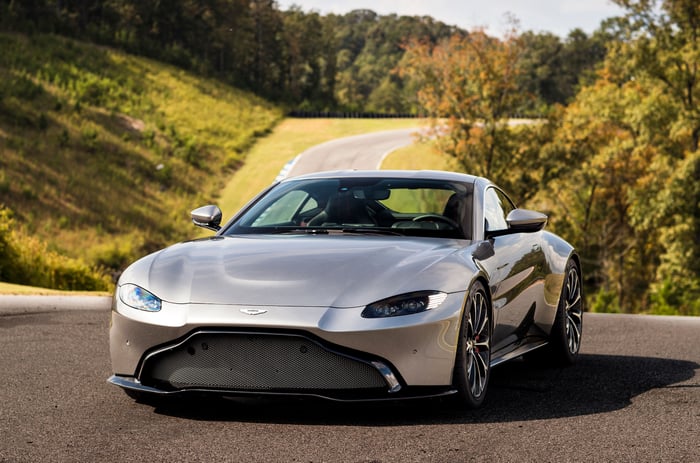 Most large automakers would consider 10% to be an extremely good result. For comparison, General Motors' automotive segment reported an adjusted operating margin of 7.2% in the first quarter, while BMW AG's was 9.7% -- and these are two of the better-run large automakers.

Simply put, Ferrari's margin is more like a luxury-goods company's than like a traditional automaker's -- as is its valuation, currently around 38 times earnings. Should Aston Martin go public, the big question on investors' minds will be this: How close can it get to Ferrari's profitability?

When we know that answer, we'll have a pretty good idea of what Aston could be worth. Stay tuned.