Atlassian Corp. (NASDAQ:TEAM) stock jumped 14% in May, according to data from S&P Global Market Intelligence. For some context, the S&P 500 returned 2.4% in the month.

Shares of the Australian collaboration and productivity software company have tacked on another 3.8% so far in June, bringing their year-to-date 2018 gain to 45.4% through Tuesday, June 12. The broader market has returned 5.2% so far this year. 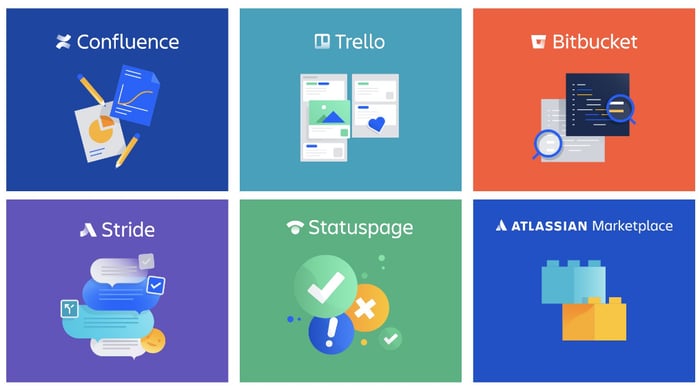 Atlassian stock's May gain appears to be more of a continuation of the strong upward momentum that began last October rather than due to any one specific event. The market loved the company's fiscal first-quarter 2018 results released in mid-October, sending shares soaring nearly 25% the next trading day. Since then, the company has reported second-quarter (January) and third-quarter (April) results -- and has continued to beat Wall Street's bottom-line expectations.

Atlassian's future looks promising. The company's growing revenue at a torrid pace in what's a potentially massive total addressable market (TAM), and its adjusted EPS is expected to increase this year.