Shares of international headhunting and consulting firm Korn Ferry International (NYSE:KFY) surged nearly 21% in early trading Wednesday, and they remain up 12.8% as of 12:35 p.m. EDT in the wake of strong earnings.

Announcing the close of its fiscal year 2018 this morning, Korn Ferry reported Q4 profits of $0.73 per share and "adjusted" profits of $0.80 -- beating Wall Street's estimated $0.70-per-share profit by either measure. Q4 sales of $488.4 million likewise exceeded expectations for sales of $454.4 million. 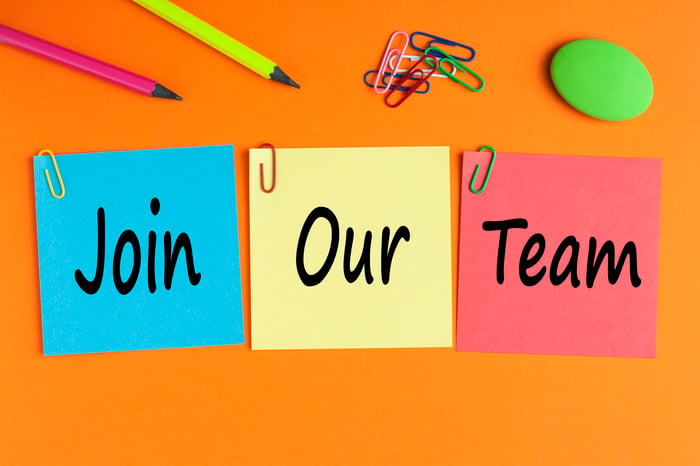 Q4 sales results were up 17% year over year and capped a fiscal year that saw Korn Ferry grow its sales 13% overall, to $1.8 billion. CEO Gary Burnison observed that this was "the highest fiscal year fee revenue in our firm's history." Profits were none too shabby, either, growing 55% for the quarter, and 60% for the full year, with Korn Ferry booking a grand total of $2.35 per share in profit for fiscal 2018.

Guidance-wise, Korn Ferry did not say whether it expects this year to be as good as last, limiting its comments to just the immediate future of fiscal Q1 2019. Here, management is looking for about a 15% bump up in sales to between $450 million and $470 million in the new fiscal year's first quarter.

One surprise: Management expects to book a big quarterly loss of between $0.66 and $0.74 per share in Q1, versus the $0.51 per share profit it earned in last year's Q1. Korn Ferry explained that it will be taking "a one-time, non-cash intangible asset impairment charge of $106 million, or $79 million on an after-tax basis" to account for rebranding its entire business simply as "Korn Ferry," and "sunsetting ... all the Company's sub-brands, including Futurestep, Hay Group and Lominger, among others."

Investors don't seem to mind this caveat one bit.