Ford Motor Company (NYSE:F) and Volkswagen AG (OTC:VWAGY) have announced that they are "exploring a strategic alliance."

The two companies made clear that this isn't a merger, and that it's not a cross-ownership deal -- their agreement doesn't include any "equity arrangements," as they put it in a joint announcement.

But what is this deal?

What we know about the deal between VW and Ford

For starters, let's look at what they said. Here are the key points from the companies' joint statement.

The key point is that the memorandum of understanding isn't an alliance agreement. It's a document that outlines the terms of discussion, with promises to treat shared data confidentially and so forth, and likely a statement of a shared goal -- to explore whether joint arrangements in certain areas make sense.

And it's clear that if Ford and VW do decide to work together, one of those areas will probably involve commercial vehicles. 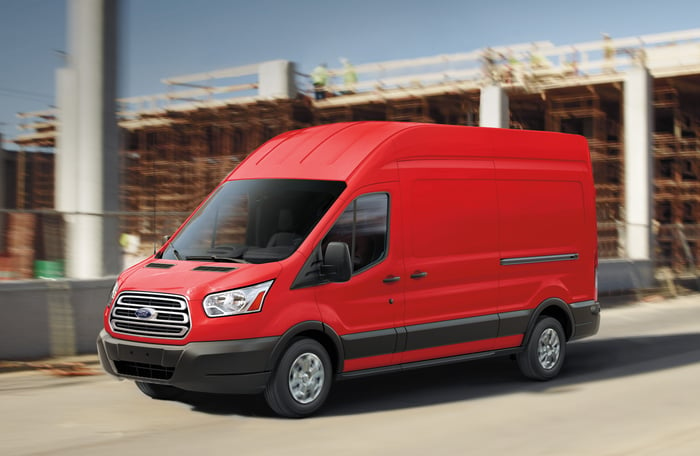 Why Ford and VW might team up on commercial vehicles

The one area of potential cooperation that Ford and VW chose to call out in their statement -- commercial vehicles -- is interesting. It's one part of the vehicle market where VW's and Ford's strengths and are complementary.

Ford, of course, is a major player in commercial vehicles in the U.S. and Europe. Not only does it sell hundreds of thousands of F-Series pickups to commercial customers every year, its Transit line of commercial vans is a global best-seller. But (by truck standards, at least) those are mostly smaller vehicles; while Ford does have a heavy-truck business, it's fairly small -- and it doesn't make anything like a big tractor-trailer truck or a full-size bus.

VW, on the other hand, does make big trucks and buses. Its Scania and MAN subsidiaries, which build heavy trucks, buses, and big engines, generated over 27 billion euros ($31 billion) in revenue last year. There's also a VW-brand commercial-vehicle business, which makes vans and a small pickup that compete with Ford's offerings, but its global sales trail Ford's in those segments.

Those are probably among the questions that Ford and VW are asking each other right now. 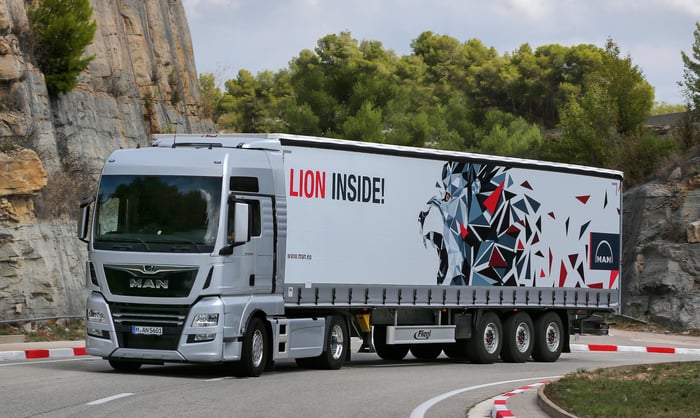 It's surprisingly common for rival automakers to work together

Does it seem weird that Ford and VW -- which compete all over the world, and are especially fierce rivals in Europe -- might decide to work together?

It's not. In fact, investors are often surprised to find that rival automakers frequently work together in certain areas. For instance, there are few more bitter rivals than Ford and General Motors (NYSE:GM), but the two teamed up to develop two new ranges of fuel-efficient transmissions. Each automaker developed its own special sauce (read: software) for the gearboxes, but most of the hardware was developed jointly.

Ford also worked with Toyota (NYSE:TM) for a while on a hybrid drivetrain for pickup trucks, although the two eventually decided to go their separate ways on the project. And in Europe, Ford is participating in a joint venture with VW, Daimler AG, and BMW AG to build a network of high-speed charging stations for electric vehicles.

GM also has several joint arrangements with automakers other than Ford, including two deals with Honda around fuel cells and electric-vehicle battery packs. And VW has plenty of similar deals, including a technology-sharing deal around fuel cells between VW subsidiary Audi and Hyundai that was announced shortly after this one.

Most of the other global automakers have one or more similar deals in place.

The upshot: VW and Ford are kicking each other's tires

While the two companies specifically named commercial vehicles as an area in which they might cooperate, Ford global markets chief Jim Farley hinted that there could be more to the partnership in time:

This potential alliance with the Volkswagen Group is another example of how we can become more fit as a business, while creating a winning global product portfolio and extending our capabilities.

We look forward to exploring with the Volkswagen team in the days ahead how we might work together to better serve the evolving needs of commercial vehicle customers -- and much more.

But all that said, the takeaway is that Ford and VW are talking and exploring some ideas. If the discussions are fruitful, we can expect the two to announce a strategic alliance at some point. But right now, it's just a conversation.