General Motors (NYSE:GM) revealed an all-new crossover SUV last week. The 2019 Chevrolet Blazer is a "two-row" (five-passenger) midsize SUV that will slot in between the huge-selling Chevrolet Equinox and the big Chevy Traverse when it begins arriving at U.S. dealers early next year.

While a few GM fans grumbled about its name -- the original Chevy Blazers were brawny truck-based SUVs; this one isn't -- GM shareholders should welcome the new family friendly Blazer: It's the latest addition to what has been a very profitable line of products for GM. 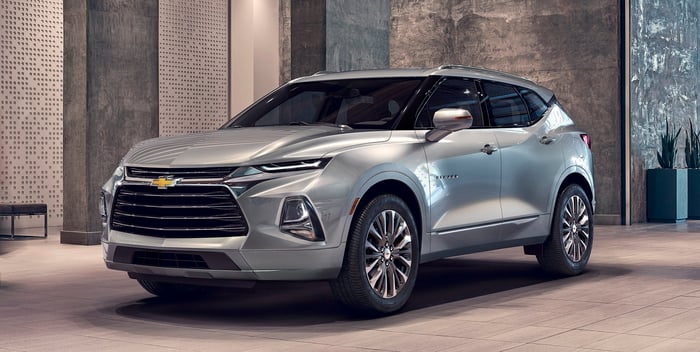 An old Chevy nameplate for an all-new crossover: The 2019 Chevrolet Blazer will begin arriving at dealers early next year. Image source: General Motors.

"Crossover SUV" is the industry's term for an SUV built on a sedan-like unibody architecture. They've become wildly popular for good reasons: They offer most of the advantages of the traditional truck-based SUVs that were popular 15 years ago, but they're lighter in weight, they drive more like sedans than trucks, and they have much better fuel economy.

To say that GM has been making hay on this trend is an understatement. There's a truism in the auto industry: Vehicles generate the best sales and margins when they're brand new. And when the new vehicle is in a hot-selling segment, sales (and profits) can be very significant.

Nearly all of GM's crossovers are brand new or significantly refreshed since the beginning of 2016. Sales of the group were very strong in 2017, and they've continued to be strong so far this year.

With that said, here's the key thing that investors need to know about the all-new Blazer: It's an addition to the lineup, not a replacement for an outgoing model. I won't get into all the technical details of the new Blazer here, but the thing to know is that in terms of both size and price, it'll slot in between the Chevrolet Equinox and Traverse.

You'll note that those are the two best-selling vehicles on that chart. The new Blazer will aim to push that total higher -- capturing buyers who might find the Equinox to be a bit small, but who don't need the seven-passenger capacity of the big Traverse.

If there's a sweet spot to the crossover market, that might be it. 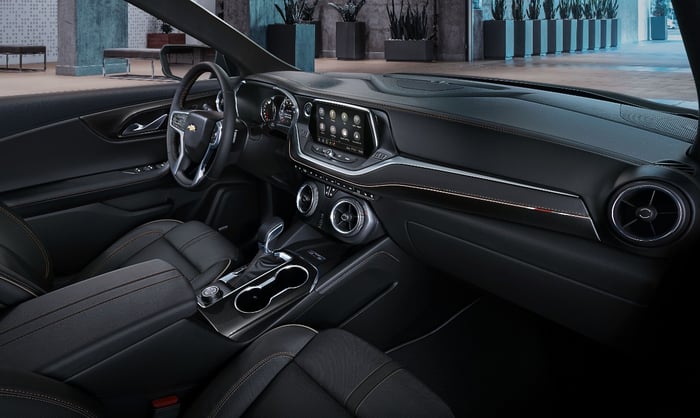 GM is in expansion mode

When the new Blazer arrives next year, it'll be the second addition to GM's crossover lineup since the revamp effort began. It'll follow the all-new Cadillac XT4, which is set to launch in the second half of 2018.

What's the XT4? Think of it this way: The lone crossover in the current Cadillac lineup, the XT5, is Blazer-sized; the XT4 is roughly Equinox-sized, one notch down from the XT5 in size and price. And yes, there's a Traverse-sized three-row Cadillac crossover in the works, too; it'll arrive after the Blazer next year.

GM is investing in brand-new crossover models because the investments it made in the models that have already been launched are paying off nicely. Crossover sales have done a lot to keep GM's profits strong even as overall new-vehicle sales have begun to slide. 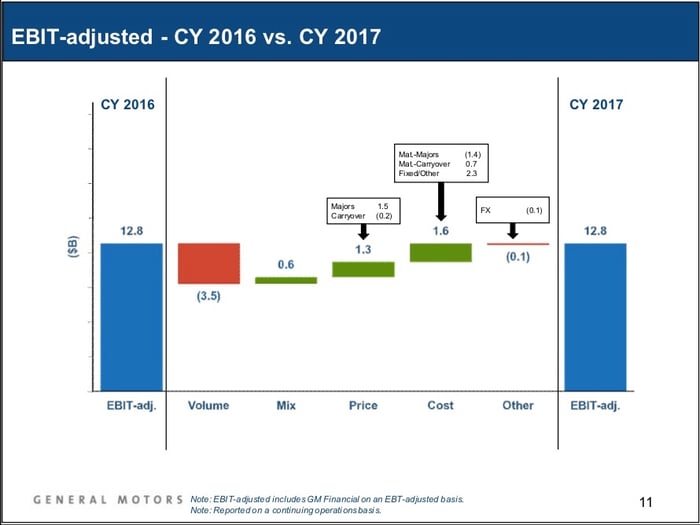 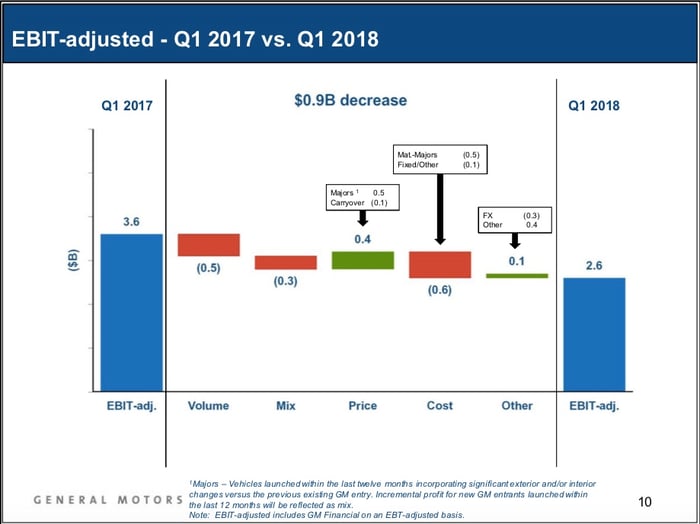 A similar story played out in the first quarter of 2018. Image source: General Motors.

The takeaway: These crossovers are at the center of GM's profit strategy

Simply put, GM is banking on its crossovers to help keep its profits strong as the U.S. new-car market retreats from its cyclical peak -- and as it goes through the considerable disruption of launching all-new versions of its full-size pickups later this year.

The Blazer won't arrive until early 2019, but assuming that the U.S. economy is still healthy when it launches, it's likely to be a big seller -- helping to keep GM's profit momentum going.