General Motors' (GM 2.43%) Cadillac luxury brand unveiled its all-new XT4, a compact crossover SUV, in New York on Tuesday evening. The XT4 is a much-needed product for Cadillac, which has struggled to build momentum in the U.S. with a sedan-heavy lineup at a time when American carbuyers are turning to SUVs in large numbers.

Here's a first look at, and some thoughts about, what it means for GM's flagging luxury brand. 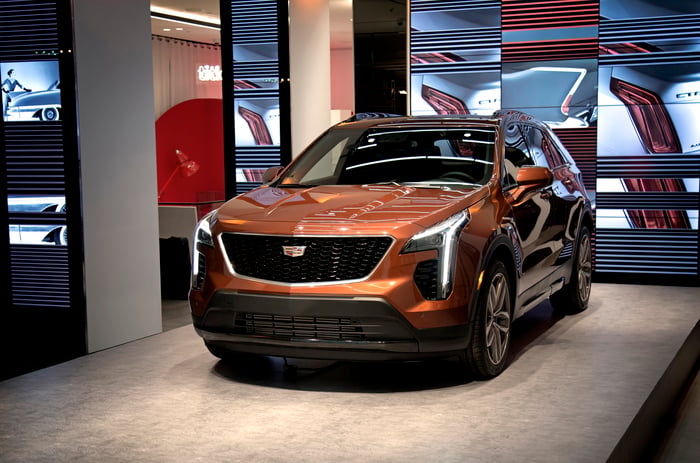 Over the last few years, GM has rolled out a long list of crossover SUVs across its brands -- but Cadillac officials say that the XT4 doesn't share underpinnings with any of them. It's built on a version of the E2 platform that underpins the (very good) Chevrolet Malibu sedan, lending the newest Caddy an attractive low-slung look -- a look that is well accented with a front-end design that draws from the highly regarded Cadillac Escala show car.

The XT4 will be offered in three trim levels, introducing what Cadillac is calling its "Y" strategy: Buyers can choose the base trim ("Luxury") or one of two premium trims that are different, but priced similarly ("Premium Luxury" and "Sport"). Premium Luxury XT4s get more wood and leather inside, illuminated door handles, and other plush touches. Sport models get a mesh grille and a, well, more sporty look inside. An active suspension is available on Sport models at extra cost.

Inside, the upscale XT4s carry forward recent Cadillac themes. The Premium Luxury model I sat in had excellent seats and was trimmed in layers of leather, wood, and metal, combined in attractive ways. Happily, one thing the XT4 (in any trim) doesn't carry forward is Cadillac's troublesome "haptic feedback" touch controls. Here, they're replaced with solid-feeling switches -- a change that would be welcome across the brand's lineup. 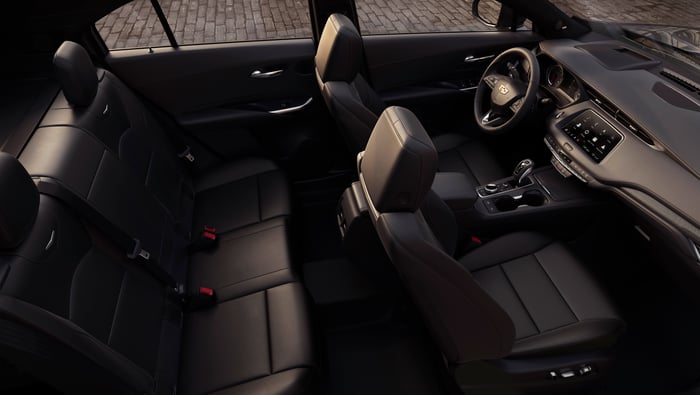 The XT4's interior is well-trimmed, with design touches that draw from other recent Cadillac models. Image source: General Motors.

There's only one drivetrain choice, a new 2.0 liter turbocharged four-cylinder engine making 237 horsepower and 258 pound-feet of torque, mated to a nine-speed automatic transmission. Cadillac president Johan de Nysschen said that the drivetrain was optimized to make the most of its torque available at low engine speeds, which should make the XT4 feel lively when accelerating from a stop or when passing on the highway.

GM said that the 2019 Cadillac XT4 will begin arriving at dealers this fall, with a starting price of $35,790.

Why it matters: Cadillac really, really needs this

Cadillac aspires to compete with the Big Three German luxury brands (BMW, Audi, and Mercedes-Benz), but right now, it lacks products in the hottest-selling luxury segments. Cadillac has beautiful, competitive sedan models -- but like mainstream buyers, more and more luxury buyers in the U.S. and China are demanding SUVs, particularly unibody-construction "crossover" SUVs that combine car-like handling with SUV practicality.

Today, you'll only find one crossover on Cadillac dealer lots, the midsize XT5. It's mostly well-regarded and sales have been good, but Cadillac's dealers have nothing to offer buyers looking at the fast-growing list of compact crossover SUVs coming from the German brands, which seem to add new variants every few weeks.

The lack of crossovers has put a big dent in Cadillac's U.S. sales. The brand has still managed to put up solid growth in China, thanks to its popularity as an alternative to the German brands among affluent 30-something professionals. But what affluent 30-something customers in China -- and the U.S. -- want most right now are compact crossovers with good power, luxury features, and an impressive nameplate.

That's where the XT4 comes in. De Nysschen said that the XT4's design team was made up mostly of people in their 30s, and they were charged with designing a vehicle that they would want to buy. The result: A sleekly styled compact crossover that's loaded with advanced safety features and powered by an engine that's fuel-efficient, but optimized to make the XT4 feel quick. 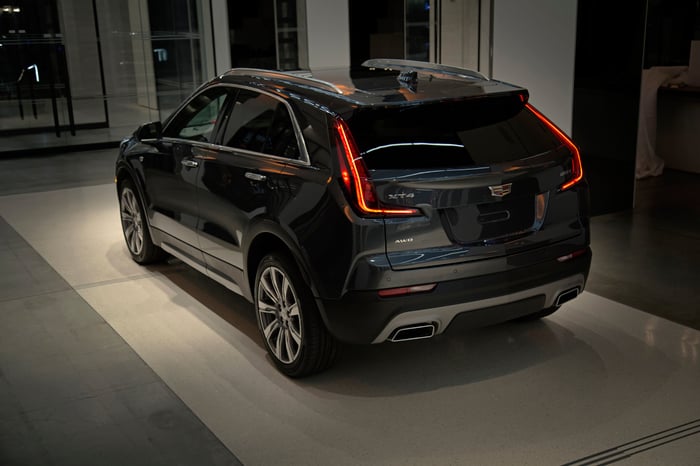 Will it sell? Oh, yeah

I asked a few Cadillac dealers and industry professionals for their thoughts on how the XT4 is likely to fare when it starts shipping this fall. The consensus: It'll sell like hotcakes. The dealers, in particular, are very eager to get the new XT4 on their lots and certain that they can move a whole lot of them.

I think they're right. While I might question the design team's choices around a few minor details, overall, the XT4 looks exactly like the product that Cadillac most needs. I expect the new XT4 to give Cadillac's sales a substantial boost when it starts shipping this fall.