Since cutting the cable cord more than four years ago, I've made the rounds of streaming TV services. I've been a subscriber of Netflix, Hulu, Hulu Live TV, AT&T's DirecTV Now, and Dish Network's Sling TV at various times with varying results. But every service has its weaknesses, especially when it comes to the availability of live sports.

This year, I made the switch to YouTube TV, and I think it's become by far the best streaming replacement for cable TV. It has the major local channels, the best sports content, and most popular non-sports cable channels as well, all for $40 a month. What's worse for competitors is that Alphabet (NASDAQ:GOOG)(NASDAQ:GOOGL), YouTube's parent company, can provide the best technology of streaming services, and it doesn't have to make money on YouTube TV to survive, allowing it to undercut rivals who will struggle to compete. 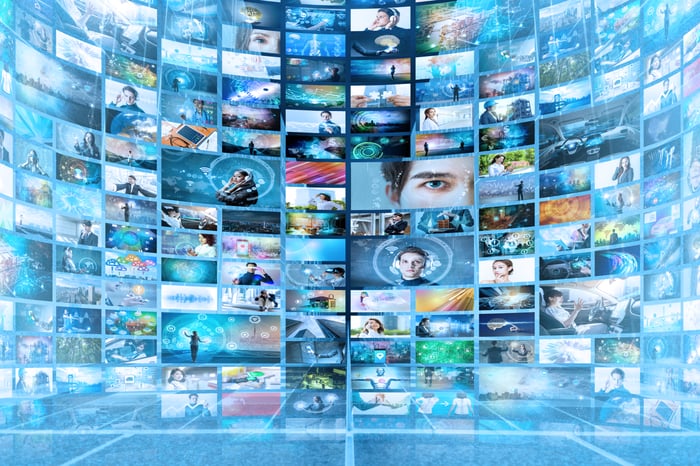 Many popular streaming options have a tie to one of the traditional cable providers, giving them an inroad with consumers and an incentive to keep them from cutting the cable cord entirely. Dish's Sling TV is the largest, with 2.2 million subscribers as of the end of 2017, followed by AT&T's DirecTV Now, with 1.5 million subscribers. CNBC reported that early in 2018, Hulu Live TV and YouTube TV trailed with 450,000 and 300,000 subscribers respectively, so YouTube TV is a small player in streaming TV so far. (Hulu is owned by Disney, Comcast, Twenty-First Century Fox, and AT&T.)

However, remember that YouTube TV is essentially gravy for Alphabet right now. It's an add-on to YouTube, which is still the biggest streaming platform in the world, and Google provides cloud services to competitors like Netflix, so it's making money on multiple parts of the streaming business.

TV is Alphabet's next growth platform

Alphabet doesn't disclose numbers, but it's fair to say a recent ad push has increased YouTube TV's visibility, and likely its subscriber base. Managing Director for YouTube/Video Global Solutions Debbie Weinstein recently said that TV screens now account for 150 million hours per day of watch time for YouTube (this includes YouTube and YouTube TV). YouTube says it has "over a billion users ... and each day those users watch a billion hours of video."

What makes YouTube TV intriguing from a consumer perspective is a user experience that's superior to other options. In my experience, YouTube TV streaming is considerably more reliable than Hulu's or Sling’s live offerings, which have suffered with widespread outages since they were launched. Maybe that shouldn’t be a surprise considering how long YouTube has been in the streaming business. On top of reliability, YouTube TV also has unlimited DVR recording and the service operates seamlessly between mobile and set-top box streaming devices.

As a company that's been in streaming for longer than any of its competitors, it's no wonder YouTube was able to bring a great streaming product to the market. If Alphabet continues to be intent on growing to the TV screen, there may not be any competitor that can keep up.

YouTube isn't getting into TV just to stick it to the cable companies. It's helping Alphabet as a company expand the amount of content it distributes to customers and serve up relevant ads along the way.

Google already collects data on how we use computers and mobile devices, and that data maps with our profiles on YouTube TV. Google uses data to sell ads. The company announced a Google Preferred platform earlier this year for advertisers who want their ads on more curated content than YouTube, and some of those ads will make their way to YouTube TV.

Bernstein Research analyst Todd Juenger estimates that YouTube TV loses about $5 per subscriber per month, but the TV service doesn't have to make money to be a good business for Alphabet.

Alphabet's business is built on data and knowing more about its users than anyone else. This data is then used to deliver ads on computers, mobile devices, and now TV. That's the real value in YouTubeTV's service, not the financial impact it has on the overall company.