Picking dividend stocks with high yields is only part of the equation for dividend investors. A high yield means nothing if that dividend eventually gets slashed. Companies with long track records and durable competitive advantages are what you should be after.

Three of our Motley Fool investors have identified three dividend stocks that you can safely bet on for years to come. Here's what you need to know about Verizon (NYSE:VZ), Eli Lilly (NYSE:LLY), and Procter & Gamble (NYSE:PG). 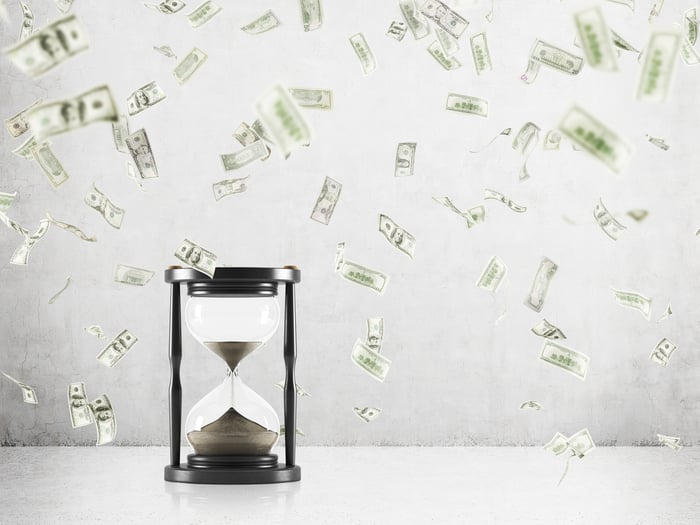 Nicholas Rossolillo (Verizon): Over the course of a decade, Americans and their smartphones have become inseparable. The country's leading network operator, Verizon, has been an obvious beneficiary of consumers' dependence on their phones. Revenue and profit have steadily risen over time from new subscribers, phone and related hardware purchases, and data service plans. Though shares have struggled to gain any traction since 2013, the company has increased its dividend every year and currently pays a 4.6% dividend yield.

While Verizon's stock performance has underperformed the overall market's the past few years, it's that dividend that's the compelling reason to own the company. Detractors would point to a heavy burden of debt to the tune of $119 billion -- a lot of which was added to make acquisitions like Yahoo! and AOL -- as a reason to not buy Verizon. Added to that is disruption from smaller network competitors that have been putting pricing pressure on Verizon, as well as Verizon's own investment into new services such as the next-generation 5G mobile network. There are a few reasons to believe that the stock will be a good income generator for years to come, though.

A big boost came at end of last year from corporate tax reform, which management said will increase cash from operations by more than 50% this year. That helps support the current dividend payout, and a big priority with all those extra funds is to begin reducing debt. That, in turn, will also improve the overall picture as interest expense gets reduced.

Plus, the aforementioned 5G network -- set for initial rollout later this year -- will usher in new lines of business, including putting Verizon in position to compete with internet service providers for residential and business use. The stock will probably never be a fast-grower, but Verizon's stable but slowly expanding business should provide dividend income for a long time.

Todd Campbell (Eli Lilly & Co.): The number of Americans with diabetes is expected to climb from about 30 million today to nearly 55 million by 2030, according to the Institute for Alternative Futures, and that suggests long-term tailwinds supporting Eli Lilly & Co.'s dividend.

Eli Lilly is one of the planet's biggest diabetes drugmakers. It's been providing insulin to patients since the 1920s, and across its entire diabetes drug lineup, the company generates over 40% of its roughly $22 billion in annual sales from diabetes drugs.

Further out, systems that automate insulin delivery or offer greater insight into appropriate insulin doses could add meaningfully to sales. There's also the potential to reshape treatment for over 1 million people with type 1 diabetes. One of the company's early-stage research programs is attempting to turn stem cells into insulin-producing beta cells that can be inserted into patients to restore their insulin production.

Tim Green (Procter & Gamble): Procter & Gamble, the company behind tried-and-true brands such as Tide, Gillette, Bounty, and Crest, has been around since 1837. The company generated $65 billion of sales and more than $13 billion of operating income in fiscal 2017. It has paid a dividend each year since 1890, and it's raised that dividend for 61 consecutive years.

Procter & Gamble is having some trouble with revenue growth at the moment, however. Its fiscal third quarter featured organic sales growth of just 1% on a year-over-year basis. The prospect of a trade war also spells trouble. If things get out of hand, P&G could suffer a decline in sales and profits. On top of that, newer brands like Dollar Shave Club pose a threat to the company's cash-cow businesses.

But it's hard to bet against P&G and its collection of strong brands in the long run. The stock may not outpace the market, given its growth challenges, but that doesn't mean it's not a solid choice for dividend investors. The stock yields about 3.6%, about twice that of the S&P 500.

If you want a stock that you can throw into your portfolio and collect dividend payments each and every quarter, Procter & Gamble is for you.