Shares of MobileIron (NASDAQ:MOBL) have climbed 14.1% during the first six months of 2018, according to data provided S&P Global Market Intelligence. The company's most dramatic movement stemmed from its fourth-quarter earnings report in February. However, the market was less pleased with its first-quarter results in April and shares have given up ground.

The mobile device and enterprise management company reported fourth-quarter earnings on Feb. 8, delivering results that came in significantly ahead of the market's expectations. Shares then sold off following the company's April 26 earnings release, but regained ground in June for reasons that aren't clear. 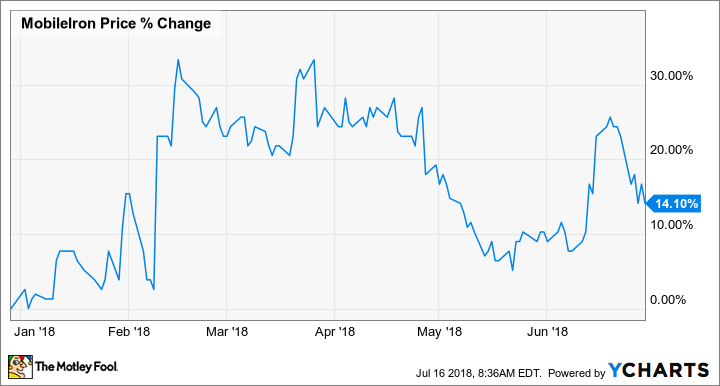 MobileIron got 2018 off to a promising start, announcing on Jan. 30 that it had signed a deal with Alphabet's Google division to partner in the development of an end-to-end platform combining Google Cloud's Orbitera with MobileIron's enterprise feature set. The company followed this news up with an encouraging fourth-quarter report, prompting big share price gains. Sales for the January ended quarter climbed 7% year over year to reach $48.8 million, with recurring revenue up 15% year over year to $34.8 million.

The market was less receptive to the company's first-quarter report in April. Sales climbed 4% year over year, landing at $43.7 million, while recurring revenue climbed 12% year over year to reach $33.8 million. These results appear to have triggered sell-offs that continued into March. 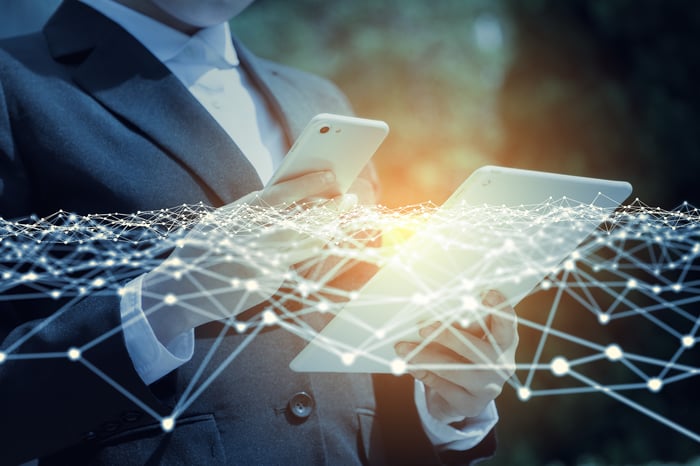 MobileIron stock then posted significant gains in the middle of June, though it's not entirely clear what the driving factors were. MobiSystems OfficeSuite became available for MobileIron's Mobile@Work platform on June 8, and MobileIron posted ads on LinkedIn seeking a senior software engineer for Apple's iOS operating system and a director of customer success on June 11.

MobileIron shares have climbed roughly 9% in July. The chart below tracks the company's share price trajectory through the month as of this writing. 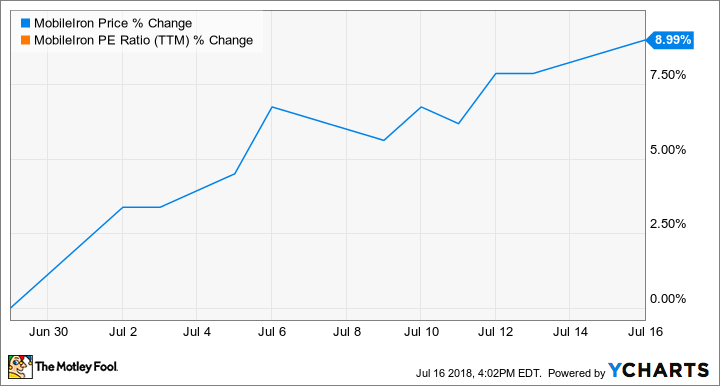 The company is guiding for sales of between $190 million and $200 million for the current fiscal year, representing year over year growth between 8% and 13%. The company is valued at roughly 2.5 times forward sales.

Why MobileIron, Inc. Stock Has Gained 14.1% in the First Half of 2018 @themotleyfool #stocks $MOBL $GOOGL $GOOG Next Article
Current