Northrop Grumman (NYSE:NOC) CEO Wes Bush surprised investors last week by announcing he would step down effective Jan. 1, 2019. There's no reason for shareholders to follow him out the door, but some level of vigilance during the next few quarters is recommended.

Bush is handing over the reins to 10-year company veteran Kathy Warden, who was also named to Northrop's board of directors effective immediately. Warden worked for General Electric and General Dynamics before coming to Northrop, and became president and chief operating officer of the company in January. 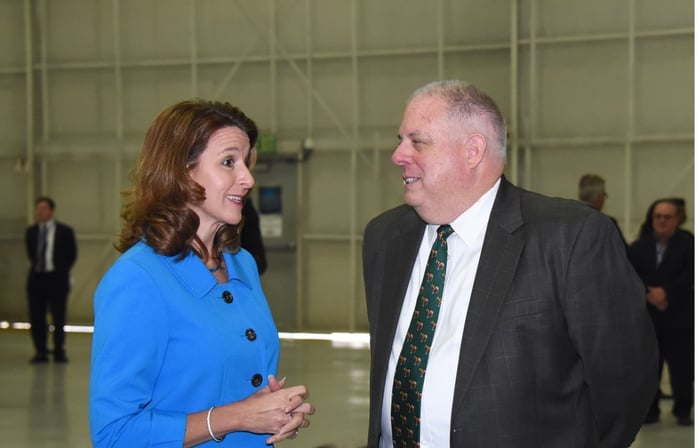 There appears no reason for investors to panic: Bush will be around for the rest of the year and remain chairman until July 2019, and so far there has been no suggestion of trouble or scandal that prompted this change.

But the changeover is reason for current holders to pay close attention. Bush is only 57 years old, and while Warden as president and chief operating officer is a natural heir apparent, she has only just taken on those roles. Add in the fact that Northrop is still in the early days of integrating its company-reshaping $9.2 billion purchase of Orbital ATK, and it seems an odd time to be planning and executing a transition.

The company has also dealt with some high-profile PR hits recently. In June NASA announced it would have to delay the launch of the Northrop-built James Webb space telescope until March 2021 amid cost overruns and reports of errors. And last week the company was criticized for being slow to respond after ProPublica identified one of its employees as a member of a white supremacist group that participated in the infamous rally in Charlottesville, Virginia, last year.

Of note, the transition also means that soon women will be CEOs of the three largest U.S. defense companies by revenue, Northrop, Lockheed Martin, and General Dynamics; the CEO of Boeing's defense unit is also a woman.

The man who saved Northrop

Bush (no relation to the former presidents) was a bit of a maverick among defense CEOs. Trained as an engineer, he worked his way up the ranks at TRW before the conglomerate was acquired by Northrop Grumman in 2002. He served as chief operating officer and CFO at Northrop before being named president of the company in 2006 and CEO in 2010.

Northrop under Bush was a company in transition. He oversaw the 2011 spinoff of Huntington Ingalls, the company's massive shipbuilding operation, and Northrop through most of his early years as CEO was viewed as the most likely defense prime to test the Pentagon's resolve not to allow further top-tier defense consolidation. Bush also moved Northrop Grumman headquarters from southern California to the Washington, D.C., region to bring it closer to its key customer.

The company in 2015 beat out Boeing and Lockheed Martin to build the B-21 bomber, a high-tech stealth aircraft program that is expected to be worth as much as $80 billion over its lifetime. Many in the industry had expected Northrop to either try to sell itself whole or, more likely, sell its units piecemeal had Northrop not been awarded the B-21.

More recently Northrop has been among the choosier of the defense contractors, backing out of a number of high-profile competitions in which it was considered among the favorites because management decided the potential returns were not worth the investment needed. That's a trait that investors cheered, making shares of Northrop the best performer of the four largest defense-focused companies over the past year. 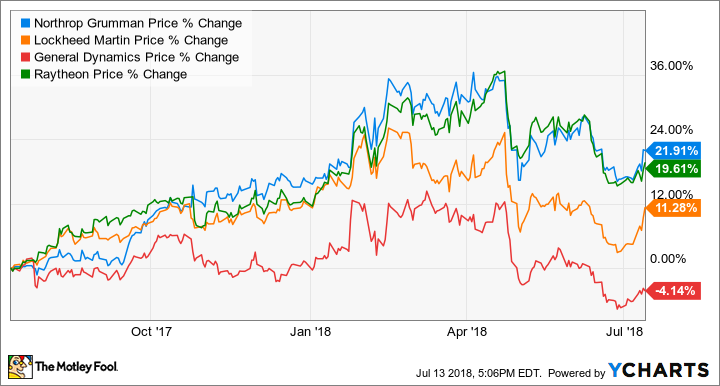 Wes Bush took over an industry laggard whose future as an independent was rightly in question and turned it into a solid performer with a bright future. The company is strong enough to handle a transition, and there is nothing in the announcement that would suggest danger lurks on the horizon.

But Northrop is also trading at valuations unseen in more than a decade, and now has both a complex integration and a CEO transition to manage over the quarters to come. Northrop at this price in my mind was already nothing more than a hold, and this added twist only reaffirms my view that now is not the time to jump in.

Northrop Grumman's long-term future looks bright, but there are less-complicated defense companies that are better buys at this moment. I'll be watching this transition from the sidelines.