It was all much ado about nothing. Speaking to MarketWatch on Wednesday, a Cisco spokesman shot down the report: "Cisco and AWS have a long-standing customer and partner relationship, and during a recent call between Cisco CEO Chuck Robbins and AWS CEO Andy Jassy, Andy confirmed that AWS is not actively building a commercial network switch." An AWS spokeswoman later confirmed that statement. 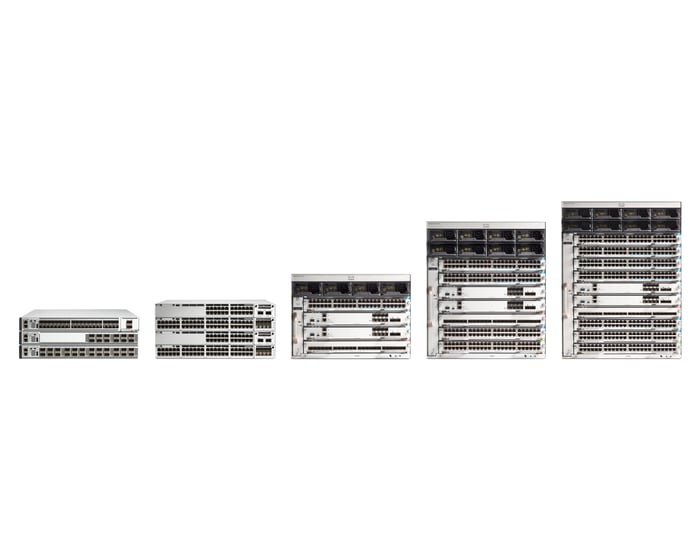 I argued last week that Amazon would face an uphill battle stealing market share away from Cisco. Cisco controls more than 50% of the market for networking switches, even after fighting off low-priced challengers for years.

Amazon was reportedly considering undercutting Cisco on price by as much as 80%, which sounds like a disruptive move. But Cisco CEO Chuck Robbins said back in July that companies often spend $15 on operating costs over five years for each dollar spent on networking equipment. The price of the equipment, then, is far less important than the ongoing costs of using that equipment. Any cost savings from a lower-priced switch can easily be swamped by higher operating costs.

Cisco's latest line of switches, the Catalyst 9000 series, uses machine learning to reduce operating costs. When the company was testing the switches with large organizations last year, it cited an operating expense savings of 61% for those participants. That wasn't the only benefit -- Cisco also said that the impact of security breaches was reduced by 48%.

Breaking into a market with entrenched players is not easy, even for Amazon. With AWS, the company had the benefit of a massive first-mover advantage. AWS was launched in 2006, years before cloud computing went mainstream. Not so with networking hardware. And with global switch sales growing slowly, it's not hard to see why Amazon would want to put its resources in other areas.

While Amazon has no plans to sell networking equipment, it could be using cheap white-box hardware in its own data centers. Other large internet companies are doing the same, and I'd be surprised if Amazon hadn't already jumped on the bandwagon. But that doesn't pose much of a threat to Cisco.

Cisco will be just fine

Even if Amazon were to jump into the networking hardware business, I think Cisco would hold up well. The company has been shifting its business model to subscriptions, selling its Catalyst 9000 switches as part of a subscription package. This move seems to be resonating with its customers. The platform boasted 5,800 customers at the end of the fiscal third quarter, up from 3,100 at the end of the second quarter, and the vast majority of customers are choosing the most advanced subscription package. This bundling of hardware and software makes it even more daunting for a customer to drop Cisco for one of its competitors.

Overall, Cisco is doing just fine. Revenue is growing, earnings are on the rise, and a massive $25 billion share buyback will be playing out over the next couple of years. With Amazon out of the picture, there's not much holding the stock back.