Coming into this past quarter, there were concerns that Canadian Pacific Railways' (NYSE:CP) earnings would be deeply impacted by negotiations with its union employees and a couple of service disruptions. Strong demand across all of its business segments, though, gave the company plenty of business to offset these issues and post market-beating earnings results.

Let's take a look at Canadian Pacific's most recent earnings results as well as what we can expect from here. 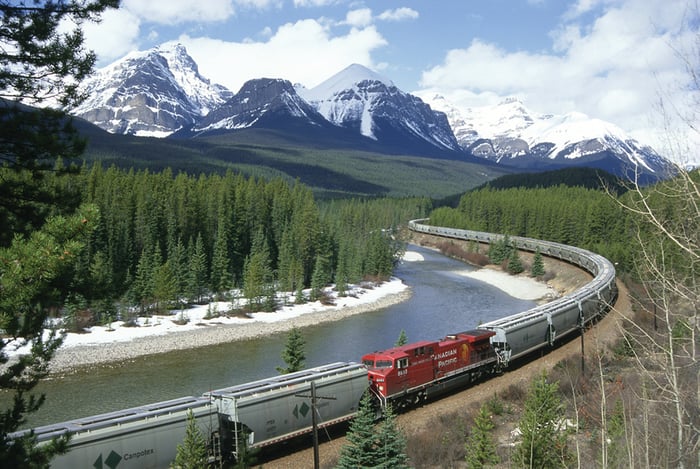 After hearing that management settled negotiations with its employees, the knee-jerk reaction would be to say that the company's earnings were impacted by higher salaries and wages. That wasn't exactly the case, however, as compensation and benefits costs were only up 1.7% compared to revenue gains of 7%. The cost that really took a bite out of margins was fuel, which increased 44% compared to this time last year. This, plus some higher material costs, were the primary reasons for why Canadian Pacific's operating ratio increased to 64.2%. For those used to seeing Canadian Pacific's operating ratio below 60%, the company made some changes to its accounting methods that have to include periodic payments to its benefits programs.

There was also a hit for 113 million Canadian dollars for foreign currency exchange rates that took a bite out of the bottom line. These things all worked against the company this past quarter, but thankfully there was plenty of business to be had as revenue increased 7% from a 2% gain in carloads and a 4% increase in revenue per ton-mile. The largest of those gains coming from its energy, chemicals, and plastics segment followed by a strong showing from its intermodal business. 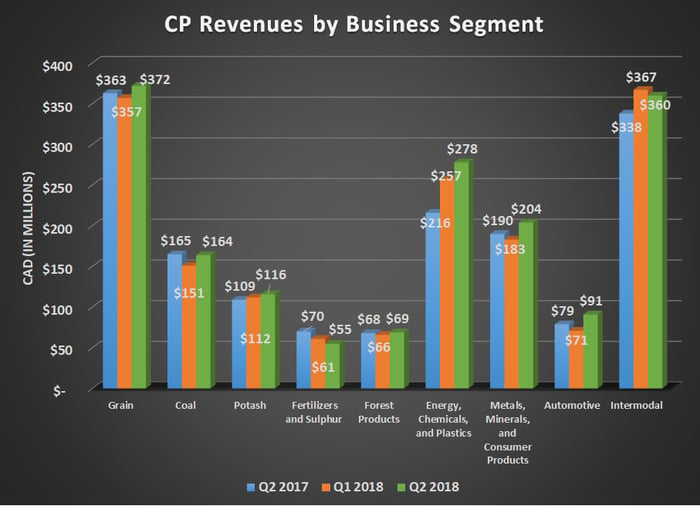 Something rather interesting of note on Canadian Pacific's conference call was that even though revenue did increase at a decent clip, CEO Keith Creel mentioned that the labor negotiations hindered total network capacity.

Labor was a very meaningful focus for us this quarter. We experienced two service interruptions due to labor negotiations with two of our unions during the quarter. As you can imagine, winding down the railway to start, to stop, winding back up the railway certainly created some inconvenience, some disruptions and additional cost and some slowed momentum, so to speak, for that process that had an influence to the quarter relative to costs, as well as curtailing to revenue and certainly paying experience and associated with that for our customers. With that said though, what has been a headwind, I think, and I'm confident and optimistic will become a tailwind, creating some labor stability as a result of those.

What is perhaps most surprising about this is that management thinks that there is more room to add capacity to its network. That seems a bit surprising as there are some signs that its network capacity is becoming constrained.

(You can check out a full transcript of the most recent conference call here.) 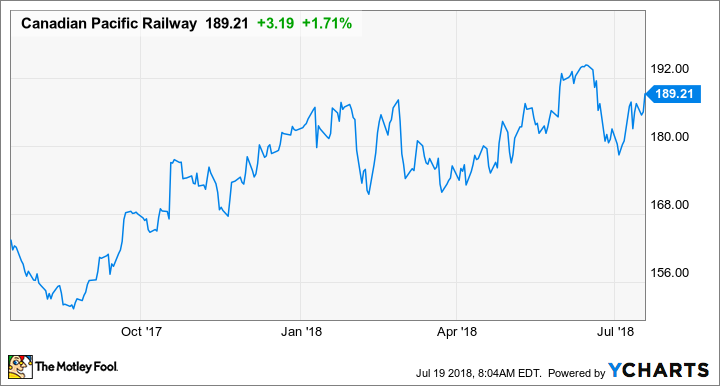 So here's what we know so far: Canadian Pacific, historically an incredibly well-run railroad, has hit a few snags with weather and labor that seem to suggest its network could be at the limits of its capacity. Management is in the process of adding capacity, but that can cause margins to shrink if fully used. At the same time, fuel costs are rising incredibly fast, which means that the company is going to have to pass higher costs prices on to its customers.

The good thing is that demand for any kind of transport is incredibly strong right now and can give Canadian Pacific the ability to raise prices without too much concern about losing business. Both rail and trucking companies are all adding capacity at a frantic pace to keep up with demand. So while it may look like Canadian Pacific is struggling to handle this capacity issue, this seems to be one of those good problems to have.