It was a tough year in 2014 for the stocks of Textainer Group Holdings (NYSE: TGH) and Teekay Corporation (NYSE:TK). That year marked the start of a deep downturn in the shipping industry that saw these two stocks eventually fall by 60% and 80%, respectively. The big question for investors today is whether or not the businesses behind these stocks have enough turnaround potential from here to merit an investment. It's a tough call, but Textainer appears to be further along in the process.

Teekay Corporation isn't a simple company to wrap your head around. It is the parent of three other entities, Teekay Tankers Ltd., Teekay LNG Partners L.P., and Teekay Offshore Partners L.P. The first two are consolidated on its balance sheet, and the third one is not. This collection of businesses serves the energy industry, which got hammered by falling oil prices in mid-2014. That helps explain some of the pain at Teekay Corporation. However, oil prices are coming back, and Teekay's shares remain moribund. 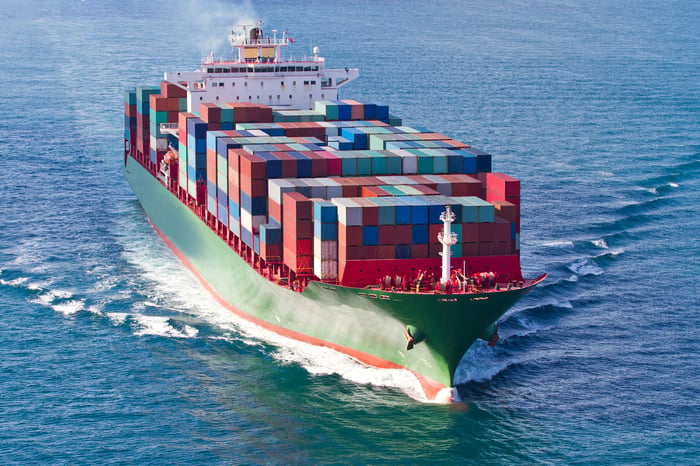 The lingering issue today is an imbalance between supply and demand, with too many ships available for hire to support the robust day rate increases that are needed to get investors excited about the future. To be fair, the company is in the middle of adding new ships, with charters already lined up, that will boost results. The dozen ships it brought on in 2017 alone should boost operating cash flow by as much as $450 million this year. But more ships doesn't solve the industry's larger oversupply problem. Still, management believes 2018 will be a key inflection point.

That said, I'm not a fan of Teekay today. For starters, there's too much complexity in Teekay's corporate structure for my taste, and I'd avoid it for that reason alone. In addition to that, recent results, while better than they were a year ago, don't inspire confidence that a turnaround is taking shape. If you like turnaround stories, you might find Teekay appealing, but most should probably stay on the sidelines until a more robust business upturn takes hold.

Just when things started getting going

Textainer Group is focused exclusively on leasing out shipping containers, those ubiquitous metal boxes that carry goods around the world. A glut of these standardized containers a few years ago caused rates in the industry to plummet, taking Textainer's stock along with it. But 2017 was a turning point for the company, with lease rates increasing in each quarter of the year. 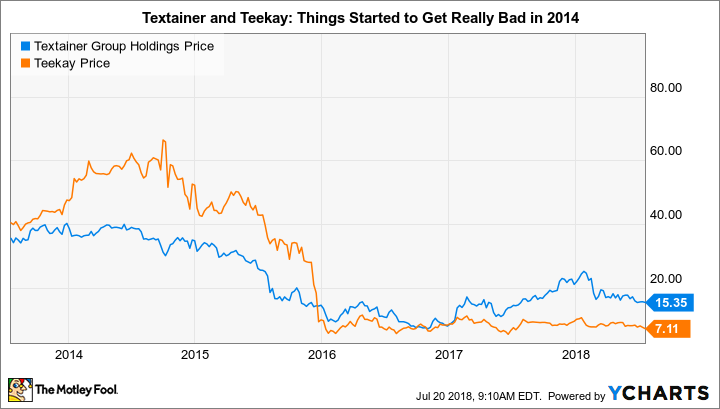 That strength carried over into the fiscal first quarter, as well, with the company's net income increasing 3.3% over the fourth quarter despite the fact that the first quarter tends to be a seasonally weak period. Its utilization rate, meanwhile, increased 40 basis points sequentially to 97.8%, a big improvement over the 94.7% average for 2016.

But there's more to this story than just a single quarter. Containers are generally leased for five to seven years. So, the bigger story is that leases inked at relatively low rates are falling off and being replaced with leases with higher rates. And those rates will stick around for the next five to seven years. All of this good news helps explain why the stock has risen around 100% from its late 2016 lows. That said, Textainer's stock is now off around 40% from its early 2018 highs.

Blame trade worries for that decline, with the increasingly heated rhetoric taking a very direct bite out of Textainer's valuation. The fear appears to be that customers will delay signing leases while the trade conflicts play out. At this point, the impact is unclear, but the locked-in lease rates from 2017 are here to stay (for the next five to seven years, anyway). Any new leases signed at higher rates provide that much more protection from trade disruption. 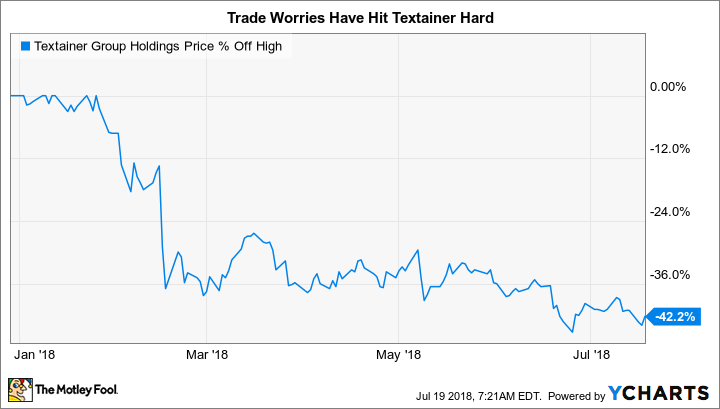 Textainer isn't a slam-dunk, with trade uncertainty a notable issue. However, Textainer still looks further along in its recovery than Teekay. And the United States is a big trade partner to key exporting nations, but it's not the only destination for global trade. So, I suspect investors' fears could easily prove overblown.

One easy answer, but not two

I think the decision to avoid Teekay is pretty easy, based on the company's complex business structure. There are just too many moving parts, and most investors would be best off avoiding the stock. Deciding whether or not to buy Textainer, meanwhile, is a bit more difficult. Its turnaround is much further along than Teekay's, but it is now facing a new headwind. Conservative investors should probably stay on the sidelines until the impact of the trade issues are better defined. However, for more aggressive types, the recent sell-off looks to me like an overreaction in the face of near-term uncertainty. It could be a very desirable buying opportunity if you have a strong stomach.