Synchrony Financial (NYSE:SYF), a leading issuer of store credit card products, is one of the financial stocks owned by Berkshire Hathaway (NYSE:BRK.A) (NYSE:BRK.B), the conglomerate headed by Warren Buffett. Added to the portfolio about a year ago, Synchrony has several characteristics Buffett loves to see -- strong growth, fantastic profitability, and a shareholder-friendly management team that loves returning capital to investors.

However, Synchrony investors recently got some bad news. After nearly two decades of being Walmart's (NYSE:WMT) co-branded credit card partner, Synchrony and the retail giant could not agree on renewal terms. The partnership, which accounts for nearly 20% of Synchrony's retail credit card balances, will be terminated in mid-2019.

Does this change the investment thesis? Will Warren Buffett and his team get out of the stock? Here's a rundown of what investors need to know about the loss of Synchrony's Walmart partnership, the general condition of the business, and whether now is the time to sell or double down. 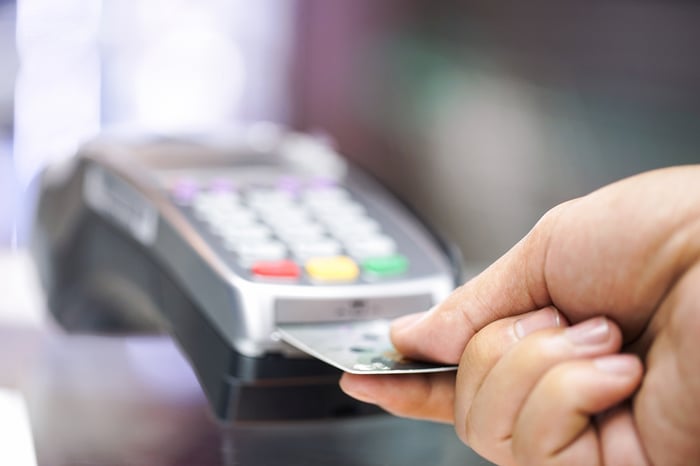 Losing Walmart is a big deal

It was reported the day before Synchrony's second-quarter earnings were announced that Walmart had reached an agreement with Capital One (NYSE:COF) to be the exclusive issuer of its store credit cards, ending a nearly two-decade partnership with the bank.

I won't sugar-coat this. Losing Walmart is a big setback for Synchrony. Walmart is the largest retailer in the U.S. in terms of sales, so while Synchrony has dozens of partnerships, this one is extremely important. In fact, the outstanding balances on Synchrony's Walmart-branded credit cards make up roughly 19% of the bank's total retail card balances.

At this point, it's unclear what will happen with the Walmart balances, which total about $10 billion. In its second-quarter earnings presentation, Synchrony said that a decision on whether to sell or retail this portion of its loan portfolio will be made by the first quarter of 2019.

Synchrony's business is doing great (other than the Walmart news)

Aside from the loss of the Walmart partnership, Synchrony's business is doing great. Loan receivables are up 5% year over year and its online banking platform has taken in $6 billion in additional deposits during the past year.

And while Synchrony is losing its Walmart partnership, the company has added some key growth-driving relationships to its portfolio. For example, Synchrony recently acquired PayPal's (NASDAQ:PYPL) credit card receivables and is now the exclusive issuer of PayPal Credit. As we saw in that company's earnings earlier this week, PayPal is growing at a rapid pace -- this could be a big growth catalyst for Synchrony.

It's also worth pointing out that Synchrony is one of the most profitable and efficient financial institutions, even by online banking standards. Its return on assets (ROA) of 2.9% for the second quarter is nearly three times the industry's 1% benchmark, and its efficiency ratio is an impressive 31%. For comparison, most major banks would be thrilled with an efficiency ratio under 55%.

The main reason is that store credit cards can be a tremendously profitable business. While they tend to have higher-than-average delinquencies, store credit cards more than make up for this with their high interest rates. In fact, even after accounting for charge-offs, Synchrony's net interest margin is more than 15%.

The company also announced a new $2.2 billion repurchase plan, which means that Synchrony is planning to buy back roughly 10% of its outstanding shares. Plus, the quarterly dividend is being increased by 40% to $0.21 per share. Based on the current stock price, this translates to a dividend yield of about 2.8% -- certainly on the high end for the financial sector.

What will Warren Buffett do?

To be clear, we don't know if Warren Buffett is considering disposing of Berkshire Hathaway's Synchrony shares in the wake of the Walmart news. And we won't know the moves Buffett makes during the third quarter until mid-November.

Having said that, I'd be truly shocked if Buffett abandons Synchrony as an investment simply because of the loss of a single partnership agreement -- even if that partner was as significant as Walmart. After all, Buffett didn't turn his back on American Express when it lost Costco. Buffett believed in the company's business model and management's ability to execute it and to create shareholder value, and it looks like Buffett's faith paid off. Since bottoming after it announced the dissolution of its Costco partnership, Amex has doubled in less than two-and-a-half years. 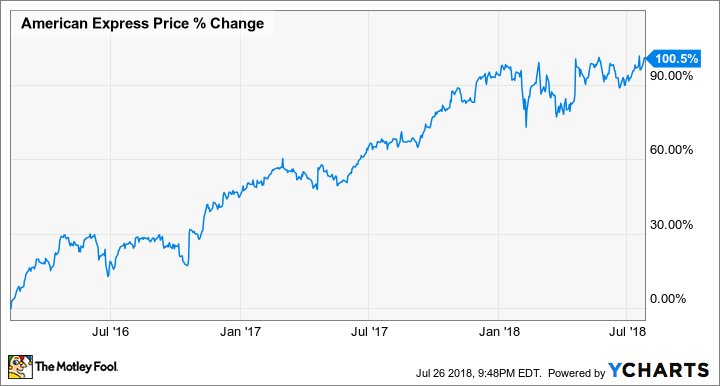 The same could certainly occur with Synchrony. In fact, the company says that it expects to be able to fully replace the earnings impact of non-renewal after the Walmart agreement expires on July 31, 2019.

The bottom line is that Buffett (or one of his stock pickers) likely didn't buy Synchrony because he or she believed that its partners would never leave. Things like that happen -- companies find better co-branding arrangements elsewhere. I'd be surprised if Synchrony didn't remain a Berkshire Hathaway holding, and as Buffett loves to buy high-quality stocks on sale, it isn't inconceivable that his position could even grow in the wake of the news.