With shares up nearly 15% today, let's take a closer look at what Pandora had to say, and what investors should be watching in the quarters ahead: 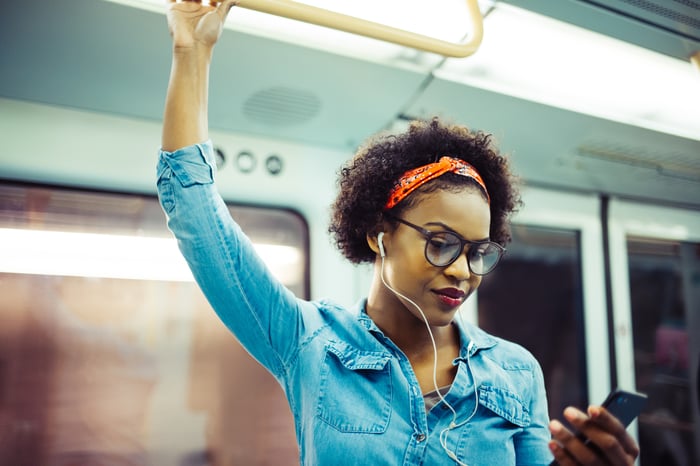 CEO Roger Lynch cited "continued progress against our strategy" during the quarter, stating: "New partnerships with top brands like Snap and AT&T, as well as enhancements to our ad tech and programmatic offerings, position us to further accelerate growth and ownership of the expanding digital audio marketplace."

During the subsequent conference call, Pandora management reiterated that its various growth initiatives "will build over the course of 2018 and beyond."

"Although we've continued to make notable progress, we are still in the early stages of what we view as a long game," CFO Naveen Chopra said.

In the meantime, Pandora provided third-quarter revenue guidance of $390 million to $405 million, or 10% year-over-year growth at the midpoint -- and above most analysts' models for more-modest growth of 4.2%. Pandora also projects third-quarter adjusted EBITDA ranging from a loss of $25 million to a loss of $10 million.

All things considered, this was another stellar quarter from Pandora as it effectively exceeded expectations on all relevant business metrics. And it should come as no surprise to see the stock rallying in response.