It may not feel as if it can get much worse for Lumber Liquidators Holdings Inc. (NYSE:LL) shareholders. The flooring retailer reported second-quarter results on July 31, and Mr. Market added more injury to an already painful year, sending shares down more than 20% by the time the market closed. And while the company continues to face challenges, including relatively weak traffic growth and high expenses, it probably had a better second quarter than the market's reaction would indicate.

Let's take a closer look at what's happening with Lumber Liquidators, and what management says to expect. 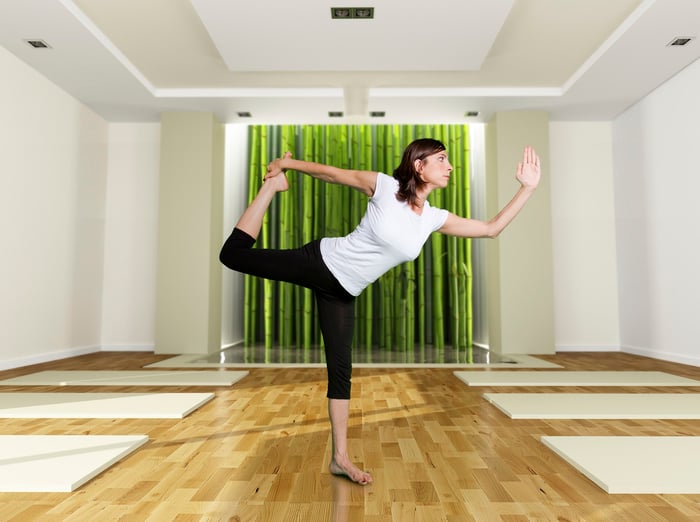 The good and bad in Q2's sales growth

Lumber Liquidators reported net sales of $283.5 million in the second quarter, up 7.6% from last year. The sales growth was driven by a solid 4.6% increase in same-store sales -- stores open more than one year -- plus $7.7 million in sales from new stores open within the past year. That's a solid result on the surface, but when we peel apart the different layers that make up the bulk of the sales growth, we see reasons for concern.

Of the 4.6% comps increase, merchandise sales increased only 0.9%, while the average number of customers invoiced was up only 0.1%. In other words, the company sold slightly more -- or more expensive -- flooring to the same number of customers as last year, with most of its comparable revenue growth coming from increased installation sales.

On one hand, that's a positive, since management has made increasing installation sales a priority. But on the other, the home improvement and housing market is quite healthy, but Lumber Liquidators isn't bringing in more customers than it did a year ago. Taking it a step further, the company said its sales to flooring professionals accounted for 25% of sales in the quarter, up from last year. That indicates that the company probably had even fewer retail DIY customers shop in its stores this quarter than it did last year.

Put it together, and its sales are a mixed bag: positives in sales of installation and a higher mix of pro customers buying from Lumber Liquidators, but negatives in that traffic remains stubbornly weak.

How that carried over to the bottom line

Since 2015, Lumber Liquidators has dealt with the aftermath of allegations that some of its Chinese-made flooring was potentially harmful to its customers' health. The company is still dealing with the repercussions, both on its expense line and with customer traffic. In the second quarter, gross margin, adjusted for some non-recurring items from last year, was 35%, down from 35.5% year over year. The decline in gross margin percentage was mainly due to increased transportation costs and inventory obsolescence expenses as the company brings new products into its stores and disposes of older inventory, as well as the impact of increased installation sales, which carry lower gross margins than most of its flooring products do.

However, the increase in sales more than made up for the decline in gross margin, with total gross profit increasing 4% to $101.3 million.

Some new items of note weighing on the bottom line

Legal issues have been an ongoing problem for Lumber Liquidators for nearly three years now. And while the company has moved very close to putting nearly all its litigation in the rearview mirror, with settlements on all but one case, high legal expenses look to remain in place potentially into next year.

Sales, general, and administrative expenses were $102.2 million in the quarter, up almost $10 million from last year, with $6 million of that figure coming from incremental legal and settlement costs. The company also expects to spend $21.4 million in cash in the fourth quarter to fund its biggest litigation settlement. It has already taken a charge on its balance sheet but will either deplete either its cash or increase debt to pay.

In a nutshell, the company will continue to see higher than usual expenses for possibly another year because of legal costs. This situation will continue to weigh on cash flows and earnings.

Lastly, the company also announced it was completely exiting the flooring manufacturing business and will sell off the small finishing operation at its Toano, Va., headquarters. The company will receive $1.8 million from the buyer over the next several quarters but will take a $2 million charge related to the facility closure and employee severance as a result. Coinciding with this move, the company plans to relocate its corporate headquarters to nearby Richmond late in 2019, when the lease in its current headquarters and finishing facility ends.

On the earnings call, management said this move would save the company money in the long term, since it could source finished products for less than it could perform the work in-house. But this move will result in incremental expenses over the next six quarters, as the closure of the finishing operation and the headquarters relocation occur.

The market seemed to dislike all the noise in the company's earnings release on top of a weak-bottom line performance and continued traffic weakness. Add in the impact of higher legal expenses that will continue for some time to come, and Lumber Liquidators shares are at their lowest point in more than one year now.

Yet there was some sign of improvement in the second quarter, since traffic did reverse after declining in the first quarter. Furthermore, the process of introducing more high-margin vinyl and engineered plank flooring is taking time, but historically those products have generated higher margins and could help draw in more traffic. At the same time, the focus on pro customers is paying off, as is the rollout of selling installation, with both metrics improving.

Management held steady on its full-year guidance for sales growth in the mid- to upper single digits, mid-single-digit comps growth, and adjusted operating margins around 2%-3%. It may not have been a very pretty quarter, but the small improvements in a few key metrics offer some indication management's strategy is starting to work. The question that remains: How much longer will it take to fully kick in? Only time will answer that.