There's no real manual to follow when you're self-employed and working for multiple employers.

The freelance life has a lot of positives. In most cases, you get to make your own schedule and work where you want.

That freedom comes with certain trade-offs. You don't get a steady paycheck and you have to provide your own benefits. A freelancer worker only gets paid for the work that he or she completes and that can be a little scary.

In addition, freelancers often have limited leverage. That puts them in a position where companies can easily take advantage of them. It's also a lifestyle that can easily be derailed by mistakes that in retrospect seem obvious, but that can sneak up on you in the moment. These challenges are precisely why myself and two fellow Motley Fool contributors are taking a look at mistakes that we made as freelancers starting out, and what we did to turn them around. 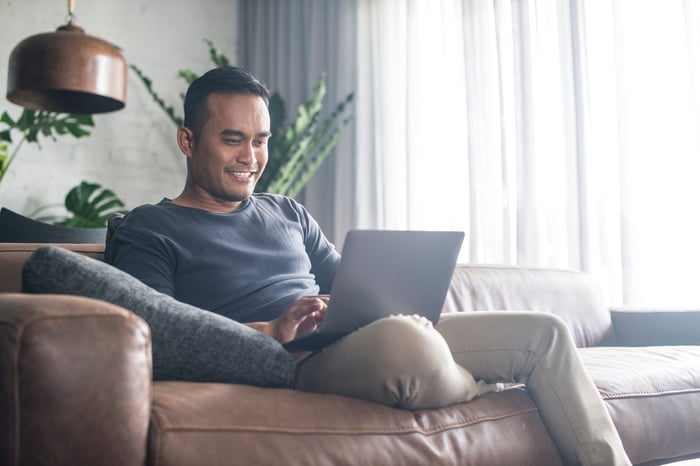 Taking too low an offer when first starting out

Maurie Backman: When I first began my career as a freelance writer and content developer, I'd done a good job of saving money in advance, knowing full well it would take me some time to establish a steady workflow. What I didn't do in advance, however, was establish a client base.

I was honestly just too busy and overwhelmed at my full-time job to focus on that, and as such, had a hard time getting work when I finally took the leap. It was those circumstances that drove me to accept a job early on whose pay was virtually laughable. But I did it -- not because I was desperate for the money, but rather, wanted the work.

Once I got busier, and the jobs started rolling in, I approached that client and asked to revisit my rate. I explained that it was well below what my other gigs were paying, and that it wasn't cost-effective for me to continue at that price point. The client, however, refused to budge, and so I continued working for her for many, many more months.

Finally, I hit my breaking point. I got her on the phone and gave a polite but firm ultimatum: increase my rate, or let me go. She opted for the latter, and I was more than fine with it. That mistake, however, taught me a lesson, and that's to never sell myself short. I knew going into that arrangement that the pay wasn't close to being up to par, but I let my fear of finding work get the better of me. These days, I try to have confidence in myself and my experience, which helps me avoid getting taken advantage of.

Not saying "not this time"

Jason Hall: One of the challenges freelancers face is having enough work. It can be very "feast or famine," and the urge to take every possible job and "make it work" is strong. If your particular skill or focus doesn't lend itself to repeat or recurring work from clients, that urge can be even stronger.

Unfortunately, the "say yes and make it work" strategy can backfire. That can lead to unhappy clients, lost work, and even meaningful harm to your reputation.

Early in my freelancing career, I said yes to an opportunity to work with a new department at an existing client. Not only did the project look interesting and pay a nice fee, but it was for my favorite client. The catch: it was due the day after I received it, I already owed that client more work than I could probably get done, and I was going to be on an airplane almost all of the next day.

Needless to say, I rushed and did most of the job wrong. Not only did I disappoint the client, I risked harming both my reputation and relationship. I ended up completing the project late and at no charge -- after profusely apologizing. And since I had to spend extra time working on this project, I missed another deadline for the person who recommended me in the first place!

Long story short: Sometimes saying "yes" can cost you more in time, money, and reputation than an initial polite decline.

Not pushing for payment

Daniel B. Kline: In the early 2000s I made my first attempt at being a freelance writer. It was not an ideal time to make that leap as it was the period when the internet bubble was bursting and a lot of companies were either going out of business or experiencing money troubles.

I managed to line up a lot of work but many of my clients were very slow to pay -- and this included some pretty big name magazines and websites. In many cases, my editors feigned ignorance on the payment process and offered me more work before transferring me to someone in accounting who promised to "look into the issue."

My only leverage was saying no to new work, but there were countless writers happy to step in and take my place. That led to me continuing to work for companies that fell six months or more behind in payment. In more than one case, I never received what I was owed as companies closed or changed hands numerous times.

I now know that it's only work if you're paid for it. As a freelancer, you have every right to demand payment before doing more work. That may cause you to lose clients, but were they really clients to begin with if they weren't paying you?