Shares of Sturm, Ruger & Co (NYSE:RGR), a designer, manufacturer, and seller of firearms mostly to American consumers, were up 11% as of 2 p.m. EDT Thursday after releasing second-quarter earnings after the prior day's market close.

Starting from the top, Ruger reported second-quarter net sales of $128.4 million, which was a 2.6% decline from the prior year's $131.8 million. Despite the slowing top line, the company's bottom line checked in with earnings of $0.86 per share, a significant 50.9% rise compared to the prior year's $0.57 per share. 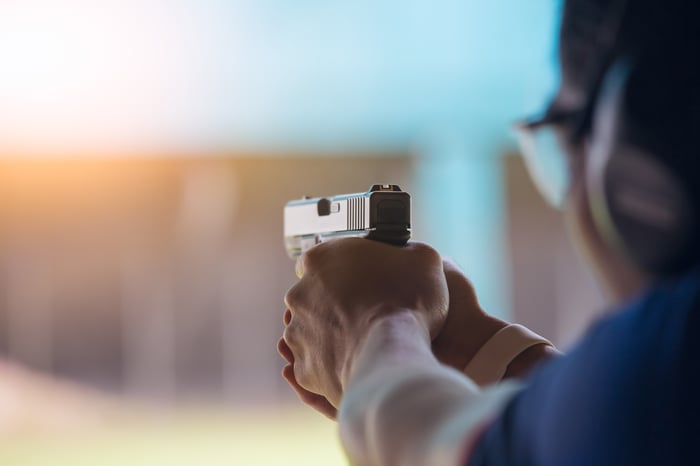 "We've been sourcing our steel domestically for decades," Sturm, Ruger Chief Executive Officer Christopher J. Killoy said during the call, according to Bloomberg. "The tariffs have made domestic steel more attractive, so demand has risen tremendously recently as manufacturers who had been getting their steel from overseas look to find domestic sources. This has led to some price increases and some shortages of raw materials."

The steel tariff pain is something that was also felt by Detroit automakers that source steel domestically. It's unclear how long the unintended consequence of the Trump Administration's tariffs will last or if the company can raise prices to offset the increased material costs.