Please ensure Javascript is enabled for purposes of website accessibility
Log In Help Join The Motley Fool
Free Article Join Over 1 Million Premium Members And Get More In-Depth Stock Guidance and Research
By Keith Noonan - Updated Aug 3, 2018 at 7:01AM

The mobile gaming company's stock dipped double digits last month but has bounced back thanks to better-than-expected earnings results.

Shares of Glu Mobile Inc. (GLUU) stock dipped 16.8 % in July, according to data provided S&P Global Market Intelligence . Sell-offs hit the technology sector late last month on the heels of earnings reports from Facebook and Twitter that fell short of the market's expectations. 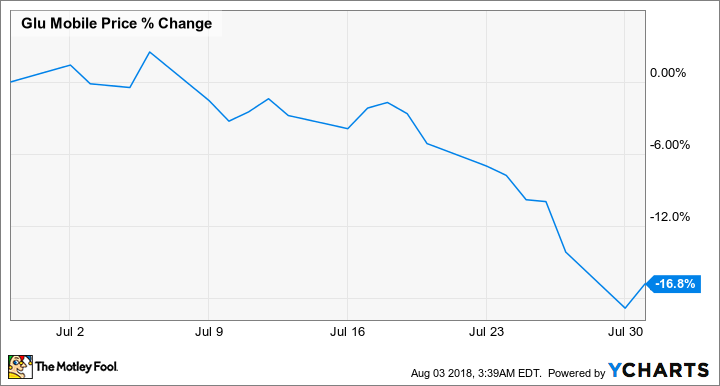 Facebook posted second-quarter earnings on July 25, and Twitter followed up with its own second-quarter report a day later. The market flinched as both companies delivered engagement metrics that evidenced slowing growth and prompted investors to reevaluate whether tech stocks at large might be overvalued. 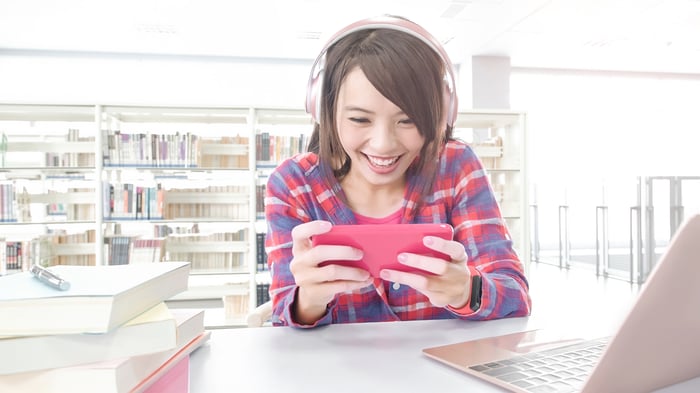 Glu Mobile is a company that's in the middle of a turnaround effort, has posted big stock gains in 2018, and was trading at roughly 27 times forward earnings at the beginning of last month. Those characteristics likely primed the stock to see large sell-offs amid heightened concerns that the tech stock could be overheated. However, shareholders didn't have to wait too long to see some relief.

Glu stock climbed following the publication of its second-quarter results after market close on July 31 and are up roughly 15% so far in the current month as of this writing. 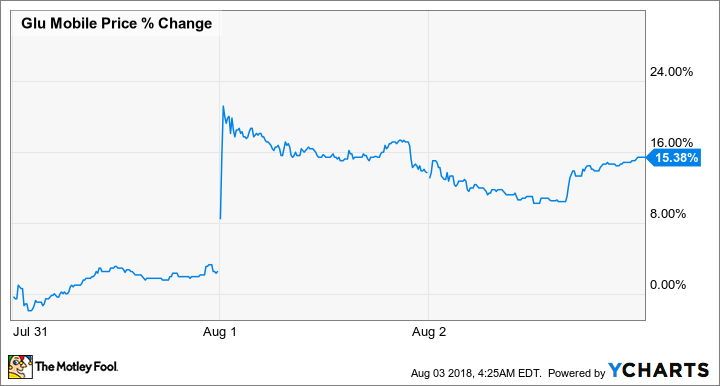 Sales for the June-ended quarter rose 31% year over year to reach $90.2 million, and bookings increased 20% year over year to land at $99.4 million. The company also raised its full-year sales guidance by roughly $11 million at the midpoint, and now expects revenue between $374 million and $378 million.

Glu is moving away from licensed titles built around celebrity brands in favor of building up its own intellectual properties. So far, it's making good progress on that front -- with games like Design Home, Covet Fashion, and MLB Tap Sports Baseball 2018 putting up strong performance. The flip side is that it's difficult to tell how long these franchises will continue to post good numbers and whether the company will succeed at introducing hit new properties, as the mobile games industry is fickle and highly competitive.