Starbucks (NASDAQ:SBUX) recently announced that it will partner with Alibaba (NYSE:BABA) to deliver drinks and snacks to Chinese consumers later this year. Alibaba took full control of Ele.me, the leading food delivery platform in China, earlier this year. The Alibaba system includes Ele.me, Hema, Tmall, Taobao, and Alipay and Starbucks says that in the partnership it will "pilot delivery services beginning September 2018, establish 'Starbucks Delivery Kitchens' for delivery order fulfillment and integrate multiple platforms to co-create an unprecedented virtual Starbucks store -- an unparalleled and even more personalized online Starbucks Experience for Chinese customers."

This partnership could help Starbucks revive its growth in China, while widening Ele.me's moat against its biggest rival, Meituan Dianping. Ele.me controlled 55% of the online food delivery market in China at the end of 2017, according to Fung Business Intelligence, while Meituan held a 41% share. 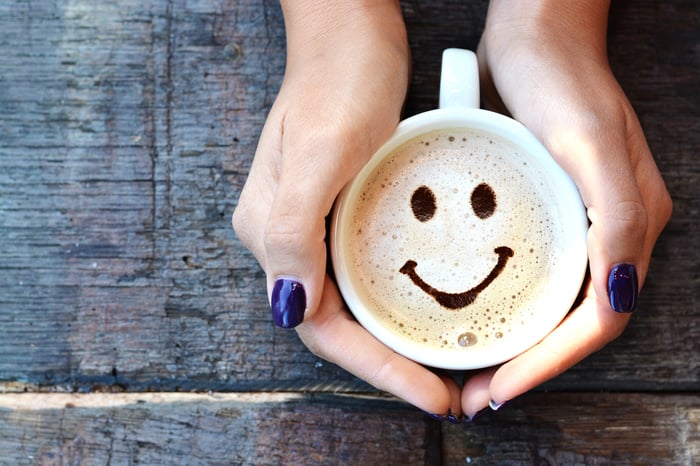 China was once Starbucks' strongest market, but comparable-store sales in the region declined in the most recent quarter.

The trend of declining comps is troubling because Starbucks continues to open new stores across China and Asia.There are about 8,200 stores in the region now and revenue from Starbucks' CAP (China/Asia Pacific) region surged 46% annually last quarter, but the region's total comps still dipped 1%.

Starbucks' lack of comps growth in the region, combined with rising spending, caused the CAP region's operating margin to fall 190 basis points annually to 16.5%. If Starbucks continues to drive its CAP sales with new store openings, those margins will keep tumbling.

During the July 26 conference call with analysts, CEO Kevin Johnson called the slowdown in China "disappointing," and said Starbucks needed to "move faster to enable delivery in China." Johnson said Starbucks would pilot delivery programs in Beijing and Shanghai this fall.

However, building a new delivery service for China would inevitably weigh down Starbucks' operating margins. Therefore it makes more sense to partner with an established food delivery service like Ele.me.

Alibaba is already the largest e-commerce player in China. However, it's been expanding into adjacent markets and fighting major ecosystem battles against Tencent (NASDAQOTH: TCEHY) and Baidu (NASDAQ: BIDU) in recent years. 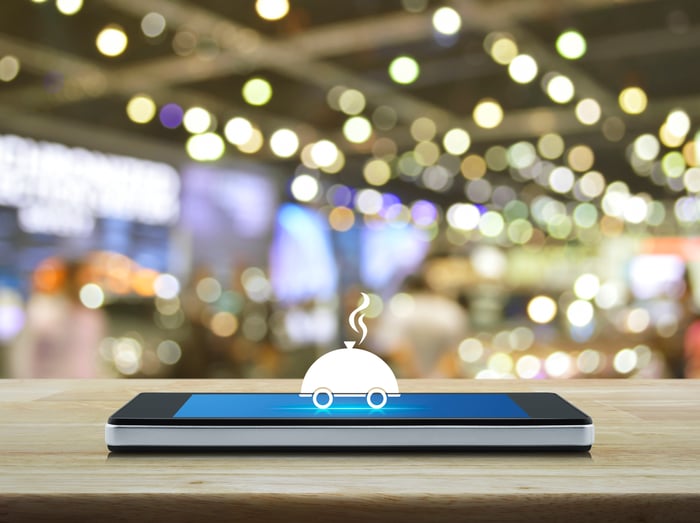 Tencent owns WeChat, the most popular mobile messaging app in China with over a billion monthly active users (MAUs). Tencent added a wide range of in-app services and mini programs to WeChat, which allow its users to make payments, order food, buy goods, hail rides, and summon other services without leaving the app. Tencent also has a major presence in food delivery via its stake in Meituan Dianping.

Alibaba and Tencent have also been investing in a growing list of brick-and-mortar retailers to expand their mobile payment ecosystems. Analysys International reports that Alibaba-backed Alipay controlled 53% of the mobile payments market last year, compared to a 40% share for Tencent's WeChat Pay (also known as WePay and Ten Pay).

This duopoly, which is mirrored in Ele.me's rivalry with Meituan Dianping, is the focal point of the escalating retail battles between Alibaba and Tencent. Partnering with Starbucks could help Ele.me and Alipay widen their moats against Tencent's respective services.

In a press release, Starbucks and Alibaba said that their partnership is "part of Alibaba's broader New Retail push, which aims to transform how commerce is conducted by merging online and offline experiences."

But will this deal really move the needle?

Starbucks thinks faster deliveries will boost its growth in China, but the company still has to deal with headwinds like tougher competition from cheaper coffee shops, better coffee from convenience stores and other fast-food players, and trade tensions with the US sparking a backlash against American brands.

For Alibaba, the partnership will only help Ele.me and Alipay if Starbucks doesn't also cozy up to Meituan. Starbucks could also eventually add new delivery and payment options to its own mobile app and cut Alibaba out of the picture. Therefore, a deal between Starbucks and Alibaba is interesting, but it might not move the needle for either company anytime soon.