The weight-loss company boosted full-year guidance but lost subscribers in the second quarter.

Shares of Weight Watchers (WW 2.80%) have gotten crushed today, down by 13% as of 1 p.m. EDT, after the company reported second-quarter earnings results. The weight-loss specialist beat expectations and raised full-year guidance but lost subscribers.

Revenue in the second quarter was $410 million, which translated into net income of $70.7 million, or $1.01 per share. Consensus estimates called for revenue of $409.5 million and $0.88 per share in profits. Gross margin expanded to 59.7% during the quarter, up from 55.3% a year ago. The company finished the quarter with $167.8 million in cash on the books and no outstanding borrowings under its revolver. 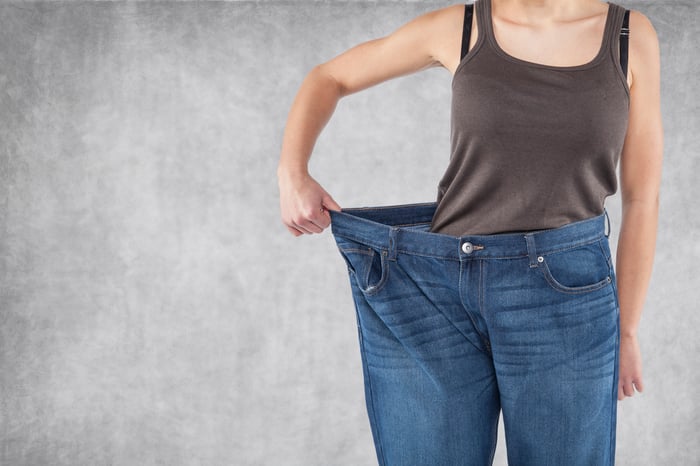 Weight Watchers raised its full-year guidance, and now expects 2018 earnings per share to be in the range of $3.10 to $3.25, compared to its prior outlook of $3 to $3.20 per share in profit. "We delivered strong revenue growth and continued margin expansion in the second quarter of 2018, building upon the impressive results we saw earlier in the year," CFO Nick Hotchkin said in a statement. "With continued momentum expected in the second half of the year, we have raised our earnings guidance for 2018."