My three top stocks to buy in August have all had wild swings this summer. Two of them saw shares fall by 10% to 20% in a single trading day, while the third lost 30% of its value over the course of four June trading days.

Here's the thing: All three are high-quality companies with bright futures. The market is giving us all an opportunity. If you don't already own shares, you should take advantage. 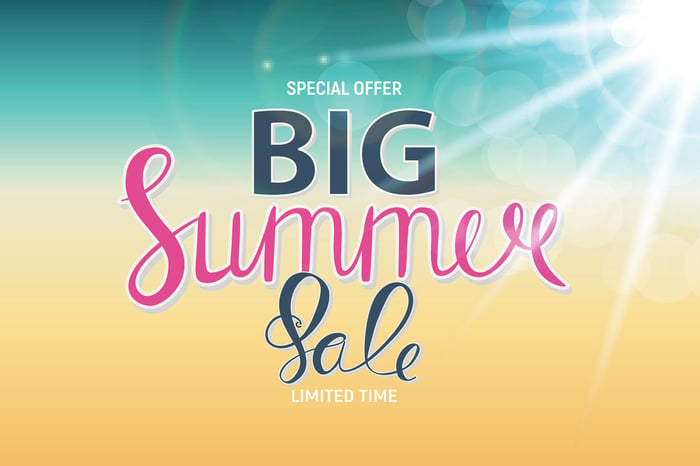 Immediately following Facebook's earnings release -- and subsequent record-breaking drop -- I was skeptical of future prospects. Growth is expected to slow dramatically, while the company plans to spend a ton on security measures. The possibility that Facebook would no longer be able to make big acquisitions (due to probable government intervention) and major increases in the costs of Facebook collecting its data (due to security spending) took away two major reasons for investing in the stock.

But -- having read a brilliant post from tech blogger Ben Thompson -- I actually don't think it's that disastrous. For starters, while Facebook will probably never be able to make another WhatsApp or Instagram-esque acquisition, those two properties are just starting to scratch the surface of monetization. As far as advertising goes, there's still a long runway for growth.

And while it's not fun for investors to see security costs rise so fast, there's an important caveat: Any company that hopes to reach Facebook's scale will have to spend just as much on security. The data breaches associated with the 2016 election were a warning shot for all social-media companies -- not just Facebook. The fact that Facebook has a $42 billion war chest -- with trailing free cash flow of $17.6 billion -- means that Chinese social-media giant Tencent Holdings is the only company that wouldn't be hampered by such increased cost requirements.

Trading at less than 30 times its free cash flow per share, Facebook's stock is a good deal today.

A pivot for the ages, and no real competition

Axon Enterprises is better known by its former moniker: TASER International. The company formalized a business pivot for the ages last year when it changed its name to focus on body cameras and -- more importantly -- a software-as-a-service (SaaS) model of guaranteed subscription income.

When earnings were announced earlier this month, there was a lot to like. The number of seats booked on Evidence.com -- a platform to store, analyze, and share police body-camera footage -- jumped by over 70,000 to eclipse the 300,000 mark. The move was helped by the acquisition of Axon's only real competitor, VIEVU. Recurring revenue from the platform jumped 76% while gross profit jumped 97% for the segment.

And Evidence.com may just be the tip of the iceberg. Axon expects to roll out a records management system in 2019 that could save police officers thousands of hours. Management hinted at a new dispatch service for first responders. And the company just announced that the first fire department -- in Charlotte, North Carolina -- would be signing on to use Axon body cameras.

The stock had made huge gains -- tripling in less than a year -- before this month's earning's release. That, plus the lack of a raise in guidance, may have contributed to the stock's fall. But either way, this $3 billion company could easily be worth a lot more given its runway for growth, lack of meaningful competition, and widening moat via high switching costs.

Finally, we have Zuora. This $3 billion company, which had its initial public offering in April, is the brainchild of Tien Tzuo. Tzuo was employee No. 11 at Salesforce.com when he realized something: Established businesses needed to start transitioning to subscription-based models, instead of relying on one-off sales. Moreover, legacy enterprise resource planning (ERP) systems were ill-equipped to deal with back-office billing associated with subscription models.

Thus was born Zuora; its principal product, Zuora Billing, helps companies make this transition. Since the end of 2015, the number of customers with $100,000 annual contracts has jumped from 242 all the way to 441. At the same time, Zuora has introduced additional tools, including Zuora Collect, Zuora Insights, and Zuora RevPro.

These products, plus satisfaction with the overall ecosystem, have helped the company recognize dollar-based net retention rates as high as 112% last quarter. What this means is that customers are not only staying on board with Zuora, but also spending more with the company over time. That's a key indicator of high switching costs -- which gives Zuora enviable leverage over time.

Rest assured that none of these suggestions are offered without careful consideration. Facebook and Axon already account for 7% and 6% of my real-life portfolio, respectively. As they are already over a 5% allocation, I won't be adding any more shares -- but I otherwise would.

And while I don't yet own shares of Zuora, I will be adding them when Motley Fool trading rules permit. If you're looking for three top stocks to add to your own portfolio in August, all three represent excellent options.