Here are the bank stocks these three contributors have their eyes on now.

The stock market has been pushing higher recently, with the S&P 500 just under its all-time record level. As a result, many stocks look expensive, including in the financial sector.

However, there may still be some bargains to be found. Here's why three of our contributors think it may be time to take a look at Synchrony Financial (SYF -0.50%), KB Financial Group (KB -2.79%), and Discover Financial Services (DFS 0.22%). 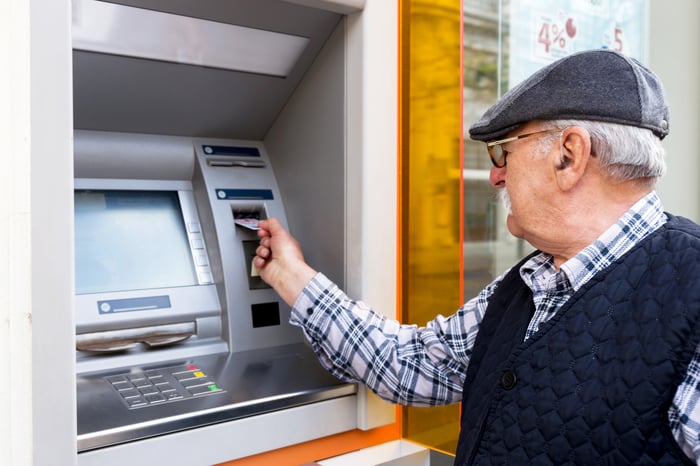 To be clear, losing the Walmart partnership is a big deal, akin to when American Express lost its Costco relationship a few years ago. In fact, Walmart cards make up nearly 20% of Synchrony's retail card balances. However, there are a couple of things to keep in mind.

First, while Synchrony's Walmart partnership is a big deal, it's still just one partnership of many. The company expects to be able to fully replace its Walmart earnings elsewhere, and with its success in adding relationships recently, that isn't inconceivable. For example, Synchrony recently became the exclusive issuer of PayPal Credit.

Second, Synchrony is still a highly profitable business, with returns and efficiency that are among the best in the banking business. Synchrony's return on assets of 2.9% is nearly three times the industry standard thanks to its low-overhead business model and the high profit potential of store credit cards. Synchrony is such an attractive business that it's part of Berkshire Hathaway's closely followed stock portfolio, which is known for investing in some of the best-run banks in the United States.

While KB Financial isn't a name most folks are probably familiar with, the company's conservative strategy of trying to balance interest and non-interest income, reducing costs, and improving credit quality has been a formula to increased profitability since roughly 2014.

As for net non-interest income, which is derived from credit fees, mutual fund commissions, trust fees, and various banking fees, KB Financial Group reported a 40% first-half increase. In particular, commissions received from its securities business soared more than 47% and comprised just over a quarter of the bank's non-interest income in the first half of 2018.

Investors should also like KB Financial Group's substantially improved credit quality. With the exception of a less than 2% uptick in provisions for credit losses last year, KB Financial's provision for credit losses is down over 60% since 2013. Further, the group's non-performing loan ratio has dropped in each of the past five quarters, from 0.88% in Q1 2017 to 0.66% in Q2 2018.

All told, we're looking at South Korea's leading financial institution by profit, and it's trading at just 60% of its book value, paying out nearly a 4% dividend yield, and valued at close to six times its profit potential this year. To me, that looks to be a great value for long-term-minded investors.

A bank trading at a discount

Jordan Wathen (Discover Financial Services): You can think of Discover as a credit card company that deals in private student loans and personal loans on the side. Its core credit card business thrives by finding cardholders who are likely to carry a balance from month to month, resulting in a steady stream of interest income.

Discover uses promotional offers such as 0% intro APR credit cards to lure in new cardholders. The marketing works, but it comes at the cost of lost income today. On the most recent conference call, the company said about 21% of its book is driven by balance transfer and other promotional offers. That's weighed down its net interest margin, as its loan yields aren't keeping pace with the increase in its deposit costs.

Management guided for promotional balances to decline in the second half of the year, and for personal loan balances to flatline or decline slightly over the same period. With loan growth in question, Wall Street's letting shares trade cheaply at a little less than 10 times consensus earnings estimates in 2018.

I see Discover's willingness to cut back when certain markets get overheated as an asset, not a liability. After all, making loans is easy -- getting paid back is the hard part. At about 10 times earnings, Discover is hardly priced for perfection; loan losses, marketing expenses, and deposit costs can all move in the wrong direction, yet shareholders can still eke out an attractive return simply because it trades so cheaply.

Why Shares of Discover Financial Services Are Falling Today