The Market sees a mouse, and jumps -- for joy.

Shares of mobile games-maker Zynga Inc. (ZNGA -2.04%) climbed more than 10% in intra-day trading Wednesday before settling down to close the day still up a respectable 7.8%.

You can thank Disney for that. 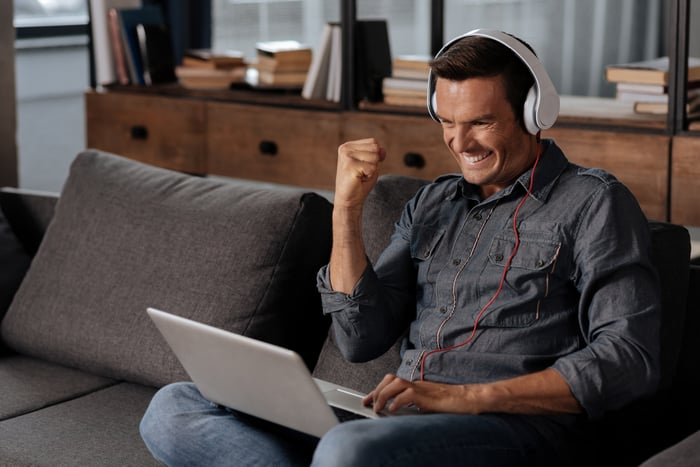 Zynga is cozying up to the House of Mouse, and investors like that a lot. Image source: Getty Images.

In a press release  posted on its website, Zynga announced after the close of trading Tuesday that it has just signed a "multi-year licensing agreement with Disney to develop and publish a new mobile game, with the option for a second game," based on Disney's Star Wars franchise. Zynga will also take over "operation" of Disney's Star Wars: Commander "free-to-play real-time strategy game" that was first launched back in 2014.

No financial terms were mentioned in the press release, so it's hard to say how much this deal means for Zynga in terms of dollars and cents -- revenue and profits.

Investors appeared willing to bet Wednesday, however, that it's going to be worth quite a lot to Zynga. In bidding up the shares today, they added $250 million to Zynga's market cap, lifting the stock's valuation close to triple digits.

As of its closing trade, Zynga stock now sells for 98.3 times trailing earnings.