Please ensure Javascript is enabled for purposes of website accessibility
Log In Help Join The Motley Fool
Free Article Join Over 1 Million Premium Members And Get More In-Depth Stock Guidance and Research
By Billy Duberstein - Aug 23, 2018 at 10:27AM

The Danish jeweler is on the hunt for a new leader after a disappointing first half.

It has not been a good year for shareholders of Danish jewelery brand Pandora A/S (NASDAQOTH: PANDY). Shares are down almost 50% on the year, with much of that coming amid a recent revision to the company's full-year 2018 revenue and EBITDA targets. In the wake of that news, CEO Anders Colding Friis stepped down, and the company announced that it would be searching not only for a new CEO in the next few months but also for some new board members.

That all sounds like a disaster, but there were actually some silver linings in the company's second quarter results, and the stock trades at a bargain-bin price-to-earnings ratio of 8x. So is there hope for Pandora, or will the incoming CEO continue to have their hands full? 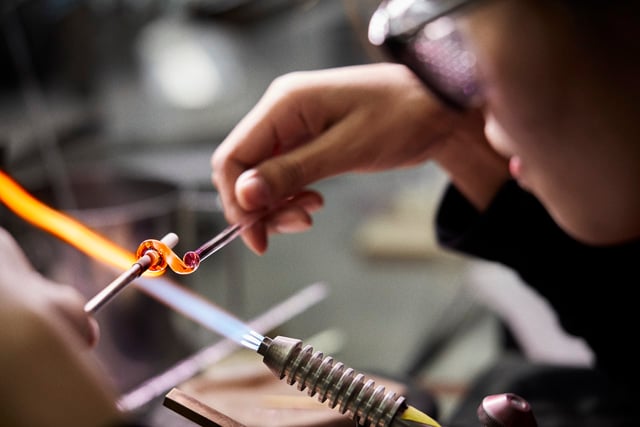 What's ironic about the management change is that the company implemented a comprehensive five-year strategic plan in January. Despite Friis's departure, the board has maintained that it's committed to the strategy, which involves increasing product innovation frequency, buying out franchisees, increasing e-store penetration, and other cost-cutting efforts.

So why is Friis out? Well, one, Pandora changes its CEO somewhat frequently for a public company -- it's had five CEOs since the company went public in 2010. Friis had been in the role since late 2014, and his ousting was likely due to pressure from investors. A lack of investor confidence has driven down the stock, as the recent guidance reduction came just after management had reaffirmed its full-year EBITDA margin guidance less than a month prior.

The problem, according to management, is specifically related to the charm segment, which has not rebounded on new designs. Management had expected the new Shine collection to reignite growth in the category, but instead, new charms sold in line with existing collections. Customers, while still apparently buying bracelets (which grew 15%, excluding one-off adjustments), are on average wearing fewer charms per bracelet, leading to the charms category shrinking 3%. Although the company sells a diverse array of jewelry, including bracelets, necklaces, and earrings, the charms category makes up 53% of sales and is very much tied to Pandora's brand identity.

Adding fuel to the fire is the fact that these new products have also taken longer than expected to make -- as much as 50% longer than older, existing designs -- and that has put a dent in gross margin.

Some glimmers of hope

While there aren't a lot of positives with Pandora right now, total same-store sales for the company in the second quarter were only down 1% -- not uncommon in the new age of retail disruption. It was also an improvement from the first quarter's 5% slide.

The key U.S. and Chinese markets also improved from the first quarter, with China growing same-store sales 1% (on a rapidly growing store base) and U.S. same-store sales of 3%, adjusted for currency and one-time items. E-store sales also jumped a huge 54% and made up 9.2% of the top line.

All non-charm categories, which now make up a combined 47% of sales, grew double digits, and the company actually increased its plans for new store openings to 250. That may be a risky move but also indicates management is confident the company can open more locations in underpenetrated markets.

Weighing the good and the bad

While uncertainty looms for Pandora, the market is pricing in a particularly bleak future. The question, of course, is whether overall same-store sales will stabilize or whether they'll undergo more rapid declines. Value-oriented investors will want to monitor Pandora's progress as the search for new leadership begins.