Danish jewelry maker Pandora A/S (NASDAQOTH: PANDY) has had an awful year. The stock is down about 50% so far in 2018 thanks to the company missing quarterly earnings forecasts and its CEO resigning earlier this summer.

The company is still without a CEO, and it reported yet another earnings miss on Nov. 6, along with another lowering of guidance. Pandora now guides for just 2% to 4% growth for 2018, lower than the previous guidance of 4% to 7%, which itself was down from January's guidance of 7% to 10%. The company did maintain its EBITDA (earnings before interest, taxes, depreciation, and amortization) margin estimate at 32%, which had been lowered from 35% earlier this year.

Let's take a look at what's going on with the company. 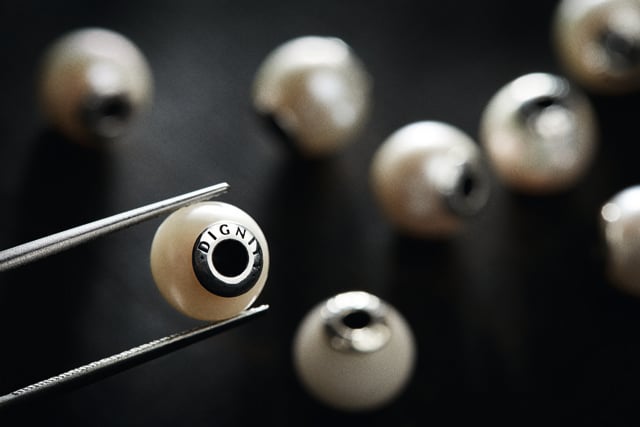 Revenue wasn't as bad as it looked

While the headline revenue numbers looked truly terrible for Pandora, the underlying numbers were actually better than advertised. For the quarter, revenue declined an ugly 3%, with same-store sales also down by 3%. EBITDA margin was 29%. These are  terrible-looking numbers compared to 2017, when revenue increased 15%, along with 37.3% EBITDA margin for the full year.

However, last year, the company shipped its Christmas collection to franchisees early in the third quarter, whereas this year the collection will be shipped in the fourth quarter. That affected overall revenue by about 175 million Danish kroner. (The exchange rate on Nov. 21 is $1 = 6.55 Danish kroners.) Adding that back to the third quarter's revenue would yield a very small decline in revenue of less than 1%. That's certainly not great, but is meaningfully better than the headline figure.

Another mild positive: Across certain markets, "like-for-like" same-store sales (a better proxy for end customer demand) showed shoots of growth. Namely, comps were up 4% in the U.S., up 3% in Germany, and up 1% in China, which is a large and important growth market and had been negative earlier in the year.

On the downside, the mature U.K, and Italian markets, which are currently larger than China, declined 5% and 7%, respectively.

Investors may be giving Pandora time to work with its new strategy, called "Programme NOW," which entails cost-cutting, increased efficiency of working capital, and most importantly, cutting back on new store openings.

That last element -- cutting back on new store openings -- seems to have struck a positive chord with investors. While Pandora will open 250 new stores this year, management announced it would be cutting back the 2022 target from another 750 to roughly another 400, with a focus on underpenetrated markets such as China and India.

Limiting store growth is welcome because customers seem to be migrating to Pandora's e-store at an accelerating rate. Pandora's e-store revenue increased 52% year over year in the most recent quarter and it now makes up 8% of total revenue, up from 5% in the year-ago quarter.

In recent years, Pandora has decided to buy franchisees and open new stores at an aggressive pace, which is not good if physical store sales are declining as they seem to be. CFO Anders Boyer-Soegaard said in the company's conference call with analysts that the company needs "a structured, systematic approach to the way that we use capital, because cash is a scarce resource ... We are very profitable and we are very cash-generative, but that does not mean that cash is for free."

Pandora seems like a company in disarray right now, and the company still doesn't have a CEO. At the same time, the stock is very cheap, trading at  7.7 times earnings estimates. What are investors to do?

It's hard to say. Boyer-Soegaard and the new COO, Jeremy Schwartz, have course-corrected from reaching for growth to focusing on costs and profits. The big question will be whether the company can stem same-store sales declines, as it's moved more toward a fully owned model. If new management can stabilize same-store sales while also cutting costs, the stock could be a bargain. But if comp sales continue to decline, all bets are off.