It may be impossible to spill too much ink discussing the incredible, virtually overnight transformation in American energy trade. In 2005, the United States was the world's top net energy importer, relying on imports for 30% of its total energy and 60% of all petroleum consumption. By 2022 and perhaps sooner, Uncle Sam is expected to elbow his way to near the front of the global trade line and become a net energy exporter.

It's difficult to communicate the magnitude of the shift in American energy trade flows. Consider that energy products have been the country's single-largest trade deficit category for decades. The imbalance peaked at $321 billion in 2011, comprising more than 60% of the nation's entire trade deficit. Yet in a few short years, energy products will become one of the United States' biggest competitive advantages on the global stage.

It also creates some tremendous long-term opportunities for oil and gas stocks that only are just beginning to be exploited. Individual investors looking to share in the awesome rise of American energy may want to start paying closer attention to the trend. 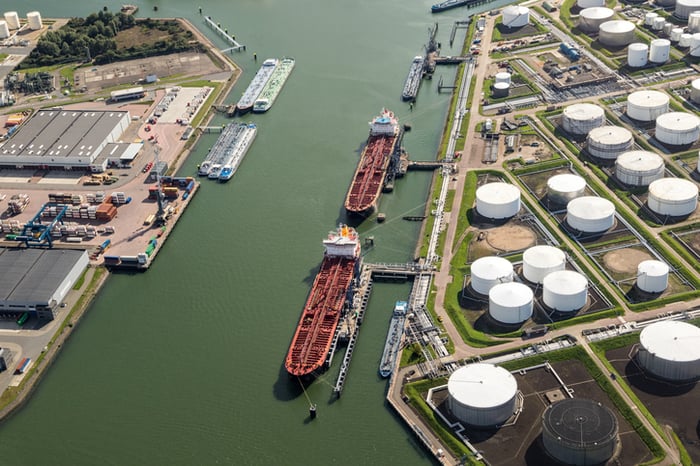 America as a top energy exporter? It's true.

The United States is already a net exporter of coal (since before 2000), ethanol (since 2010), petroleum products (since 2011), and natural gas (since 2017). The only major product without a positive trade balance is crude oil. The country isn't expected to become a net exporter of the latter until the 2030s, but excesses in refined products and liquefied natural gas (LNG) will more than pick up the slack.

In fact, they already are. From the peak in 2011 to 2017, the country's trade deficit in energy products fell 83%. The pace of the trend is why, given the right combination of factors, the U.S. Energy Information Administration thinks the country could become a net energy exporter as soon as 2020. It's not as big of a reach as it seems.

While higher energy prices can juice the import and export numbers from year to year, it washes out when considering the trade balance for each annual period. A combination of booming domestic production fulfilling a greater proportion of consumption and soaring exports from brand-new LNG export terminals and the lifting of the ban on crude oil exports in December 2015 puts the United States on a path to becoming a net energy exporter for the first time since the 1950s. A number of companies are doing their part to make sure it happens.

These stocks are poised to capitalize

Energy companies up and down the value chain stand to make an impact. It turns out that looking at the structure of the industry is a great way to survey the opportunities available. Here's an example of a company or two from each major category driving the American energy trade trend.

Sending more oil abroad makes room for more oil production here at home. EOG Resources (NYSE:EOG) is an independent energy producer that has maintained extraordinary fiscal discipline for its production assets over the years. The company focuses on returns, not production volumes, to gauge its success. By that measuring stick, it's been wildly successful.

In the first six months of 2018, the business delivered year-over-year increases of 52% for revenue and 682% for operating income. That's because EOG Resources can remain profitable with crude oil above $50 per barrel, so it shouldn't be surprising that it's absolutely crushing it with oil prices near $70 per barrel now.

Household names are making a splash, too. ExxonMobil (NYSE:XOM) has plans to double earnings and cash flow by 2025, in large part driven by a fivefold increase in crude oil and natural gas production in the Permian Basin. It already has begun financing massive new energy pipelines out of the region and toward its robust refinery infrastructure along the Texas Gulf Coast, which likely means the oil major will play a significant role in increasing energy exports from the United States. 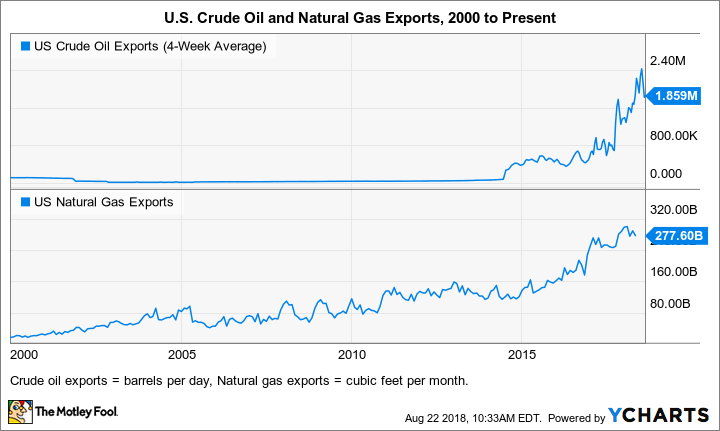 Midstream: Pipeline operators represent a critical link in the industry's value chain. They're responsible for gathering crude oil and natural gas production from the field, moving it to processing facilities, then to chemical manufacturing, refinery, or export infrastructure.

Antero Midstream Partners (NYSE:AM) is uniquely positioned to capitalize on natural gas production in the Marcellus and Utica shale basins, which are responsible for 41% of the country's total shale gas output. The region is expected to double production by 2023 -- and the company will be ready.

After building out gas gathering and processing (and freshwater-delivery) infrastructure to support its sponsor, Antero Resources, the business has grown distributable cash flow 1,032% since its IPO in 2014. It expects for that to continue after investing $2.7 billion in growth projects in the next five years, which could allow it to grow its distribution per unit from $1.66 today to $4.10 by 2022.

Meanwhile, $68 billion behemoth Enterprise Products Partners (NYSE:EPD) is investing to exploit the under-the-radar opportunity represented by natural gas liquids (NGL) and chemical manufacturing. Since 2010, a staggering $181 billion has been committed to building new petrochemical manufacturing infrastructure in the United States -- all because of cheap NGLs that can be used as feedstocks. The resulting chemical production then will be used domestically, or more likely, it will be exported.

Enterprise Products Partners has or is building pipelines to deliver NGLs to chemical manufacturing infrastructure or export terminals to go along with storage, transport, and export infrastructure for the resulting petrochemicals. In other words, the company will play a huge role in exports of both NGLs and petrochemicals (for which the United States posted a trade deficit of $40 billion in 2017). 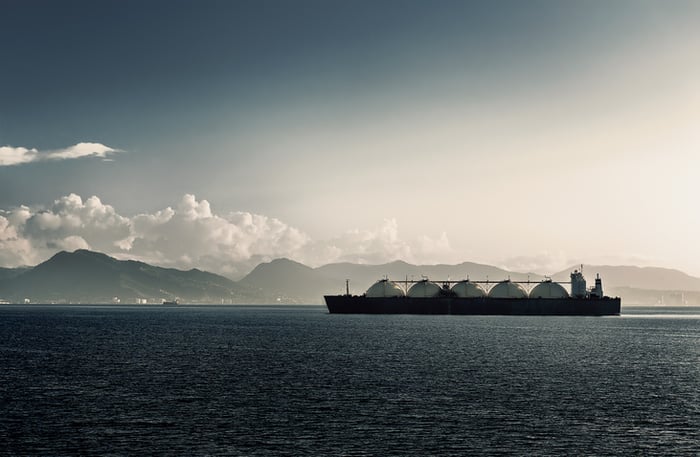 LNG exports: According to estimates compiled by Kinder Morgan, the United States is expected to increase exports of LNG from 2 billion cubic feet per day (Bcf/d) in 2017 to 14 Bcf/d in 2027 -- representing 38% of the country's total required production increase in that span. Investors won't have to wait that long, though. By 2020, the United States will become the third-largest exporter of LNG behind only Qatar and Australia.

The undisputed king of LNG exports today is Cheniere Energy (NYSEMKT:LNG), the owner of the Sabine Pass facility, which, until recently, represented nearly all of the country's export capacity. When the Corpus Christi facility comes online by the end of 2019, the company will own close to 4.5 Bcf/d of export capacity. But by then, it won't be the only exporter cashing in.

Kinder Morgan will have a relatively small export capacity volume at its Elba Island project. Dominion Energy recently started up the Cove Point project. Throw in the first legs of the Cameron and Freeport projects, and the United States could have over 9 Bcf/d of export capacity entering 2020. 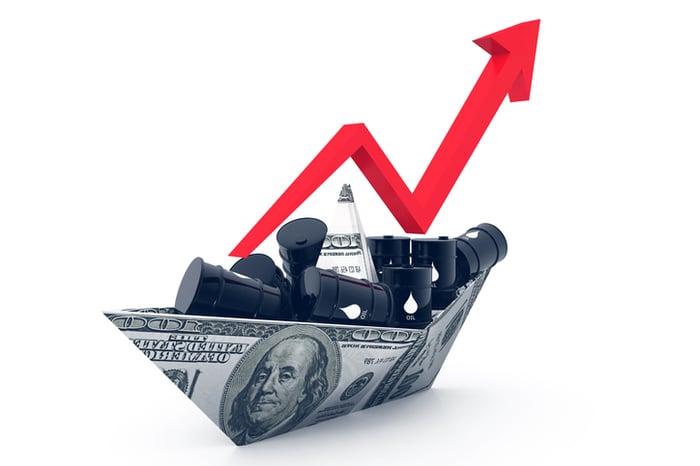 Despite being over a decade old now, the shale energy revolution has continued to pay tremendous dividends for oil and gas producers and the nation, as a whole. Things will get better still. With the United States expected to become a net energy exporter by 2022 (or sooner) and continue growing exports for the foreseeable future, this is one energy trend individual investors with a long-term mindset can't afford to pass up.