Shares of Advanced Micro Devices (NASDAQ:AMD) surged on Monday after the company announced a new graphics card aimed at datacenter visualization workloads. This news helped extend a rally that began last week, driven in part by positive analyst commentary. The stock was up 5.3% at market close, after being up as much as 13.8% earlier in the day.

AMD announced the Radeon Pro V340 graphics card on Sunday, a dual-GPU product for datacenter visualization workloads such as CAD, desktop-as-a-service, and rendering. The card features 32GB of high-bandwidth memory and is based on the company's Vega graphics architecture. 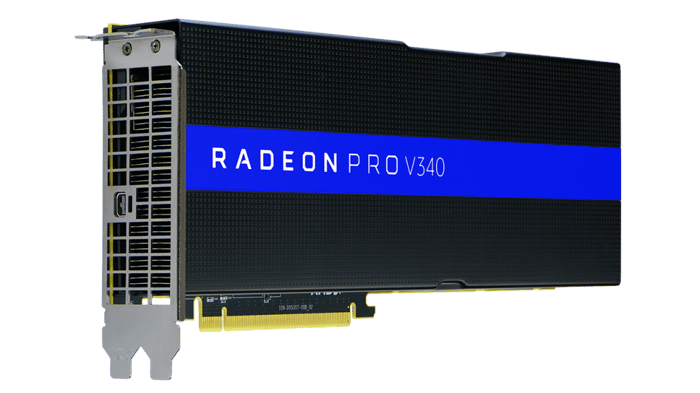 This news comes a few days after AMD received some positive analyst coverage. Rosenblatt raised its price target to $30 while maintaining a buy rating on the stock on Aug. 23, and Cowen predicted on Aug. 24 that AMD would win business with cloud computing vendors as they diversify due to chip-specific security flaws.

This string of good news has helped propel the stock higher in recent days. Shares of AMD have gained about 25% since Aug. 21 and are up more than 144% year to date. New products have driven revenue and earnings higher, with missteps by Intel lending a helping hand.

AMD has been growing revenue quickly, with 53% year-over-year growth in the second quarter. Ryzen PC chips, EPYC server chips, and Vega GPUs have made AMD more competitive in all of its markets. The bottom line has also surged, and analysts expect non-GAAP earnings to reach $0.46 per share this year.

AMD trades for 55 times that earnings estimate after Monday's surge, so investors are anticipating more growth ahead. AMD sees revenue growth slowing way down in the third quarter, with its guidance calling for just 7% year-over-year growth. The collapse of cryptocurrency-related demand will partly offset growth in other areas.

AMD has the opportunity to win share from Intel as the market leader stumbles, but the market is already pricing in at least some of that potential growth.