Computer chip giant Intel (INTC 3.03%) has been in the business of building graphics processing units (GPUs) for a long time. These efforts, however, have been focused on GPUs that were integrated as part of other chips rather than as more powerful stand-alone products.

In recent years, though, the market for stand-alone, or discrete, GPUs has seen incredible growth. Here's how graphics giant NVIDIA's (NVDA 5.16%) discrete GPU revenue has trended over the last several years: 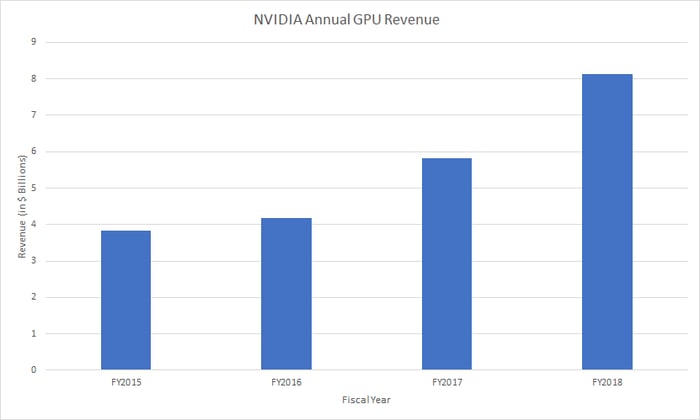 Intel announced in November of last year that it's going to take another crack at the discrete GPU market (the last time Intel sold a stand-alone graphics processor was in 1998). Let's take a look at what Intel has disclosed about those efforts so far.

To get a sense of the relative sizes of these opportunities today as well as their growth rates, it's helpful to look at the revenue and growth rates NVIDIA reported in its most recent fiscal year for gaming GPUs, data center GPUs, and professional visualization GPUs. 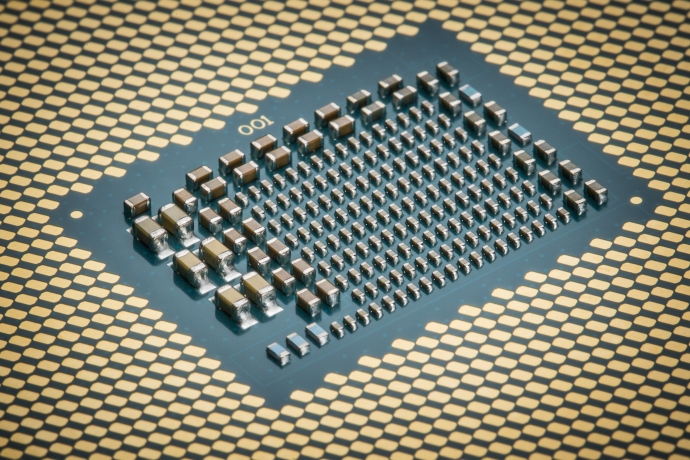 So, based on how NVIDIA's GPU sales per subsegment are going, here's a table that shows how to think about each of the subsegments of the discrete graphics market:

In tandem with its original discrete graphics announcement, Intel said that it had hired Raja Koduri to run the company's Core and Visual Computing group. The announcement also said that Koduri would "expand Intel's leading position in integrated graphics for the PC market with high-end discrete graphics solutions for a broad range of computing segments."

Before taking the gig at Intel, Koduri was the head of the Radeon Technologies Group (RTG) at Advanced Micro Devices (AMD 6.58%), NVIDIA's chief rival in the stand-alone graphics processor market. Before his stint at AMD, Koduri, Intel says, "served as director of graphics architecture at Apple Inc. (AAPL 2.32%), where he helped establish a leadership graphics sub-system for the Mac product family and led the transition to Retina computer displays."

In a May 15 question-and-answer session with an analyst, Intel chief engineering officer Murthy Renduchintala said that Koduri "is really focused on driving product architecture, product construction and driving the definition of our product roadmaps within our business units."

Back in June, Intel revealed, via tweet, that its first discrete GPU would arrive in 2020:

So, from a revenue and gross margin dollar perspective, investors are going to have to wait a while before these efforts can begin to have an impact.