Please ensure Javascript is enabled for purposes of website accessibility
Free Article Join Over 1 Million Premium Members And Get More In-Depth Stock Guidance and Research
By Keith Speights - Sep 6, 2018 at 6:31AM

But can they deliver market-beating performances over the long run?

Three high-yield dividend stocks definitely disprove the view that high yields are linked to low growth. Seagate Technology ( STX ), ONEOK ( OKE -1.99% ), and Omega Healthcare Investors ( OHI -1.68% ) have trounced the market so far in 2018. But are these stocks too risky for many investors? Here's what you need to know. 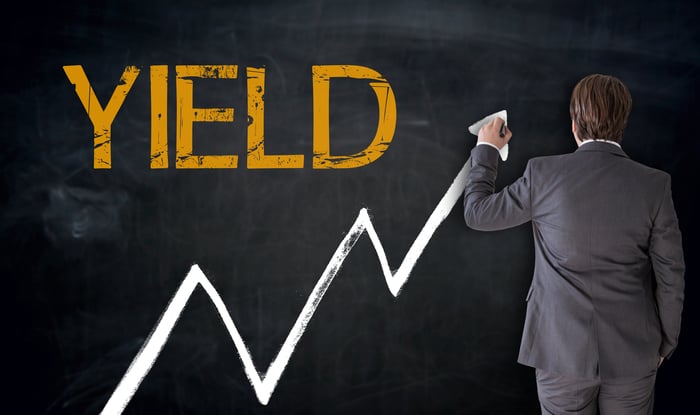 Shares of Seagate Technology are up 16% so far in 2018, roughly twice as much as the S&P 500 index. The disk-drive maker's stock performance looked even better just a few days ago, but a downgrade from a Wall Street analyst resulted in Seagate giving up some of its gains. The company's dividend currently yields 4.71%.

How has Seagate managed to beat the market this year? The growth in data centers has driven demand for the company's hard-disk drives (HDDs). This strong growth has helped Seagate overcome a significant headwind from an ongoing transition from HDDs to solid-state drives (SDDs) in personal computers, laptops, and tablets.

The good times might not keep rolling for Seagate, though. The recent downgrade from Evercore ISI, echoing a downgrade in August from Goldman Sachs, raised concerns that the shift from HDDs to SDDs could weigh on Seagate's sales more heavily in the near future. Seagate's dividend shouldn't be in jeopardy, but its growth could be.

ONEOK stock has jumped 23% year to date. As impressive as that performance is, the pipeline company's share price was up over 30% for the year earlier in the summer. In addition to its market-beating gains, ONEOK pays a dividend that currently yields 4.97%.

So far this year, the pipeline giant delivered for investors the old-fashioned way -- by posting strong revenue and earnings growth. For example, ONEOK reported second-quarter revenue of $2.96 billion, up 8.6% over the prior-year period, with adjusted EBITDA growth of more than 30%. This followed strong Q1 results announced in May.

The company boosted its full-year 2018 guidance. Drilling activity is up. ONEOK CEO Terry Spencer thinks the solid growth so far this year underscores "the consistent long-term productivity" of the regions where the company operates. As a result of optimism in the industry, ONEOK has more than $4 billion in expansion projects that should drive growth for several years.

Like ONEOK, the secret to success for Omega Healthcare Investors has been to deliver solid financial results. The company topped Wall Street earnings expectations in both the first and second quarters of 2018. Investors also have been encouraged by Omega's progress in dealing with the bankruptcy of one of its customers, Orianna.

Omega Healthcare Investors' primary focus is on skilled nursing facilities (SNFs). With the SNF industry struggling with lower occupancy, can the REIT be successful over the long run? I think so.

Demographic trends should begin working in its favor over the next few years as more Americans reach the ages where they're more likely to require skilled nursing care. The next couple of years could be challenging for Omega, but the long-term prospects for the company look bright.

I think that two of these high-yield market beaters of 2018 so far are still good picks for investors. ONEOK and Omega Healthcare Investors should provide great total returns over the next decade, thanks in large part to their tremendous dividends and solid growth prospects.

Seagate Technology, though, is iffy in my view. The company operates in a very cyclical industry, and I suspect the cycle is about to become negative. But, like the Meatloaf hit of the 1970s said, two out of three ain't bad.

3 High-Yield Stocks That Have Bucked the Stock Market Correction

Is the Stock Market Overpriced? Yes -- but Not These 3 Sectors