In our changing media landscape, Netflix (NASDAQ:NFLX) has been the clear leader in the U.S.: an impression recently confirmed by a study commissioned by Mark Mahaney of RBC Capital Markets. In that survey of 1,500 U.S. adults, 57% of respondents said they watch Netflix, with YouTube, Amazon Video, and Hulu garnering 51%, 46%, and 33% shares respectively.

Netflix's relative ubiquity comes with strong levels of customer satisfaction: 68% of subscribers were either "extremely satisfied" or "very satisfied," while only 4.5% said that they were "slightly" or "not at all satisfied."

However, as Netflix comes closer to saturating the U.S. market, it will need to boost its international adoption levels if it's to continue its torrid growth. Based on recent data, it appears that Netflix is on its way to similar dominance in a growing number of its earliest international markets. If that trend continues, the platform's worldwide popularity might soon equal the results it has already achieved domestically. 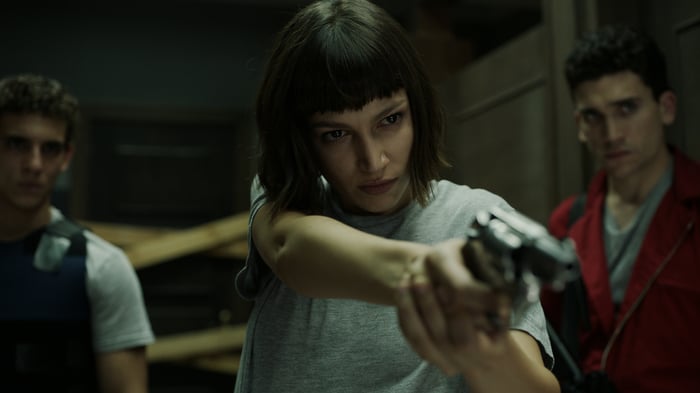 Mahaney reported similarly impressive results in the U.K., which Netflix began serving in 2012. A record 56% of those surveyed reported watching Netflix, topping YouTube (49%) and Amazon Video (36%). And U.K. subscribers expressed even higher levels of satisfaction with the service, with 80% calling themselves "extremely" or "very satisfied," while a record low 2% claimed to be "slightly" or "not at all satisfied."

RBC conducted additional surveys several months ago in other European countries that reflected the growing presence of Netflix, though naturally at earlier stages. The streaming service launched to French and German viewers in 2014, and this year, 37% of respondents in France and 35% in Germany reported watching it -- both record high levels. Customer satisfaction in those markets was particularly high, too. Of those surveyed, 93% of French and 90% of German subscribers said they were "extremely" or "very satisfied" with the service.

Some of the company's most impressive results come out of Brazil, one of its earliest international markets, which it entered in 2011. RBC's most recent annual survey there -- from September 2017 -- found that 77% of respondents reported watching Netflix. Of those, a whopping 90% were either "extremely satisfied" or "very satisfied" with the service, and 66% of subscribers said they were "not at all likely to cancel."

Not all sunshine and flowers

Netflix is making progress in many other international markets, though some regions are more challenging than others.

India is a country of great interest to Netflix. Earlier this year, CEO Reed Hastings said the "next 100 million [subscribers] for us is coming from India." To that end, Netflix has doubled its catalogue in India since it entered that country in 2016, and it introduced several high-profile originals in 2018. Three recently-released programs -- Lust Stories, Sacred Games, and Ghoul -- won critical acclaim and garnered positive ratings of 100%, 90%, and 82%, respectively, on review-aggregation site Rotten Tomatoes. Those successes were enough to move Netflix into a distant fourth place in the Indian over-the-top market. 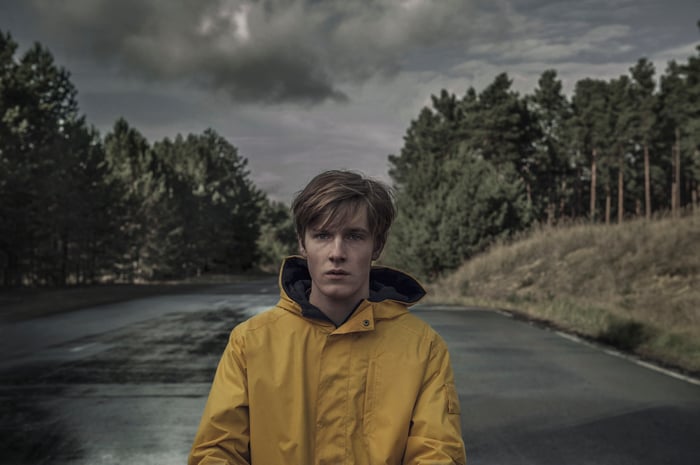 German-language program Dark is a favorite around the world. Image source: Netflix.

"Our review of Google Trends data shows a sharp spike in Netflix interest within India over the past several months, Mahaney said. "... India could well be a source of millions of new Netflix subs over the next few years, but the company has a lot of work to do." (Emphasis mine.)

The company has found other Asian markets challenging as well. In particular, regulators in China set standards that left Netflix unable to establish a solo presence, so it partnered with local service iQiyi -- one of China's leading streaming players -- to get some of its content into the market.

In Japan, Netflix has struggled to gain meaningful attention, but it finally appears to be gaining some traction. Earlier this year, a survey found it had 7% market share, behind local streamer dTV with 20%, Hulu Japan with 13%, and Amazon with 11%.

Even as Netflix struggles in high-profile markets like India and China, the company's success in many other international markets -- particularly its earliest ones -- shows that the template that made the streaming giant so successful in the U.S. can be replicated across the globe.

It typically takes at least three years for Netflix's subscriber growth to accelerate following its entry into a new market. In mid-2016, analyst Benjamin Swinburne said, "In all markets three years or older, [Netflix] has reached well above double-digit penetration and is generating profits." He cited Brazil as an example, where Netflix "accelerated after years of fairly modest growth." Some of the most dramatic subscriber acceleration has occurred in the fourth and fifth years after Netflix enters a new territory.

If that pattern continues to hold -- and the evidence suggests it will -- Netflix's already impressive international growth should spike in 2019 and 2020, years four and five after its much publicized move into 130 countries in early 2016.

While some fear that Netflix's subscriber growth is beginning to peak, I think it's just getting started.