Despite now being the top dog in wearables (for two consecutive quarters), the Mac maker still does not disclose detailed figures for Apple Watch or its wearables business, believing that the information is competitively sensitive. That leaves investors somewhat in the dark about one of the most promising growth avenues for Apple's business. To get an idea, we have to turn to third-party estimates.

According to those estimates, it now appears that Apple is about to hit a major milestone for its popular smartwatch. 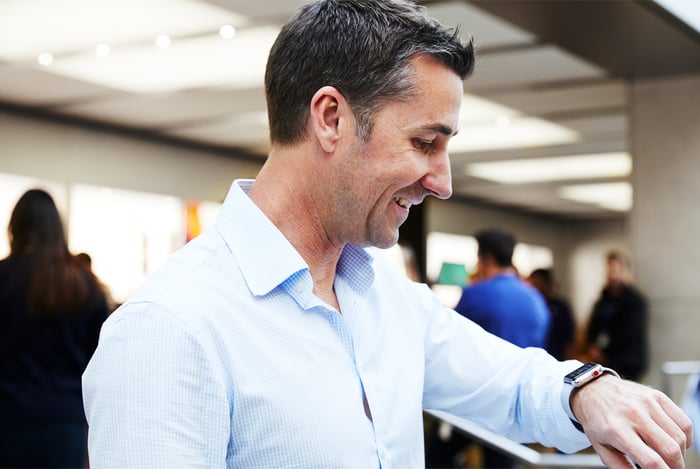 If we compile market researcher IDC's historical estimates about Apple's quarterly unit volumes, they show that Apple is now approaching 50 million in cumulative Apple Watch units. To be precise, Apple has sold 47.4 million Apple Watches ever since launching the smartwatch way back in Q2 2015. In particular, unit volumes surged last holiday season after the introduction of Apple Watch Series 3, which added cellular connectivity for the first time. Here are IDC's quarterly estimates: 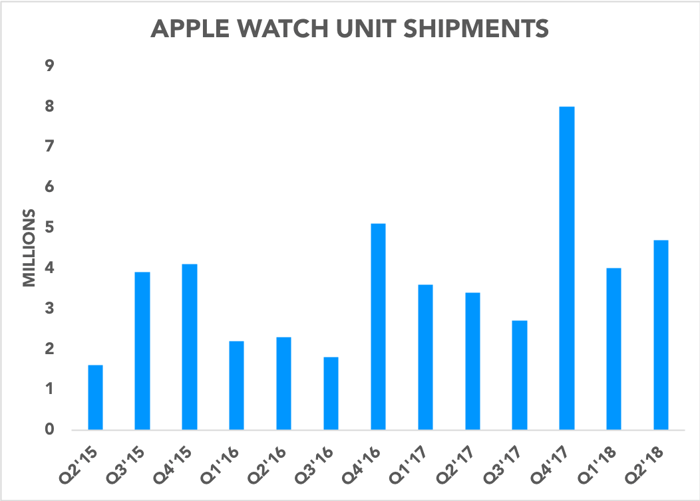 With this data, you can derive cumulative unit volumes: 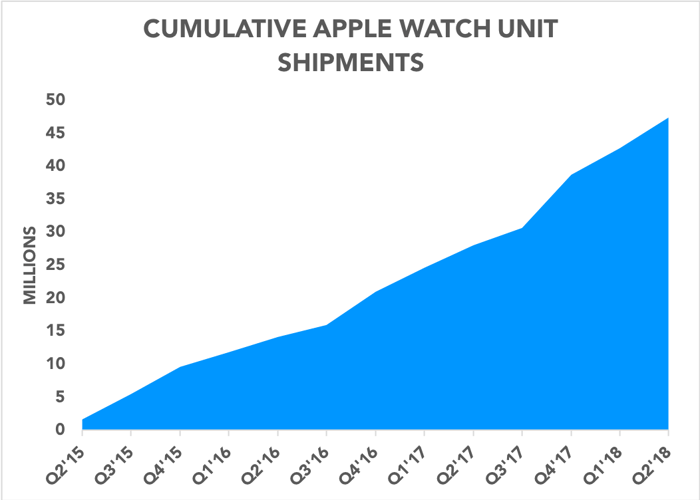 For reference, Apple sold 695 million iPhones over the same time frame, implying a roughly 7% attach rate for the smartwatch.

However, even if IDC's data is correct, there are still plenty of other questions. We still don't know how much revenue those units would translate into, since the average selling price (ASP) remains anyone's guess. Apple Watch's pricing range was particularly wide for the first-generation model, which included a $17,000 model made out of gold. Pricing has narrowed since, with Series 3 costing between $329 and $1,299. If we use an ASP of $500, that would suggest lifetime Apple Watch revenue of $23.7 billion.

We also don't know how many of those sales are to new users compared to upgrades. Both are important measures of Apple's business, as once Apple captures a new user it can typically rely on those customers for regular upgrades over time. Knowing how big the installed base is would be very helpful for shareholders.

If there's one thing we know about Apple, it's that it likes to brag when it hits certain milestones. If the company is indeed approaching 50 million lifetime Apple Watch units, there's a reasonable chance that CEO Tim Cook would acknowledge achieving that milestone in a passing comment on an earnings call. If Cook chooses to do so, that would be the most concrete data point on Apple Watch that Apple has ever given.