Apple (NASDAQ:AAPL) has been developing video content for over a year, with supposed plans to launch its own video-streaming service. For now, Apple has integrated some of its video content with Apple Music, its premium music subscription service, which has over 50 million subscribers. Apple Music now has more U.S. subscribers than Spotify (NYSE:SPOT).

Apple's big push into media could result in a business bigger than Spotify and Netflix (NASDAQ:NFLX) combined. A bundle of all three services could propel the business to $37 billion in revenue by 2025, according to analysis by Morgan Stanley's Katy Huberty. For reference, analysts estimate that Netflix will generate $15.85 billion in revenue this year and Spotify will bring in $6.11 billion. 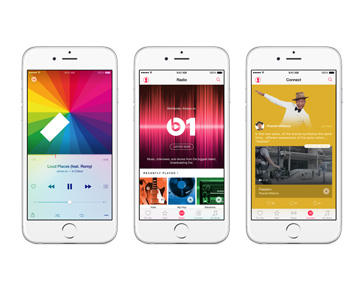 Apple did it before

It's important to remember that Apple was already once a dominant force in digital media with the introduction of digital song and video downloads through iTunes. It was also a significant player in e-books before regulators dealt it a legal blow. Apple still accounts for about 9% of e-book sales in the U.S., second only to Amazon.

Apple built its digital media business on the back of its successful devices: iPod, iPhone, and iPad. And people are still using those devices. Apple has an active installed base of 1.3 billion devices.

It's already shown the ability to convert device owners into subscribers with Apple Music. Huberty estimates the streaming service will bring in $4 billion in 2018 alone, already nearly as much as Spotify. And Apple is growing significantly faster than Spotify.

Apple has now demonstrated it's capable of building a customer base for digital media on the back of its installed base twice over. It built Apple Music despite Spotify and several other major competitors in the space having massive head starts. This should give investors at least some confidence that it's capable of expanding into other verticals like video and magazines.

A bundle could get the video service off the ground

Bundling is a time-tested strategy for increasing lifetime customer value. With an expanding slate of subscription media offerings, Apple could use bundling to its advantage. In particular, a bundle could help the forthcoming video service get off the ground in terms of subscriber growth.

Huberty points out that a bundle would differentiate Apple's media offerings from the competition, creating a perceived higher value among consumers. Perhaps more importantly, she notes that it would reduce Apple's dependency on big video hits to drive subscriber growth for the video service.

Apple is planning to spend about $1 billion on original video content. It has quite a few high-profile productions in the pipeline, but that budget still pales in comparison to Netflix's roughly $12 billion in planned cash spending for content in 2018.

While Apple could undercut Netflix's pricing with its own video service, Netflix is not the only video subscription service Apple has to worry about. There are a growing number of over-the-top video services from companies with big budgets and strong brands that Apple has to compete with. Bundling video with Apple Music and Texture can really set Apple apart from the competition.

While controlling half of the devices in Americans' pockets can certainly help drive subscriber growth, a bundle will give Apple an extra benefit. Huberty predicts that the bundle option would provide a 64% revenue bump compared to offering stand-alone services only. She expects Apple to offer both stand-alone and bundled options, resulting in revenue between $22 billion and $37 billion in 2025. That's bigger than Spotify and Netflix combined today.