Please ensure Javascript is enabled for purposes of website accessibility
Log In Help Join The Motley Fool
Free Article Join Over 1 Million Premium Members And Get More In-Depth Stock Guidance and Research
By Demitri Kalogeropoulos - Sep 10, 2018 at 11:09AM

Express Scripts Holding Company (ESRX) outpaced the market by gaining 11% last month compared to a 3% jump in the S&P 500, according to data provided by S&P Global Market Intelligence. 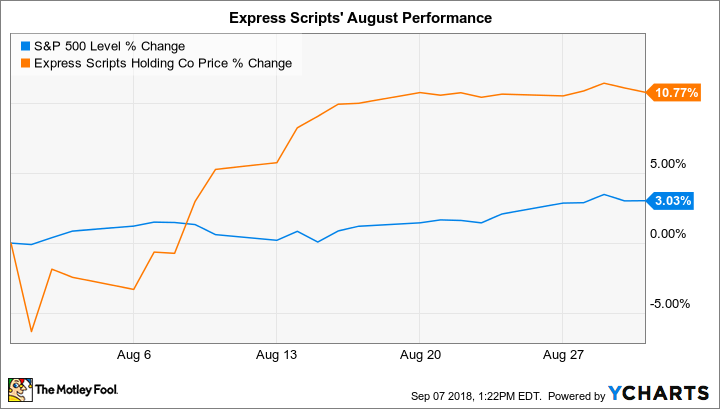 The increase kept the stock ahead of the broader market so far in 2018, although shares have trailed indexes by a wide margin since early 2016.

The pharmacy-benefit manager announced second-quarter earnings early in the month that included slightly lower sales and higher profits. Adjusted claims fell 3.5% to match management's forecast while adjusted earnings rose thanks to cost cuts and prescription product upsells. "We are having a strong selling season across both commercial and health plans," CEO Tim Wentworth said in a press release. 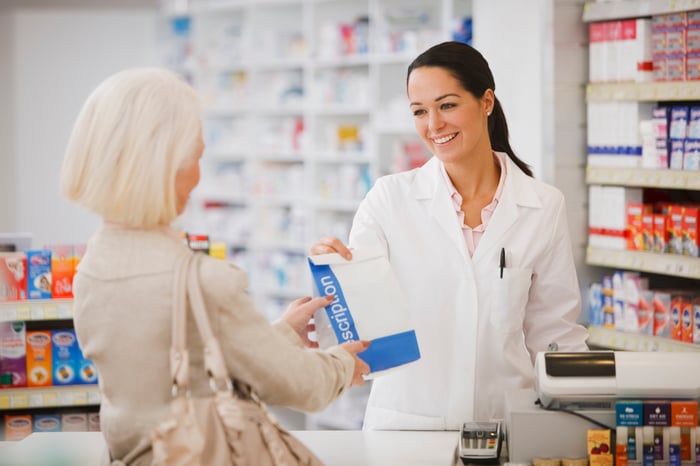 Wentworth and his team lifted several of their operating forecasts for the fiscal year ahead thanks to rising retention rates and improved demand. Meanwhile, executives still expect to be acquired by Cigna in a deal that's likely to close before the end of 2018. That process took a big step forward when shareholders voted to approve the proposed merger on Aug. 24.