Starting from the top, first-quarter revenue checked in at $2.59 billion, exceeding analysts' estimates calling for $2.55 billion. Casey's reported earnings per share of $1.90, which also topped analysts' estimates calling for $1.68 per share. Same store sales for fuel, grocery and other merchandise, and prepared food and fountain were up 0.5%, 3.2%, and 1.7%, respectively. 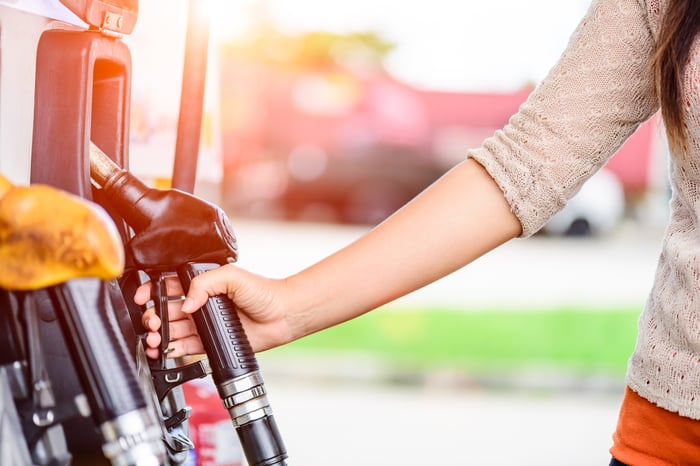 "The combination of recent investments made in expanding our store count, a more proactive strategic pricing approach in all areas of the business, continued focus on reducing labor hours inside the stores, the favorable impacts of tax reform, and share repurchases contributed to strong diluted earnings-per-share growth," said Terry Handley, president and chief executive officer, in a press release.

Investor focus will turn to the company's value creation plan to generate long-term shareholder value. Management has already finalized contracts with vendors for fuel price optimization, e-commerce, and customer facing platforms. During the second quarter, management plans to begin a pilot program for further fuel price optimization and to finalize a marketing plan with fleet card vendors. Casey's will start realizing benefits from those projects, among others of the value creation plan, during the second half of fiscal year 2019.