Hortonworks, Inc. (HDP) stock climbed 28.1% in August, according to data provided by S&P Global Market Intelligence. The big gains came on the heels of the company's second-quarter results. 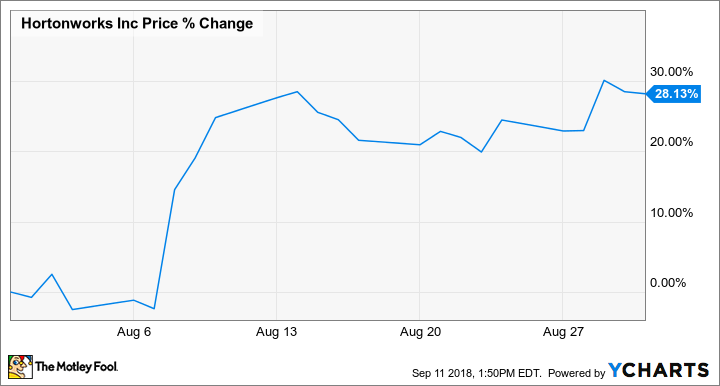 Hortonworks reported second-quarter earnings after market close on Aug. 7 and delivered results that came in substantially ahead of the market's expectations. The stock climbed roughly 17% in the next day's trading and continued to trend higher through the month. 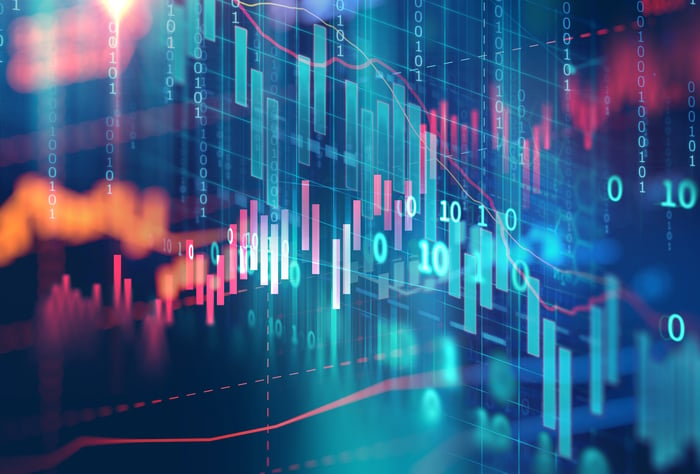 Hortonworks shareholders had plenty to celebrate in the company's most recent earnings release. Subscription revenue (a crucial segment to watch because sales in the category tend to be sticky) for the period rose 42% year over year to land at $65 million. Overall revenue was up 40%, reaching $86.3 million and beating the average analyst estimate by roughly $6 million.

While the company posted an adjusted loss of $0.12 per share for the June quarter, this was significantly better than widely anticipated -- with the average analyst estimate having called for a per-share loss of $0.23. The company also recorded 17 new deals worth at least $1 million in the quarter, up from 10 deals that met that criterion in the prior-year period.

The company is guiding for sales of $87 million in the third quarter and expects full-year revenue to come in between $338.0 million and $343.0 million. Both of those targets are ahead of what most analysts were expecting. The company also expects its non-GAAP operating margin for the year to come in between -10% and -16%, a substantial improvement on the -33% margin it posted in 2017.

The market for big-data management and analytics software is still relatively young, and that makes it difficult to chart how it will shake out over the long term. That said, Hortonworks' Hadoop-based offerings appear to be picking up steam, margins are moving in the right direction, and it looks like the company could be profitable in the not-too-distant future.