Online automotive auction company Copart (NASDAQ:CPRT) reported its fourth-quarter 2018 results on Sept. 19, and once again, the company grew revenue, gross profit, and net income by double-digit percentages, even as it bounces back from adverse impacts of Hurricane Harvey on its business.

What happened with Copart? 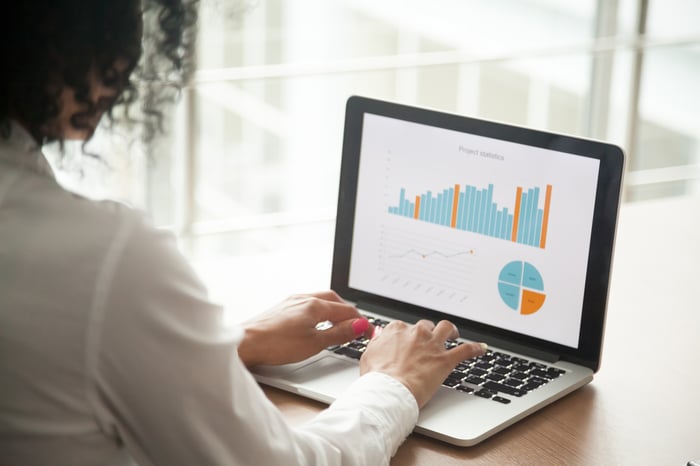 While Copart had a strong finish to its fiscal 2018, the company's management noted in its fourth-quarter earnings filing that its business is still feeling the impact of 2017's Hurricane Harvey. The effect of the hurricane resulted in the company spending additional money on facilities to store vehicles, moving expenses for vehicles, and other costs related to handling increased car volume following the storm.

Management said that its fourth-quarter operating results "were adversely affected by abnormal costs of $79.7 million incurred as a result of Hurricane Harvey," and the costs resulted in a pre-tax loss of $12.8 million for the full year.

Management also mentioned that the Tax Cuts and Jobs Act of 2017 had a temporarily negative effect on its 2018 operating results. "The operating results for the year ended July 31, 2018, were also adversely impacted by the recording of a provisional tax liability" from repatriating some of its foreign earnings. But going forward, the company will benefit from a lower tax rate of 21% in fiscal 2019, down from a rate of 28% in 2018.

Management also took some time on the earnings call to point out that an increased focus on marketing efforts for its online auctions is starting to pay off. Copart's vice president for U.S. operations, William Franklin, said, "The number of unique bidders is up over 30%. And the increase in number of bids received per lot is up almost 9%." He added that, "We have two objectives: first, is to increase the number of bidders that participate in our online auction; and second, is to increase the bidding activity of those who do. We are executing well on both."

Copart's management doesn't offer guidance, but in past quarters, the company's leadership has shed some light on Copart's plans. Management said on last quarter's earnings call that Copart will continue to spend money on acquiring and developing new land so it can increase how many vehicle lots the company owns. Copart's management reiterated that plan on the fourth-quarter call by saying that there are 28 land developments currently under construction (though no new vehicle yards were opened in the fourth quarter), and Franklin said, "I think you'll see a number of those being announced in the next two quarters."