Apple's (NASDAQ:AAPL) latest iPhones are finally here, and they're costlier than ever. The entry-level iPhone XR is $50 pricier than last year's iPhone 8 and $100 costlier than the cheapest version of the iPhone 7, which launched a couple of years ago.

It's understandable why Apple is following this strategy to make up for the weak unit sales growth by boosting the average selling prices of the iPhone lineup. The company's top line has increased 15% in the first nine months of the current fiscal year, even though iPhone unit sales have been roughly flat year over year.

However, such a move will prove costly for Cupertino in India -- the second-largest smartphone market after China -- where it's failed to establish a foothold. Here's why. 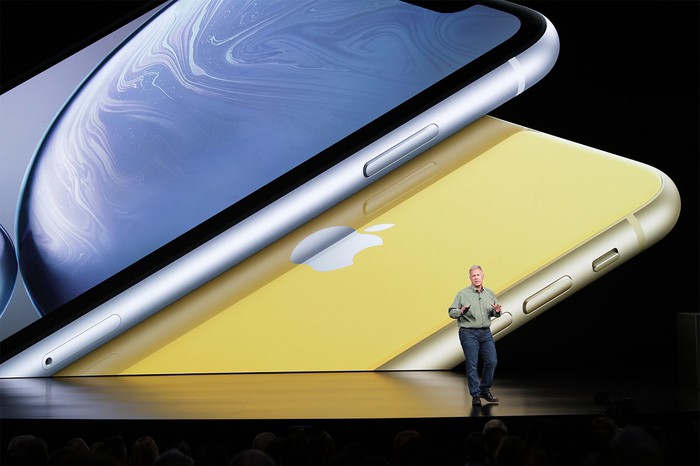 The iPhone X was a really expensive product in India. It launched at a base price of around $1,400 in India last year, way higher than the U.S. retail price of $999. In fact, India was the second most expensive country in which to buy an iPhone X, thanks to import duties and a weak currency.

Not surprisingly, Apple lost its footing in India's premium smartphone market last year. During the second quarter, the company's share of premium smartphones in India fell to 13.6% compared to 29.6% in the prior-year period, according to Counterpoint Research. Apple has shipped 40% fewer iPhones in India during the first six months of 2018 as compared to a year ago, with OnePlus' and Samsung's phones occupying the top two spots thanks to a smart pricing-and-product strategy.

For instance, the 128 GB version of Samsung's latest Galaxy Note 9 device goes for roughly $940 in India at the current exchange rate. This is less than the $999 price tag that the same version carries in the U.S. The South Korean tech giant has been able to keep the Indian price at par with the international one thanks to its manufacturing footprint in the country.

Samsung is serious about the Indian market, which is why it recently opened the world's largest smartphone production facility in the country earlier this year. Such a move should help Samsung boost local sourcing of components and also skip the fees that it would have paid if the phones were imported. As such, the smartphone giant can keep pricing competitive and offer more value for the money than Apple, whose latest product-and-pricing strategy indicates that it's about to lose more ground in India.

With the launch of the new slate of iPhones, Indian consumers now will have to cough up more money to get into the iOS ecosystem. The cheapest version of the "entry-level" iPhone XR will go on sale in India at a price of around $1,065 (or INR 76,900). This is a massive 42% premium over the price at which it will be sold in the U.S., thanks to import fees and the weaker rupee.

Had Apple been serious about aggressively building its manufacturing operations in India, the iPhone XR would have been way cheaper than the Samsung Galaxy Note 9. What's more, the iPhone XS, which costs $999 in the U.S. for the 64 GB version and is priced identically to the Galaxy Note 9, will retail in India at a premium of nearly 40%.

Instead, the company started manufacturing the 3-year-old iPhone 6S in India around three months ago, making it the most affordable iPhone for Indian customers, with a local price tag of around $414 (INR 29,900 Indian rupees converted at the current exchange rate) for the 32 GB model. Additionally, Apple seems to have pulled the plug on the iPhone SE, as it's no longer mentioned on the company's Indian site.

Apple is making additional mistakes. The iPhone SE was the Indian consumer's ticket to the iOS ecosystem, thanks to a dirt cheap price of less than $275. This entry-level device ensured that smartphone buyers in India had a chance to experience the Apple ecosystem. With that out of the way and an outdated device on offer that's priced close to Android devices such as the OnePlus 6, which offers better specs and more storage, the iPhone 6S won't move the needle for Apple in India.

Set to miss out

A new-generation iPhone SE with better specs and a slight premium to the outgoing device would have helped Apple bring new smartphone users into its fold. This would have given the company a better chance to upsell its premium phones to Indian consumers in the future and establish its foothold in a country whose per-capita income is expected to double over the next 10 years.

However, Apple's strategy of focusing on pricing instead of volume, even in a fast-growing smartphone market such as India, means that it's going to miss out on creating a base of loyal users who might have stuck to its ecosystem and moved more units in the long run, thanks to increased purchasing power.