The iPhone maker is reaching middle age, and its most important product has run out of room to grow. That doesn't mean it's a bad stock to own, though.

Investors don't seem to know what to make of Apple Inc (AAPL -1.92%) these days. The iPhone maker still reigns supreme as the world's most valuable company and has attracted the backing of Warren Buffett of Berkshire Hathaway, one of many who see it as a deep value stock. However, among other investors there's a sneaking suspicion that Apple is a dinosaur, turning into the Microsoft of yesteryear, a hugely profitable no-growth giant that is over-reliant on one product line. There's no question that Apple's once-blistering growth has slowed -- quarterly revenue growth hasn't topped 13% in two years. Yet investors hoping for a return to the days of yore are likely to be disappointed. Here are three reasons why. 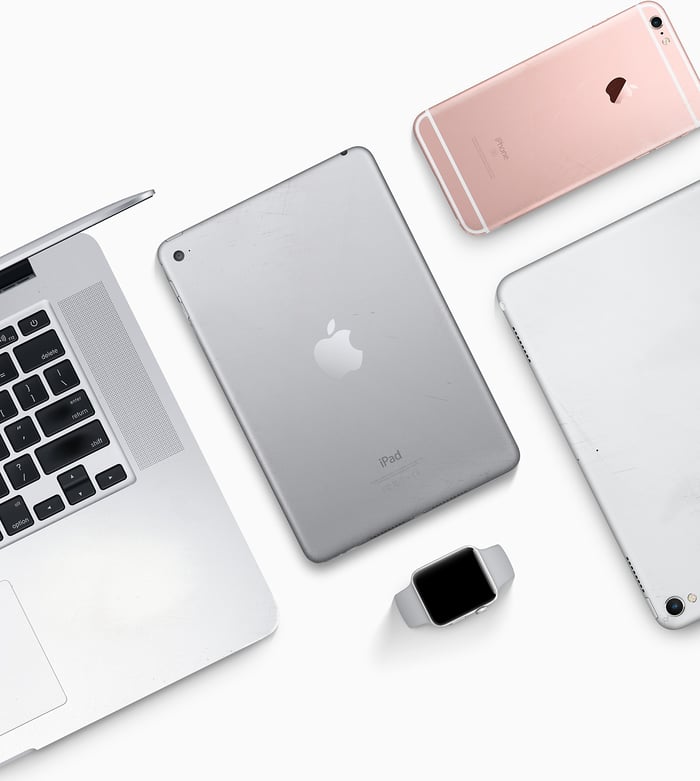 1. The magic is gone

In the Steve Jobs era of the aughts, every product launch was transformative. The iPod, iPhone, and iPad all redefined or created new product categories and captivated customers at the same time. People regularly lined up for hours, or even overnight, for new iPhone launches, giving the brand a powerful mystique and market power.

More recently, however, the company has been unable to capture that former magic. The Apple Watch has performed respectably, topping 18 million unit sales last year, and Apple has nearly half of the smartwatch market, but its smartwatch hasn't become the must-have product that its other gadgets were. Similarly, Airpods have also been popular, with an expected 25 million unit sales this year, but a product like wireless earphones will always be an accessory, rather than a core product.

In other areas, Apple seems to be flopping. The Homepod, for example, was launched late and with a higher price point than products from rivals like Alphabet and Amazon. Sales have been slow thus far, and reviews middling, with many criticizing Siri's weak responsiveness compared to competing products like Amazon's Alexa.

In television, Apple also seems to be lost in the wilderness. Despite its deep pockets and years of talk about entering TV, the iPhone maker has been unable to develop a meaningful foothold in the growth market. It's now planning on spending $1 billion on original programming, but based on its track record in the category, I'd keep my expectations low.

Meanwhile, the company is relying on its services segment -- which includes things like the App Store, Apple Music, and AppleCare -- for growth, but that's also not going to revolutionize any consumer market. Despite some success with the Apple Watch and Airpods, the company doesn't seem capable of moving the needle with a new product or idea anymore.

More than a decade after its launch, the iPhone still makes up the vast majority of Apple's revenue, contributing 70% of sales in its most recent quarter. iPhone revenue increased 13% in the first quarter of fiscal 2018 thanks to the introduction of the high-profile iPhone X, but Apple can't reinvent the wheel, er iPhone, every year like it just did. After 10 years of incremental improvements, its trademark smartphone can only get modestly better. And both smartphone sales industrywide and iPhone sales are plateauing as so many adults have one, and upgrade cycles are lasting longer. The iPhone's unit sales have been essentially flat for three years and are expected to remain that way. That means in order to grow iPhone revenue, the company has to hike its price point, but it can only do that so much, especially after the iPhone X started at $1,000.

If 70% of Apple's revenue base has become stagnant, that's a problem for the company's overall revenue growth.

3. The law of large numbers

In many ways, Apple is a victim of its own success. Apple is running up against the law of large numbers, which says that the bigger a company becomes, the harder it is to grow. Apple's size means that products like Apple Watch and Airpods, which would be blockbusters at a company like, say, Fitbit, barely move the needle for Apple. Apple once seemed impervious to the logic of large numbers, but that's no longer the case.

The iPhone is the most successful branded product in history, at least in a business sense, and the company would need to catch lightning in a bottle again for its growth to soar once more.

With current management focused on incremental revenue streams like services, that seems unlikely to happen. As long as Apple keeps churning out piles and piles of profits, it looks like a solid value stock, but its high-growth days appear to be over.