No matter what twists and turns the broader market does, there are companies trading today that are at relatively early growth stages and will go on to do big things and deliver tremendous returns for shareholders. We asked three Motley Fool contributors to shine a little spotlight on some companies that aren't yet getting the attention they deserve -- a characteristic that points to opportunities for investors. Read on to see why they identified iRhythm Technologies (NASDAQ:IRTC), CannTrust Holdings (OTC:CNTTQ), and Baozun (NASDAQ:BZUN) as growth stocks that are on track to deliver tremendous returns. 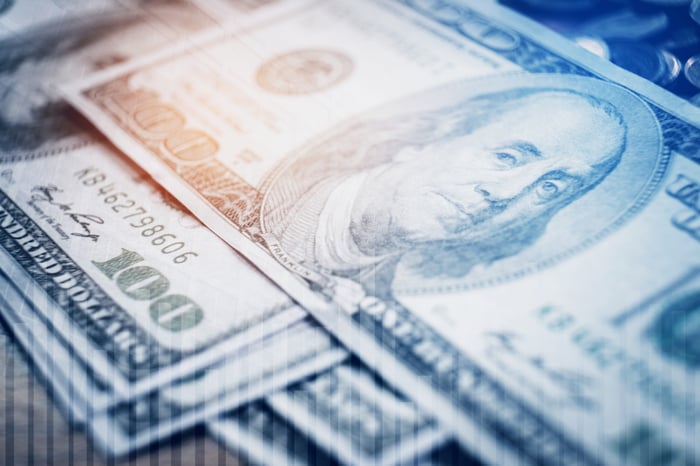 Digital health leader (but it's expensive)

Maxx Chatsko (iRhythm Technologies): High-tech gadgets have nestled their way into seemingly every part of daily life, but when it comes to cardiac health monitoring, patients are often sent home from the doctor with bulky devices that look more like giant beepers from the early 1990s. Holter monitors and event recorders comprise 89% of the cardiac diagnostic market in the United States, but the latter often comes with the super-inconvenient requirement to send data (in the form of audible beeps) over a landline.

In other words, the space is ripe for a giant leap to the 21st century -- and iRhythm Technologies is one company leading the charge. The digital health leader offers the Zio platform, which couples a small, wireless electrode patch worn on a patient's chest with a user-friendly digital dashboard that can be accessed from a smartphone or computer. Cardiac data are continuously recorded and sent to your doctor for analysis and diagnosis. Plus, Zio is lower-cost and provides more valuable diagnostic data than older-generation technology.

It's a simple idea, but it has led to tremendous growth for the business. iRhythm Technologies has grown revenue at a compound annual growth rate of 66% since 2014. After posting $98.5 million in total revenue for all of 2017, the company expects to deliver around $139.5 million in 2018. However, the business is not profitable and the stock is very expensive: A $2.3 billion market cap means it trades at nearly 20 times sales. But Wall Street is betting the business will grow into its hefty valuation over time.

The stock may get even more attention after Apple announced that the next Apple Watch received FDA clearance (not to be confused with FDA approval, which is reserved for regulated medical devices) for cardiac health monitoring. While that may be considered a risk, wrist-based sensors are not as accurate as chest-based sensors such as those in the Zio platform. Additionally, the Zio patches are covered by insurance programs protecting 290 million Americans and have recorded over 250 million hours of heartbeats, which iRhythm Technologies thinks is the largest repository of such data in the world.

Long story short, iRhythm Technologies stock is trading at one heck of a premium, but it's worth keeping an eye on for investors interested in high-growth businesses.

George Budwell (CannTrust Holdings): Unless you've been hiding under a rock of late, you're probably well aware that Canadian cannabis stocks have been going through the roof. While the market's enthusiasm for this group of stocks is well founded due to the upcoming legalization of recreational marijuana in Canada, combined with the growing interest from alcohol and beverage companies in forming partnerships ahead of this seminal event, there is a clear and present danger lurking in the background. Put simply, there are far more growers popping up than business to go around.

The Canadian legal cannabis market, after all, is only expected to generate $5.4 billion in sales in 2022, and there's no guarantee that the much larger U.S. market will open up anytime soon. As a result, a brutal price war seems inevitable -- an event that is likely going to drive numerous companies out of business. That's why investors in this red-hot space need to consider names that can withstand this forthcoming supply glut, as well as the painfully slow march toward legalization in the United States.

CannTrust Holdings is arguably one of those few select names. CannTrust stands out because the company already has a strong foothold in the medical marijuana space through its partnership with Canada's largest generic drug company, Apotex. Secondly and perhaps most importantly, the company hasn't leveraged its balance sheet to the max like several of its closest competitors. In fact, CannTrust has a relatively healthy balance sheet that should permit continued expansion into key international markets -- even while prices inevitably sink in its domestic market.

In all, CannTrust is a risky play because of the rapidly changing dynamics of the marijuana industry as a whole, but this company is among the few that appears to have the ingredients necessary to remain in the game for the long haul.

Keith Noonan (Baozun): With China's stock market moving further into bearish territory amid trade disputes with the U.S., heavily growth-dependent tech stocks might be looking less appealing. Those risks might look even bigger for Baozun -- a company that provides customizable e-commerce platforms, order fulfillment, and customer services for Western brands looking to expand their businesses in the Chinese market. While the trade situation can't be completely disregarded, I think Baozun is a growth stock that's poised to deliver great returns for long-term shareholders.

China's e-commerce market is booming, expanding 32% annually in 2017, and Baozun's role in connecting brands and customers directly, as well as through online megaoutlets like Alibaba's Tmall and JD.com, positions it to thrive. You wouldn't know it from its stock performance, but the business's outlook is better than ever on the heels of the strong second-quarter results it delivered in August. 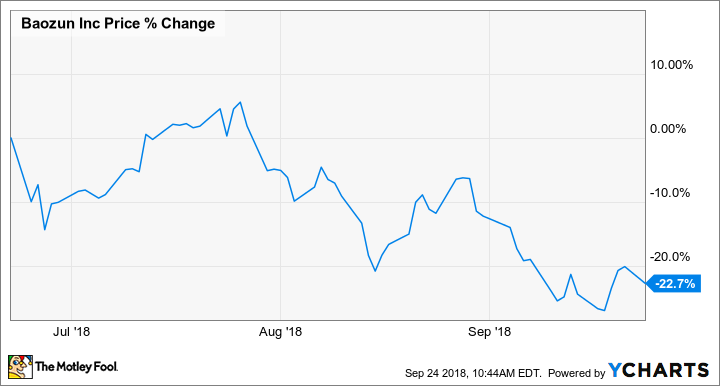 Sales were up 30% year over year, operating income climbed 53%, and adjusted earnings were up 34%. The company's June-ended quarter saw its gross merchandise volume increase 69% year over year, benefiting from the addition of 22 new brand partners compared with the prior-year period. In the August earnings call, management also teased new partners in the cosmetics, apparel and sportswear, luxury, kids' toys, and home furnishing product categories that are expected to come on board the platform within the next year.

Shares trade at roughly 44 times this year's expected earnings, which might not look cheap on the surface, but it's a valuation that leaves room for substantial capital appreciation in light of the business's tremendous room for growth.