There are thousands of stocks investors can buy, so deciding which make the most sense to own in long-term portfolios, such as retirement accounts, can be tough. Economies can rise and fall, and competitors can disrupt business models, but these three Motley Fool contributors think Illumina (NASDAQ:ILMN), Intuitive Surgical (NASDAQ:ISRG), and Amazon (NASDAQ:AMZN) have what it takes to reward investors over the long haul. Read on to see what separates these stocks from the countless others that you could stash away for 20 years or more.

We're only just starting to turn genetic discoveries into solutions

Todd Campbell (Illumina): Technology moves quickly, and that makes picking a technology stock to own for 20 years or more a bit of a guessing game. Nevertheless, I think stashing shares of health-technology company Illumina in long-term portfolios will pay off. 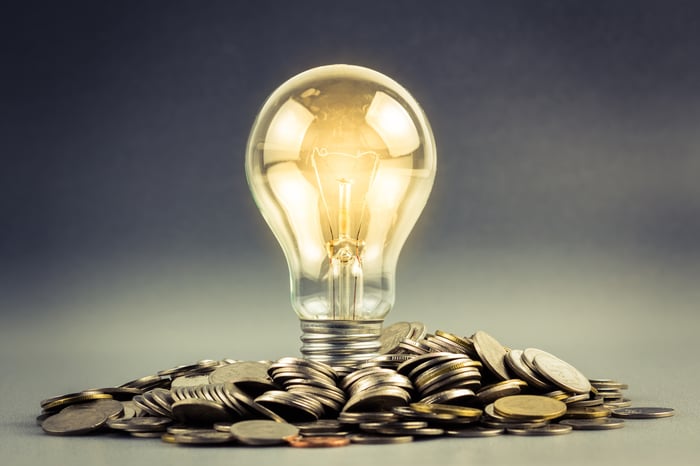 Illumina develops and sells machines and consumables used for genetic sequencing, and it's by far the biggest manufacturer of these systems on the planet. I suspect Illumina is going to become a much larger company as researchers dive deeper into the human genome for clues to what causes disease, drug developers turn those discoveries into treatments, and doctors and patients embrace screening to enable personalized care.

Its 11,000-plus machines deployed globally have been used to conduct 90% of all genetic sequencing done to date, and widespread use of its machines already produces plenty of profit-friendly revenue. A 15% increase in sales to $2.75 billion allowed it to deliver non-GAAP net income of $591 million in 2017. And in the second quarter of 2018, revenue grew 25% year over year to $830 million and non-GAAP net income was $212 million.

The ability to transform genetic insight into real-world solutions that improve our lives is only beginning, so Illumina is one of my top recommendations as a core holding in long-haul growth portfolios.

Sean Williams (Intuitive Surgical): Although a lot can change over the course of 20 years, one company that I believe can hang on to its competitive advantage in a consistently high-growth, high-demand space is Intuitive Surgical, a developer of robotic-assisted surgical systems.

One of the quirks that makes Intuitive Surgical unique is that its margins should actually increase over time. Though you might think that the company's expensive da Vinci surgical systems are what drive its margins, that's really not the case. These machines are intricate and costly to make, which means they have relatively low margins. Instead, the instruments that are purchased with each procedure and the servicing needed for the da Vinci system are driving margins higher. As more of these systems are installed, the percentage of high-margin revenue that Intuitive Surgical collects should rise. It's that simple.

Intuitive Surgical also has a very comfortable lead in terms of its installed system base relative to its competition. The company is currently closing in on 4,500 installed machines worldwide, according to an August investor presentation. You could add up all of its competitors, and they still wouldn't be within a stone's throw of Intuitive Surgical. And because the da Vinci system is so pricey -- and given the amount of training that goes into using it -- it's very unlikely a hospital would switch from Intuitive's device to a competitor's. This gives the company's current revenue stream quite a bit of predictability.

Finally, there's also plenty of room for market share expansion into colorectal and thoracic surgeries. Already possessing extensive market share in urology and gynecology surgeries, Intuitive Surgical is still just beginning to realize its long-term potential. It's a great example of a stock to set and forget.

Chris Neiger (Amazon): What I love about Amazon is that the company never stops entering new markets and (usually) quickly dominates them. That's precisely what Amazon has done with the cloud computing market, what it's beginning to do with advertising, and what it did years ago in online retail.

Let's start with retail, since it's Amazon's key revenue driver. North American retail sales in the second quarter were up by 44% year over year. That's good news by itself, but the bigger picture is that Amazon continuously uses innovative methods like its Prime membership and Echo devices to keep online shoppers tied into its ecosystem. Amazon's competitors have tried to match its speedy delivery service, but they haven't been able to replicate the same stickiness that Amazon's business has created through its Prime membership or Echo devices.

Secondly, Amazon's bottom line is benefiting from the company's bet on cloud computing. Amazon Web Services (AWS) holds the No. 1 spot in the cloud infrastructure market right now, with 33% market share. And AWS generated an impressive $1.6 billion in operating income in the second quarter. AWS sales grew by 49% from the year-ago quarter, and there's plenty more room for growth. The cloud computing market is expected to reach $302.5 billion by 2021, up from $153.5 billion in 2017.

And lastly, investors should also consider Amazon's increasing strength in the advertising space. The company just became the third-largest digital ad platform in the U.S., and eMarketer estimates that 7% of all U.S digital ad sales will be on Amazon's platform by 2020, up from about 4% this year. Amazon has the potential to grow its advertising platform into an even bigger business than AWS in the next few years.

With Amazon dominating the retail and cloud computing markets and quickly becoming a key advertising player, the company has three solid businesses that should keep sales humming along for decades to come.