Shares of Delphi Technologies (NYSE:DLPH), a manufacturer of engine propulsion solutions aimed at improving emissions and fuel economy for major automakers, are down 11% as of 10:54 a.m. EDT after Delphi's CEO agreed to step down and the company revised its full-year outlook.

Delphi Technologies announced Friday that Chief Executive Liam Butterworth is stepping down to pursue other opportunities after less than a year heading the company. Delphi named Hari Nair as interim CEO, effective immediately, alongside the announcement that the company would cut 2018 revenue due to "challenging industry dynamics" and other factors. Revenue for 2018 will now be flat compared to the prior year, down from the prior guidance of 2% to 4% growth. Delphi also lowered its adjusted operating margin guidance by 80 basis points: down to a range between 11.3% to 11.5% from prior guidance of 12.1% to 12.3%. 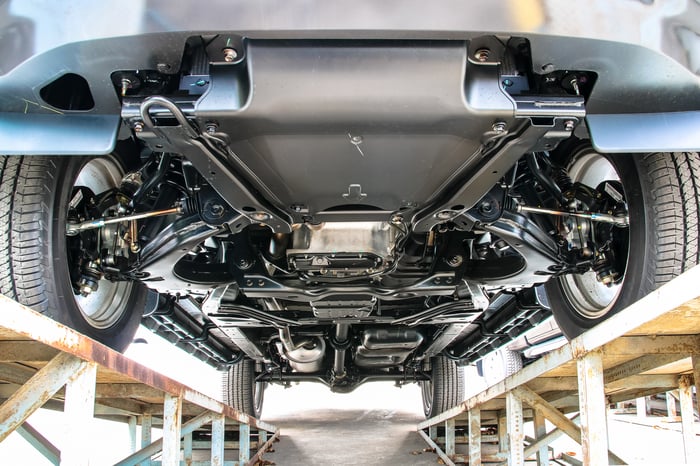 It's another speed bump for Delphi Technologies, which was spun off from Delphi Automotive as the remaining entity turned into Aptiv (NYSE: APTV). 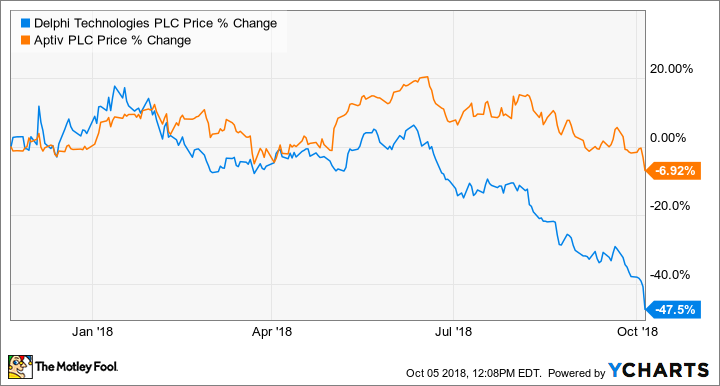 After the spin-off and being separated from Aptiv's driverless-vehicle-technology business, Delphi Technologies is struggling as new vehicle sales in North America plateau. Going forward, Delphi will have to find a permanent CEO and innovate new-fuel injection and valvetrain systems to help revive top-line growth.